At a meeting held last Friday evening, the Carleton Place Golf Club was organized and the following officers were appointed; President – George H. Findlay, Vice-President – Robert A. Galbraith, Secretary-Treasurer – Dudley B. Oliver, Executive Committee – G.A. Burgess, R. Thompson, D.W.F. Caldwell, C. W. Bates and A.E. Cram. Work will be commenced at once to get the grounds in shape. The old Speirs farm on Appleton Road has been purchased from Mr. Burgess and the antique stone dwelling will be converted into an ideal clubhouse. The new organization starts out under the most favourable auspices. – Friday, June 18, 1915 / Almonte Gazette

Although the golf course is the centerpiece of the operation, the story of the Mississippi Golf Club is really about the members, both past and present, who have persevered during both bad and good times. There has never been a shortage of members willing to assist in the operation of the club by serving on committees, in Board positions or just being available to assist for instance in placing and removing the tarps covering the greens each spring and fall. This spirit of co-operation is the life-blood of the club and also assists in the bottom line financially.

The original 9-hole layout was designed by Perth golf professional James Newman in 1915. With the purchases of extra land, Cataraqui G&CC (Kingston) golf professional Dick Green was able to expand the nine-hole course in 1970 and in 1987 renowned golf course designer Graham Cooke designed and supervised the construction of an additional nine holes making the Mississippi Golf Club officially an 18-hole operation on June 11, 1988.

The fall, winter and spring of 1997-98 saw the original old stone clubhouse destroyed by fire, the Ice Storm of 98 claiming numerous trees and a flood leaving some fairways under five feet of water, bridges washed out and a late start to the golf season.

One day after the fire, a clubhouse committee was formed and by June of 1998 a new clubhouse was open for operation. Bill Hudson and his maintenance staff worked diligently along with the membership to clean up the damage caused by the ice storm and the flood.

Through this trying time of adversity, the membership as they always have, banded together to move forward. The significance of belonging and participation is a trademark of the Mississippi Golf Club that has always seen the membership through the hard times.

Not only have the members donated their time when needed, they have also donated benches, rain shelters and a number of trees. Wheeling and dealing is a staple at Mississippi and green fee play on the golf course has been traded to various companies for their work and material on cart paths, retaining walls and the parking lot.

Member owned, the Mississippi Golf Club is operated by a volunteer Board of Directors and managed on a day to day basis by PGA of Ottawa golf professional Dan Kolar.

The golf course is an easy and pleasant walk and like other golf courses course knowledge is essential in placing shots and giving golfers the opportunity to post good scores. Measuring between 5412-6542 yards, the course is not long but is full of surprises for golfers not paying attention.

Meandering along the shores of the Mississippi River, the front, Carleton Place, nine features a number of holes that are visually appealing. Many consider the par-three, 7th-hole off the blue tees to be the signature hole on the course where golfers face a 230 yard shot over the river to an almost hidden green. The tee shot off the white tees on the 8th hole gives golfers two options. Do they play it safe through an opening over the river or try and carry the trees that form a natural barrier to the fairway? Another decision has to be made on the tee shot on the ninth hole. Do you blast away in an attempt to carry the creek or lay up? If you choose to lay up make sure you do so short of the 150-yard marker as balls hitting the down slope near the marker have a tendency of finishing their journey submerged in the creek.

Having called ahead to the kitchen from the ninth tee, golfers can pick up their food and beverage orders or fill their water bottles as they pass the clubhouse on their way to the back nine.

On the back, Almonte, nine, golfers are faced with their first challenge immediately on the tenth tee. A shot left of the tree line along the right side to the fairway is essential to provide a view of the green protected by a carry over water and strategically placed groups of trees. Many golfers consider a 4 on the par 3-14th hole a bonus. A precision shot of approximately 105 yards doesn’t appear to be hard, but miss the green short or right and water and a bunker are lurking. Miss left and it’s a tough up and down. Even hitting the green, golfers are not assured of a par with the numerous undulations present on the green. Take the time to have a good laugh as you look at the suggestion box located on a pole in the center of the stream in front of the tee.

Throughout the course, nature has taken its toll on some of the majestic elm trees on the Mississippi. Rather than take away the diseased elm on the right side of the 17th hole, golfers will notice a sculpture carved out of the lower portion of the elm created as a testimonial to a portion of the wildlife found at the Mississippi Golf Club including blue herons, other birds as well as a resident coyote. Also carved around the tree is a tribute to the 100th Anniversary of the Mississippi Golf Club. This tribute was paid for by donations from the membership, just another way the members care for their course.

During its years of operation throughout the Ottawa Valley, the Mississippi Golf Club has been known for its friendly atmosphere, pride of membership and outstanding course conditioning. Visitors are always welcomed and after playing the course, many have become members.

During its 100th Anniversary year, past members and visitors are invited to attend centennial activities or just play a well groomed golf course that has stood the test of time along the shores of the Mississippi. 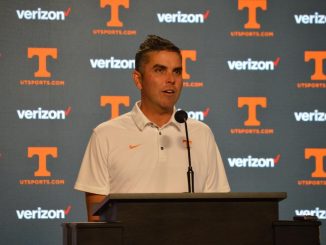 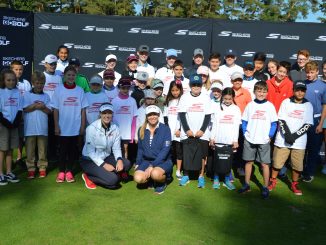