When he was waltzed into the media room at The Masters on Tuesday, Jordan Spieth said all the right things.

His comments did not appear to be coming from a boastful 21 year-old but an experienced veteran professional.

“Having been so close last year and have a little experience and riding some momentum, I hope to put myself in contention and use what I’ve learned since last year.”

He did just that, and then some, on Thursday as he turned in a nine birdie performance that netted him a 64 and the first round lead at The Masters.

It certainly was not a surprise to see Spieth play well. But he took it to a level beyond what most people expected even given his recent play – including 3 wins in his last 11 worldwide starts and his tie for 2nd at Augusta National last year.

At 8-1 odds (all odds via Odds Shark as of Tuesday afternoon) Spieth certainly lived up to the hype.

He is off to the start that he needs, and wants.  As he said after his round Thursday “I can control my own destiny.”

The Favourites as of Tuesday at 4 p.m.

Comments – A scrappy day. No surprise that he paced the field at 327 yards a drive but he clearly did not take advantage of the length – a familiar pattern for him at the Masters in his six previous showings.  His length, and shorter approaches, may favour him against the field as the greens firm up.

Comments – Admits he did not have as full of control of the golf ball as he did during his run of top play late in 2014.  Says he got lucky with some of his misses on Thursday.  Putted like a genius with 1.39 putts per green. Made just one bogey.  Expect more quality play the rest of the week but the 64 likely to be his lowest score as the course will only get firmer and harder to tame.

Comments: The two-time champion tied the 65 year-old Tom Watson for “Low Watson” in round one.  Bubba opened both his wins at Augusta National with a 69 but his 71 is still his third best starting score in six previous appearances. Hit the ball steadily but the putter betrayed him. Two three putts hurt but he balanced them with four birdies.  Three were earned on par fives as you might expect from the long knocker (he averaged 321 yards er tee ball on Thursday).

Comments: A shark lurking in the water.  The explosive Johnson is one to watch on Friday. “It was okay, not great.  I hit a couple bad drives but other than that I played good,” was Johnson’s reaction to his first round but his body language said otherwise. Key an eye on him Friday.

Comments: His round was made by a run on holes 8 through 16 where he reeled off seven birdies in nine holes.  With the exception of 2012 where he withdrew from the tournament in the second round due to an ankle injury, his record at Augusta consists of a t-20, a 3rd, and a t2. His 64 in round two in 2011 proves he is far from intimidated by the Mackenzie/Jones masterpiece.  His missed a bunch of greens on Thursday but skillfully saved par while taking advantage of the greens he missed with a hot putter.  A good combination heading into the final 54 holes.

Comments: Given he is coming off a bout with the flu there was a little less pressure on Stenson than there might have been.  He was a hot pick for the win by many for his ball striking alone although his putter has been a little questionable of late.  That is a big achilles heel at Augusta where his approaches need to be close to make up for that weakness. A wet double bogey on #12 was a big scar on his card Thursday.  Will have to work hard to improve on his Masters personal best tie for 14th from last year.  No three putts on his card in round one but if he had not made a three birdie run on holes #13-#15 an early exit on Friday might have been assured.

Comments:  He gave away a decent start with bogies on 16 and 18.  Fought his swing on Thursday, only hitting 11 greens without a lot of approaches tight to the hole locations. Has not been out of the top 20 in the last five years so expect him to clean things up in round two.

Comments: A typical round from the three-time champion.  Moments of brilliance leading to three birdies on top of an eagle on #8 but it was all marred by three bogies including one on the 18th. Even so it is six strokes better than his opening score last year when he did not make it to the weekend.  Had a hot start in Houston last week but faded in the final two rounds.  It is Augusta but not sure if there is a 4th green jacket in the cards this year.

Comments: Did not see a single shot of his round but 6 birdies on his card should make others wary.  If he can clean up the bogies and continue normal style of aggressive play, even as the course gets tougher, he may make some noise on Friday.

Comments: Got off to a hot start with birdies on the first two holes but fizzled from there.  Never got any momentum going, resulting in a mixed bag of birdies (3) and bogies (4).  Will have to figure out his driver is he wants to match or better his tie for 5th he had last year. He found just seven fairways on Thursday.

Comments: Kept his score acceptable with a short game that surprised many.  Failed to give himself many birdie opportunities; certainly a lot less than you would expect for a player who has tamed Augusta National  throughout his career. No matter what you thought of Tiger’s round he is not panicking . “I’m still in it.  I’m only nine back. We’ve got a long way to go,” he noted after his round.

Comments:  Low expectations given that he missed the cut in 2014 but got off to a quick start with three birdies and a 34 on the front nine on Thursday. The secret to his round was his driving. He found 11 of the 14 fairways – significant given his struggles with the big club earlier in the year. He did start with a 66 in 2013…but followed with a 76.  He still finished 8th. 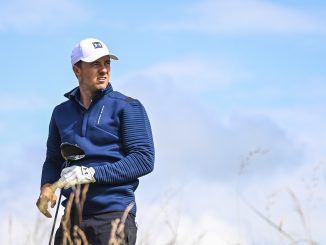 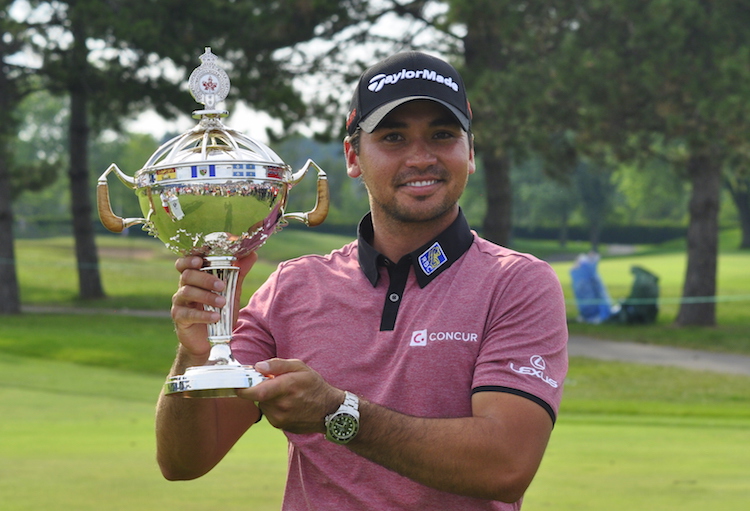 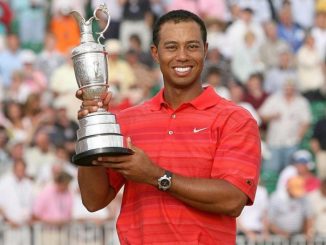