With all of the weird and wonderful weather we’ve had in Eastern Ontario this season, it’s got me thinking about player – and by extension, spectator – safety.

Safety is always at the front of a Tournament Committee’s mind, and the larger the event, the more complex the planning. The goal is always to have a plan in place to ensure that everyone can get to a safe location in the event of an emergency.

The greatest and most common safety concern we as officials will deal with is weather. Mother Nature can be fickle, and we need to be ready to react should things get dicey. Long term forecasts are great tools to help you plan in advance but, especially in areas like Southern Ontario, the forecast can change rapidly, and occasionally turn on a dime.

One of the tournament policies that a Committee will enact is an evacuation plan. In case of emergency players will have advance notice, by way of their copy of the Local Rules and Conditions of Competition supplied by tournament staff when they check in, of which signals will be used by the Committee (most commonly an air horn) to halt play in the case of a dangerous situation, and where the players should go to seek shelter, based on where they are on the course at the time of the stoppage.

Every course is different, so it’s incumbent on the Committee to not only get the lay of the land where play is concerned, but also in cases there’s trouble. Some courses have storm shelters placed throughout the course, some don’t. Almost all will have a clubhouse, and some will have maintenance or storage buildings capable of housing players temporarily. All of these things are taken into consideration when a plan is being drawn up.

The most prevalent weather hazard that will cause a stoppage in play is lightning, and it is by far the most dangerous to deal with in general. Many courses have lightning detection systems, and those definitely help. Many courses don’t though, so it’s also important to identify a point person, such as a Tournament Director, association staff member, or host club employee, that can have ready access to weather reports and tracking, and a method to relay that information quickly to the Head Rules Official (with the improvements in smartphone technology, we have a ton of information at our fingertips now. I can’t imagine how they did it back in the day.) It’s the duty of the HRO to then relay the information to their team of officials, so they can coordinate a signal to stop play, and to assign the task of backtracking through their various “zones” to ensure that all players have been cleared from the course.

Once we have everyone cleared from the course, the Committee will convene to assess the situation, and formulate a plan to either get the players back out on the course as soon as it’s safe to do so, or if that can’t be done, a plan to cancel the current round or schedule a restart the following day.

There are of course other more isolated events that may cause play to be delayed or halted. And while the scale of the emergency may be smaller, they are by no means less important. One situation that comes to mind happened at a Flagstick tournament a couple of years ago, where a player and his caddie went in to an area of trees and were almost immediately attacked by a swarm of angry wasps. The player was stung quite badly, and play was halted temporarily so that we could offer assistance. We were able to get him to medical help. The Committee cordoned off the area, and any player who hit a ball in that area thereafter was given free relief from the danger. (I have since seen the player at other events, and he was not seriously hurt. Thankfully we can even laugh about it now.)

It’s never convenient when a Committee has to halt play, and the ultimate goal is to have a tournament played to its conclusion, but NEVER at the expense of the safety of players or tournament staff. After all, it’s only a game, right?

/ Rich McLean
Rich McLean is Golf Canada Level 4 Referee from Kanata, Ontario. He calls himself “a lifelong player, and fan of this great game.” You can find him on Twitter, @LobWedge.

“Golf has given me so much joy, and this is my small way of giving back.  Have fun. Play smart. Play well.” 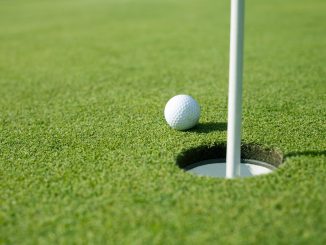 Rulebook: You Scratch My Back… Backstopping – What Is It? 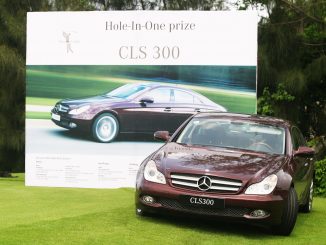 On The Rules – Amateur Status And The Lure Of Money