The most unusual fall schedule in PGA TOUR history continues next month at The Masters Tournament, the second of six major championships during the 2020-21 season. All eyes will once more be on Bryson DeChambeau—the 27-year-old took home the season’s first major title in September at Winged Foot—but plenty of competitors are expected to rise to the challenge, including defending champion and 82-time TOUR winner Tiger Woods.

Will DeChambeau’s season of dominance continue, or will another player stand in his way? Is Tiger Woods healthy enough to compete? Just how different will the conditions be at Augusta National in the fall, and what changes are in store for the course?

Here are the four most pressing questions ahead of The Masters Tournament.

What is Augusta National actually going to look like?

First, let’s discuss what we do know: On Masters Sunday, expect the sun to begin setting around 5:30 local time in Augusta, almost two-and-a-half hours before it does in April. And there won’t be any fans in attendance for the first time in tournament history, so don’t expect to see a packed gallery on the 18th green, either.

Beyond that is anyone’s guess. The grounds crew at Augusta National overseeded in October, as aerial photos showed its traditional brown patches give way to a luscious, green paradise. The photographs were a welcome sight for those anxious to once more see Augusta National pop with color, especially considering the club’s spring azaleas will likely be traded in for fall colors such as yellow, orange and brown.

Forget the colors. Is Bryson DeChambeau going to win his second consecutive major?

By now, even the most casual of golf fans likely knows all about Bryson DeChambeau’s wild 2020. But for those living under a rock, here is a quick refresher: The Dallas resident added 40 pounds of weight to his frame this year in order to generate more driving distance, then quickly reaped the rewards of that physical change by winning the Rocket Mortgage Classic.

Doubters weren’t so easy to dispel, however, so DeChambeau took matters into his own hands in September at the U.S. Open, where he overpowered Winged Foot en route to a six-stroke victory for his first major championship.

Now he has his sights set on another one.

“You’ve seen what I looked like compared to what I am now. Hopefully it’s an inspiration to a lot of people that if you really put your mind to it you can change yourself and change yourself for the better,” DeChambeau said.

“There will obviously be people that doubt what I do. That’s totally fine. That’s fuel for my fire. I appreciate that because it makes me think of how I can get better quicker to show people… Einstein was always called a crazy man or somebody that was defying what was actually possible until he started to prove or people started it prove his theories correct. Then everybody started to love them.”

Now, after leading the TOUR in both Strokes Gained: Off-the-Tee and driving distance, DeChambeau has even higher expectations for the remainder of the season, beginning at Augusta National. The SMU product made waves at the Shriners Hospitals for Children Open in October when he teased introducing a 48-inch driver shaft at Augusta National, 2.5 inches longer than the standard length.

“Still need to get some things worked out, but so far it’s been pretty amazing. There are speed improvements, speed gains, and it’s exciting. It really is something crazy that I never thought was even possible. The numbers that it’s producing are staggering, way more than what I’m doing right now.”

Does Tiger Woods still have his Augusta magic?

The oddsmakers might already be penciling in DeChambeau as their favorite, but expect Tiger Woods to have something to say about that come tournament week. This is Tiger Woods, after all, the same Woods that captured the world’s attention two years ago when he won The Masters for the first time in 14 years, beating Xander Schauffele, Brooks Koepka and Dustin Johnson by one stroke.

Woods has made just seven starts in 2020 on the PGA TOUR, none since missing the cut at the U.S. Open, and has finished no better than a tie for 37th since January. The five-time green jacket winner will make just one more start ahead of his title defense, at THE ZOZO CHAMPIONSHIP @ SHERWOOD.

Betters beware. Augusta National is Tiger Territory, whether with fans or without.

How will this impact the remainder of the season?

Hope begins anew on the PGA TOUR each fall, as members old and new alike begin the next season with a fresh start in mind. FedExCup points are wiped clean, and every player has the same exact chance at qualifying for the playoffs.

Consider the case of Brendon Todd, who recovered from a serious case of the yips to win twice last fall and ultimately qualify for the season-ending TOUR Championship. The 35-year-old had been on a five-year winless drought and, at one point, was outside the top 2,000 in the world rankings.

All that changed last fall, when he won the Bermuda Championship and Mayakoba Golf Classic last November.

“I think a lot of it for me was just the self belief I had and all the previous success I’ve had,” Todd said. “I’ve won at the highest level of junior golf, highest level of college golf and I’ve won at all levels of pro golf before I had the struggles. And I had already been through a slump like that in 2010, so while it did last longer, and I did consider maybe looking for other things to do, I always knew if I got my game back, I would know how to play at this level; it’s just a matter of can I hit the ball between the trees.”

Will Todd land between the trees in Augusta, or is another Cinderella script ready to be written? Is this the year Rickie Fowler wins a major? Will Jordan Spieth reawaken the echoes of Masters past?

Even better, will our November champion repeat next April at the 2021 Masters? Only time will tell.

History awaits in the wildest PGA TOUR fall season yet. 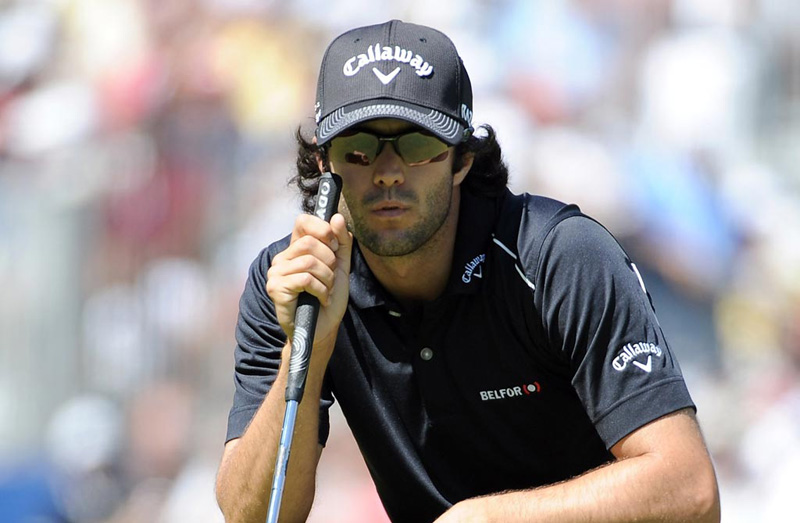 Henderson Rising / Hadwin In Top 5; All Set For The Weekend In Mexico 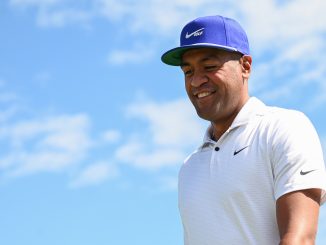 Tony Finau Is Ready To Find His Way