The Pros hit drives that are well in excess of 300 yards. What can the recreational golfer expect in terms of distance?

Distance is mainly about clubhead speed. The more clubhead speed (CHS) you can generate, the longer you are going to hit the ball. The average clubhead speed for the average mid-handicap golfer is 90-94 mph. With that kind of CHS, drives of 225-235 yards can be expected. The rule of thumb for distance is for every mph of clubhead speed, a golfer should see 2.5 yards of distance.  So with a clubhead speed of 100 mph, a distance of 250 yards would be reasonable.  If your clubhead speed is 60 mph, you could expect drives to reach 150 yards. It is simple math, but it does not really tell the whole story. As mentioned earlier, distance is mainly about CHS. There are, however, other factors that come in to play, such as launch angle, angle of attack and spin rate. These can have a significant effect on driver distance. With the right combination of these four factors (CHS, launch angle, angle of attack and spin rate) gains of 20-30 yards are not uncommon. So, if you do not have the optimum impact conditions and are not hitting on the center face of the club, you are leaving a lot of yardage on the table.

Why when I hit 7 irons at a Demo Day do they often go 10 yards further than my own 7 iron?

There are a couple of reasons for this. One is that technology is improving and iron faces are becoming more responsive. Engineers are continually trying to design irons that have an optimal launch and spin combination and incorporate proprietary metals that give the head a hotter face. The other reason is simply a matter of loft. Manufacturers are making iron lofts stronger and stronger. Not that many years ago, the standard loft for a 7 iron was 35 degrees. Now we are seeing 7 irons “specing” out with lofts in the high 20’s. With lofts like this, of course you are going to hit it further. If you usually hit a 7 iron that is 34 degrees of loft and you are testing a new 7 iron that is 29 degrees of loft, there is no doubt that you will hit it further. You are not comparing apples to apples.

On tour, the players get very specific and definite distances from club to club. Can the recreational golfer expect to get these types of distance increments?

A pro golfer on the Tour asked his caddy how far it was from a sprinkler head to the pin. After getting the caddy’s answer, the pro quipped “but is that from the front of the sprinkler head or was that from the back.” I am pretty sure he was joking, but it does illustrate how precise these pros are. They generally know these club distances within a yard or two and mostly can hit these distances. The average golfer, however, simply cannot do this. We just cannot hit the clubs pure each and every time we strike the ball. It is very unlikely that the average golfer will see increments of an even 10 yards between his irons. In the shorter irons, he may see even gaps, but as the clubs get longer and the lofts lower, the degree of difficulty in getting the ball airborne becomes apparent and the carry distance gaps get smaller, finally reaching a point where there is no gap. For me that is the 4 iron. The carry distance on my 5 iron is about the same as my 4 iron. The 4 iron may run out more but to maintain the even gap in terms of carry, I go to a hybrid and all is well. You may find that you hit a 4W just as well or even better than you hit a 3W or you may find that overall you hit hybrids better than fairway woods. My point is that whatever your situation you must find the right set make up that not only gives you reasonable distance gaps, but also clubs that you can control. Playing on the fairway is a lot more fun than punching out of the rough or out of the trees. And for the high handicapper or the beginning golfer, they may have to go a two or even three club difference to see a significant gap between clubs. For example, if they hit a 5 Wood, they may get the same distance with a 7Wood and the next club that would get them a distance gap might be the 9Wood.

Are forged irons only for the low handicap players?

Absolutely not. In bygone days, forged club heads meant a set of irons referred to as blades. These heads had no perimeter weighting and very little forgiveness. They really were meant for very low handicap players. Anything with any forgiveness was referred to as a cast club, referring to the method of production, i.e., investment cast. Then along came CNC milling machines and the whole game changed. Many clubs that have extreme forgiveness design characteristics are now forged.  You can no longer assume that forged refers to blades because many forgings are anything but a blade. Some of today’s designs have produced forged heads that are more forgiving than a lot of cast clubs.  So if you have always wanted to have a set of forged irons but didn’t feel you had the game for it, now you can. The only downside to forged clubs is that they are a bit pricier because they are much more labor intensive to produce.

Does the beginning golfer need 14 Clubs?

I always answer this question with the response, “it is better for a new golfer to have a few clubs that are fitted to him/her than to have a bag full that do not fit”. A new golfer is often overwhelmed by a full bag of clubs and is unlikely to use more than half of these when starting the game. A few clubs, properly fit, will help any new golfer learn the game of golf. Having the right tools for the job makes learning a lot more enjoyable. As noted above in the section on increments, when starting out they are likely to hit a number of clubs the same distance until their skills are developed. 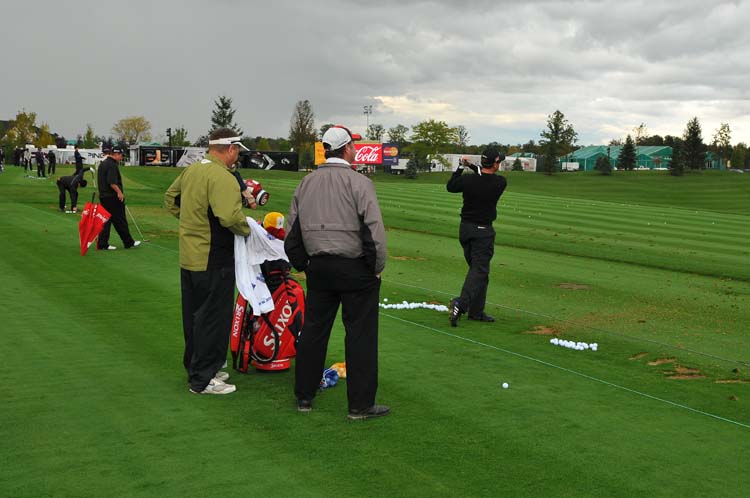 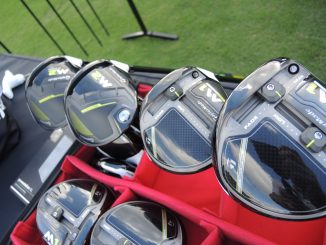 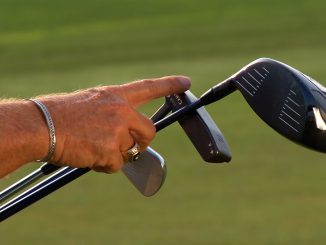