It’s a new year and a new look for TaylorMade when it comes to Fairways and Rescues, The SIM2 models launched today, January 19. They’ll be available at retail on February 19.

We recently spoke with TaylorMade’s Senior Director of Product Creation, Tomo Bystedt, about the designs. It’s an insightful conversation that covers off the drivers as well. You can listen to it here:

In the new fairways you will find a trio of models, all building off the momentum of their 2020 predecessors.

Many of the changes are small nuances, but, as Bystedt says in the interview, add up to big differences. That comes in areas like launch angles, looks, and forgiveness.

The attention the detail gets no better example than this insight from Tomo regarding the SIM2 Titanium.

“In the world of golf club engineering, we fight for millimeters because those small changes can lead to big results. With the SIM2 Titanium fairway, we repositioned CG a mere 12.1mm from the ground. That delivers a CG projection that’s absolute centre face along with increased MOI for more forgiveness compared to last year’s model. We’ve gone lower across the entire line of 2021 fairways, so golfers can go even higher.”

That fairway line is the SIM2 (Titanium), the SIM2 Max, and the SIM2 Max•D. In concert with this the company has two hybrid models this year, the SIM2 Max Rescue and the new “Tour-Inspired” SIM2 Rescue.

In 2020, TaylorMade returned the V Steel design to their fairways, putting a modern touch on a element that helps the clubs work through the turf more easily while keeping mass low in the head. In 2021 they gave it a greater boost to help improve launch conditions even more.

The SIM2 has a recipe for outright speed and performance with the extreme combination of lightweight carbon construction, a titanium face, and massive 80 gram steel sole weight. Last year’s SIM fairway was ball-speed beast, and the new variation promises that, with more forgiveness.

The SIM2 Max fairway serves up a higher launch, and those wanting even more forgiveness can lean on the 195cc Max•D for oversized fun.

For 2021, TaylorMade expands their rescue offerings, growing to a two-model line which includes the sleeker SIM2 Rescue and the higher launching SIM2 Max Rescue.

Shockingly, some of the best players on tour, including Dustin Johnson and Rory McIlroy, have turned to Rescues over long irons, and have been finding success. Their deep interest played a role in the creation of the SIM2 model, with development “mules” of the clubs in use on tour as early as last year.

The SIM2 Rescue has a dark look to make it appear smaller, and has a centre of gravity to promotes a lower ball flight.

The larger body SIM2 Max Rescue has a lower CG for higher launch and has Twist-Face integrated to promote more effective ball flight across a wider area of the face. 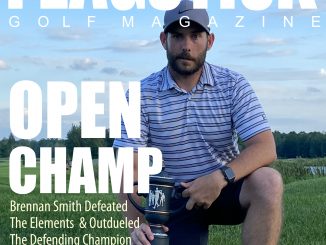 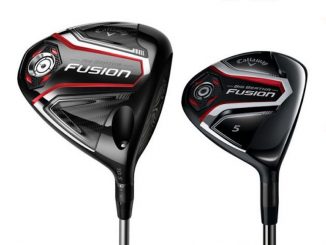