When when of your star endorsers, 4-time major champion Brooks Koepka, tells you that he prefers to chip and putt in running shoes, you respond. That’s the case for Nike, who has collaborated with one of the hottest players in the game on a new release, the Nike Air Zoom Infinity Tour.

As you’d expect, Nike calls it their “most innovative golf shoe yet”, but we’ll leave that up to the consumer to judge whether it is a good fit for them, on the comfort and performance fronts.

The story goes that in late 2017, Koepka asked the powers that be at Nike to come up with a running shoe that he could play golf in. Of course, it had to be able to endure and support his high clubhead speeds, among the tops on the pro circuit.

So what did they come up with? The dug into data gathered from pressure maps that analyze foot/shoe interaction with the ground and came up with a design to enhance the situation.

The premise is to be able to use the ground better to start the kinetic chain of force in the golf swing to create more power. So to do that they added elements to better secure the foot in the shoe, allow energy to be retained, and reduce slippage on the turf in all directions.

This required the company to lean on technologies tested and used in their basketball, soccer, and running shoes for elite level athletes.

They claim the efforts were validated when Koepka tested the new shoes and was able to achieve higher swing speeds than with the Nike Tour Premiere Model he previously wore.

The Nike Air Zoom Infinity Tour will be released on April 1. 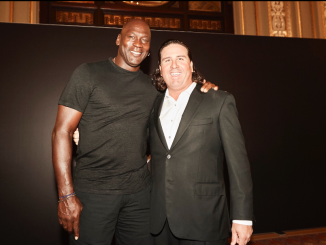 Guest Blog: How A Dumpster Dive Brought Pat Perez and Michael Jordan Together