“Better is not the same. The same does not get you better.”

That proclamation is not surprising when you consider the source.  Nate Radcliffe may be a relative newcomer at Nike Golf (he joined their team in 2012) but their Director of Engineering is perfect fit – his statement is well in line with the spirit of a company relatively new to golf equipment (less than 15 years) but willing to take some risks.

Radcliffe and the Nike Golf R&D team hangs out in a place a little different than the norm for the golf industry – Ft. Worth, Texas.

It was not far from their offices, on a fateful day in 1963, that U.S. President John F. Kennedy, addressed a crowd in front of the Hotel Texas.  On a wet and miserable morning he noted the resilience of the people and opened with “Ladies and Gentleman, there are no faint hearts in Ft. Worth…”

Five decades later it appears that is still the case and it extends to those who work at “The Oven”, Nike Golf’s Ft. Worth incubator.

Just like that crowd did, while the golf industry appears to be mired in turbulent weather, Nike Golf is choosing to put the blinders on and show some heart.  It’s on display in their latest metal wood efforts, marked by a bright yellow/green colour they call “Volt” (it’s a common hue across all Nike brand products) and infused with shapes and technology that they believe will make them stand apart.

“We’re not interested in following industry trends, we’re just trying to make what’s better,” notes Radcliffe as he lays out the technology to a group visiting The Oven to see what he and his wise-beyond-their-years team have put into their new drivers, fairways, and hybrids.

Overall sales have been relatively stable in the last couple fiscal years ($792 and $789 million (USD), respectively) but with a market in flux they have their work cut out for them.  A dominate brand in footwear and apparel, the hard goods world has been a tough one in which to gain market share. Their bright new line-up holds promise.

They have no concerns about the recent retirement of Nike Golf President Cindy Davis (“she left us in a great place”, assures Global Golf Club Business Director Rob Arluna) and feel they are ready for a big impact season.

It doesn’t hurt that poster boy endorsee Rory McIlroy seems to be at the height of his powers. When it comes down to it though, success will be measured less by the “buzz” which Nike is so great at creating and more about the acceptance and sales of their products.  To do that they need gear that has the confidence of professionals, retailers, and consumers.

Vapor is their answer.  And it’s a pretty good one.

The top influencer in any golf bag is the driver and for 2015 the Nike Golf Vapor line comes in three flavours – Flex, Pro, and Speed.

As I’m told during The Oven visit, variations are not about addressing handicap but about providing fitting options (the company has a new and deep commitment to fitting but that’s for another story).  On the TOUR players adopting the new drivers have been split 70/30 between the Pro and the Speed models.  The highest  priced model, the Vapor Flex, is not yet ready for the Tour but will be soon be.  It addresses it’s own niche of player with low spin characteristics.

In effect though, reps from the company look at their line as four drivers. The “extra” one comes via the FlexFlight technology in the Flex driver.  This variable weight “RZN Flightpod” runs from the front to the back of the of the clubhead. In opposing positions it provides very different launch angles and spin rates (up to 300 rpms). The effect is clearly noticeable during testing, both in the numbers registered on TrackMan and, most importantly, on the the ball flight itself.

The compact head shape of the Flex was based on the preferences of Tiger Woods, although he has yet to decide which of the Vapor drivers he will play (Editor’s Update – he put a custom version of the Vapor Speed in play in December).  Having just returned to taking full swings we were told he is set to test the new drivers more in the next few weeks.

Originally a two club line-up (in concert with the fairways & hybrids) the Vapor Pro driver was added as a product that was made to the likings of Rory McIlroy.

The pro was built on the same chassis as the Covert 2.0 with a 460cc volume, but “tuned up and bringing in a lot of new technology,” according to the company engineers.

In order to be brand authentic the Vapor Pro driver was included in the consumer line-up. That appears to be a strong decision. Among those fitted for a driver during my Oven visit the Pro provided the best results for many.

Topping off the line is the Vapor Speed. Like it’s siblings it features a 15-way adjustable hosel (FlexLoft 2, 30% lighter than the original with lofts options of 8.5 through 12.5 degrees) and the advantages of FlyBeams in the cavity of the club.  These I-Beam-like structures add extra stiffness to the rear portion of the club head, enhancing both feel and sound, and potential for ball speed. The compression channel just behind the face seen in past Nike drivers has been returned and re-engineered to help provide more consistent speeds across the entire face.

The attention to these details shows at impact as each driver serves up a pleasing and powerful sound.  The Flex is duller in tone than the Pro or Speed but still has “pop”. The resonance of each head is intentional and integral to the design.

Shaft options are rich and the top level offerings are authentic after-market shafts – not the diluted “made for” product that have been seen in the past.

Each of the Vapor woods has a distinctive shape but throughout the line the same sinister finish pervades. The vibrant red of the Covert era has been replaced with a slicker black tone with subtle graphics and the pop of a Volt swoosh.  It’s simple, sexy, alluring.

The forward thinking engineering and design were paramount but the look was all about pleasing the golfer with a distinctive big-brand Nike inspired flare.

“Design plays a a big big role in what consumers are looking for,” chimes Rob Arluna, showing pride in his engineering team but ever cognizant of consumer reaction. “We’ll deliver that in a package that is distinctly Nike. Volt is a franchise colour. It’s helped our brand to be where it is today. Frankly, It’s polarizing in some cases but you have to do that sometimes to get ahead.”

And get ahead is where Nike’s focus is with golf.  They have a history of product risks, across many sports, but ultimately it’s brought them hefty returns as the biggest sports brand in the world.

They’re hoping for similar results as they put big efforts into gaining a foothold in the highly competitive golf hard goods business.  The Vapor drivers will be a keystone in that campaign.

“We’re consistent at trying to push the game forward,” says Arluna as he addresses their overall product focus and the common theme in their progression.

He seems to do so with the courage and conviction of a Ft. Worth citizen, past and present, as he adds,  “I think we’re ready for a breakout year.”

Nike Vapor drivers (Vapor Flex, Vapor Pro, and Vapor Speed) will be available at retail on January 30, 2015.  All three drivers will be offered in left and right hand. 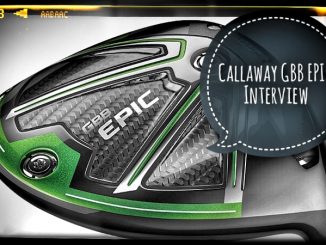 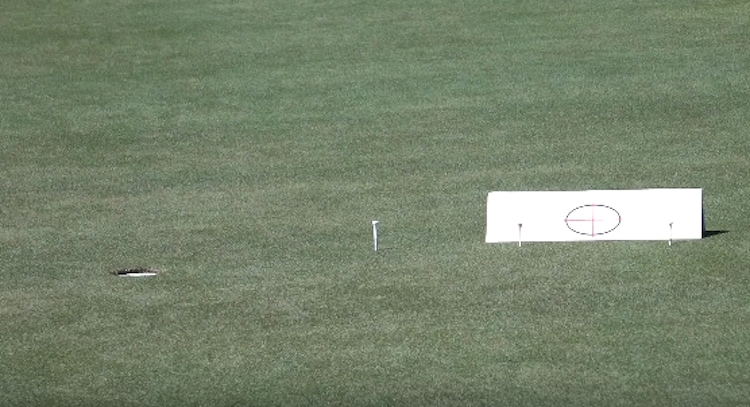 More Reason To Play Extra Break On Your Putts 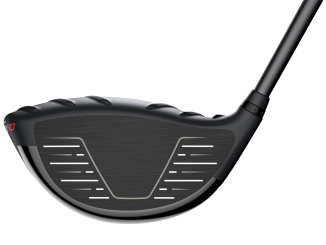