Better players who have an affinity for the PING brand have been eagerly awaiting a new iron that has been making the rounds on the professional tours. Now they can acquire them as the i59 irons are now available. They blend the looks of a forged blade on the outside and engineered forgiveness internally. A key technology is the use of an aerospace-grade aluminum insert that allows approximately 30 grams of material from the center of the club to be redistributed to the perimeter in the form of toe and shaft tip weights, elevating the MOI to match that of the larger PING i210 iron. Available 3-9, PW in 10 color codes (lie angle).

If you’ve struggled with traditional irons designs and are at your wits end with what to do next, Cleveland Golf’s next evolution of a hybrid-style iron has arrived. These Super Game Improvement clubs officially launched in North America on Aug. 20, 2021, for graphite irons and Sept. 17, 2021 for steel irons. Our previous experience with this style irons from Cleveland Golf has been nothing but eye-opening as far as ease of use. “From head to grip, Launcher XL HALO Irons just make golf easier and more fun,” said Brian Schielke, asserts General Manager at Cleveland Golf. The formula for success includes a high MOI head design, a stepped crown to push the centre gravity of lower and varied sole shapes to improve contact across the entire scope of the set.

TaylorMade’s foray into the wedge segment continues to push forward, specifically focusing on the part of the club the interacts with the golf ball, the club face. On the new MG3 (Milled Grind) wedges, raised Micro-Ribs (0.02mm tall and .25mm wide) span the entire face and sit between the traditional grooves. They create an abrasive and textured surface area that the company claims improves the interaction between clubface and ball on finesse shots. Additional changes to the face (compared to MG2) include a scratch finish on the toe area to reduce glare at address. The wedges are offered in Low Bounce, Standard Bounce, High Bounce, and a special custom TW Grind. Milled Grind 3 wedges are available to two premium finishes, Satin RAW Chrome and Satin RAW Black. 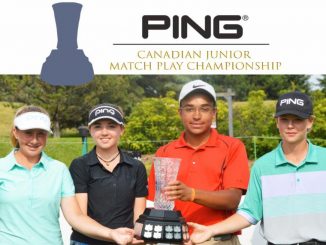 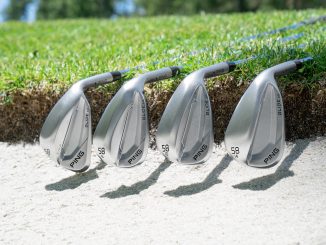 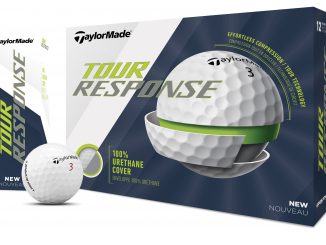