Some call Sam Snead the greatest golfer of all time, and it would be tough to argue against his 82 total PGA Tour victories as evidence to that. He won seven major championships, and played on seven Ryder Cup teams, is a Hall of Famer, and a lifetime achievement award winner.

Although he passed away in 2002, Snead’s legacy continues to live on.

And, thanks to the Slammin’ Sam Beer Company, it’s a legacy that can be poured in a glass or drank from a bottle – no matter your preference.

In July 2012 at The Greenbrier, a new craft-brewed American style lager was introduced called “Slammin’ Sam” inspired by the legend himself.

“It makes sense for Slammin’ Sam beer to be introduced here,” said Jeff Kmiec in July,  President and Managing Director of The Greenbrier Resort

“Sam Snead called The Greenbrier his professional home for more than 60 years and I think he’d be happy to know guests will savour a beer that bears his nickname.”

“Mr. Snead is an international sports icon, and our first priority was to create an amazing beer that honors his legacy,” says Casey Bierer, Founder and CEO of Slammin’ Sam Beer Company and a former producer-reporter with Golf Channel.

The beer itself – likely available in Canada in kegs, bottles, and cans in 2013 – is a light tasting lager that was brewed with Snead’s smooth demeanor in mind.

In fact, the tagline of the lager is the “smoothest beer in golf.”

It yields a clean taste and a balance finish. A comparable beer to a Moosehead or Mill St. Organic, Slammin’ Sam could very appropriately become the beer of choice for many golfers next year after a round on a hot summer day.

Beer-drinkers across Canada are met with an already crowded craft-beer market and specifically in Eastern Ontario, it’s Beau’s that has a strong hold on consumers.

According to a BMO Capital Markets study, craft beer sales have gone up 45 per cent year-to-year.

It will be interesting to see where Slammin’ Sam fits into the market when it’s introduced next year, however, with a clearly-identified target market and a solid product (see: delicious) do not be surprised to see Slammin’ Sam in the fridges of many Canadian golf courses come 2013.

And, in the hands of many Canadian golfers.

Adam Stanley is a graduate of the Carleton University Journalism Program, a Digital media Specialist for a Major Corporation,  and a regular contributor to Flagstick.com.  He maintains a personal Blog “Adam’s Touch” here. 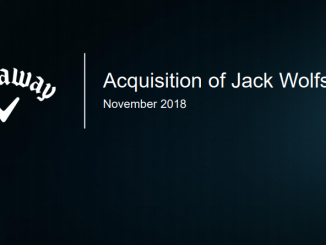 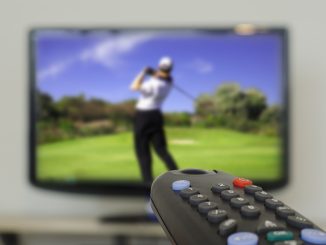 Old Is New – Where Will Square Take Us This Time?