Many of you have been there.

You go through a fitting to buy the latest driver on the market. You test them all and settle on a model.

You order it, you hit it, and for some reason it just does not test out like the one you were fitted for, especially when it comes to ball speed and distance. That’s because it is likely NOT the same as the one you tested.

Manufacturing of golf club heads involves tolerances and they are complicated items to manufacture, especially drivers with multi-materials.

Equipment companies must also navigate their way within limits on ball speed set by governing bodies, so ultimately, they must play on the safe side of the equation. The result is that some drivers are “hotter” than others. Some take your game to the limits, while others fall just short.

It may be the difference of a couple of miles of an hour in ball speed but when that equates to real yardage, it’s an issue for consumers paying hundreds of dollars for their new toy.

For years golf club manufacturers have been pushing the edge of the limits when it comes to the speed their metalwoods provide. Now TaylorMade has looked PAST the limits to find their way forward with the new M series drivers – the M5, M5 Tour, M6, and M6 D-Type. All that while staying within the rules laid out by the governing bodies of the game.

Some wondered how segment leader TaylorMade would try to keep their edge in 2019, and now we can share details of what they have been up to with the M5 and M6 designs. It’s a very interesting approach to driver speed and performance. 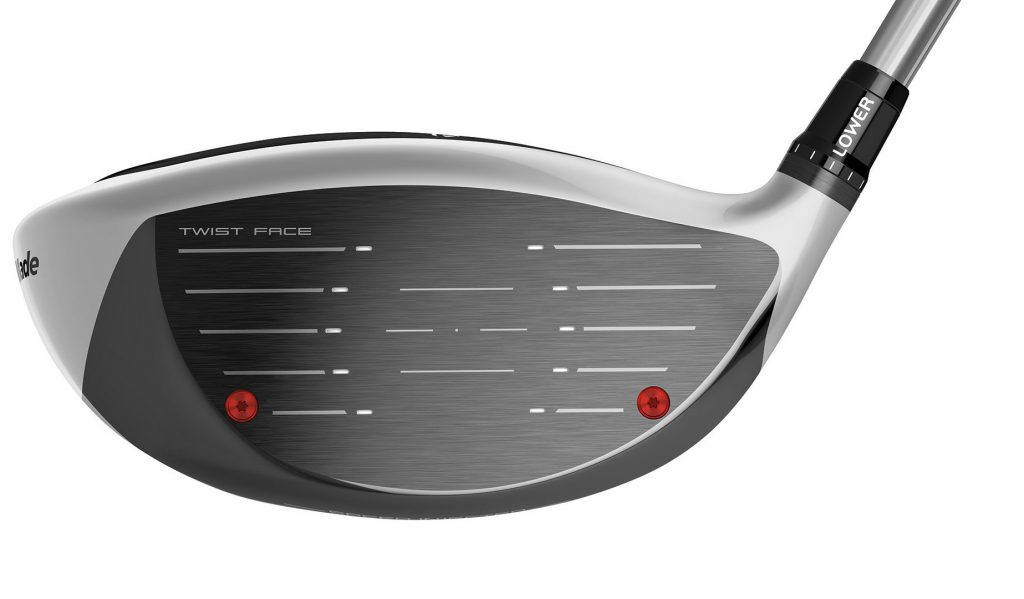 The Face of Speed

While there are plenty of features to discuss in the totality of the clubhead, the face is likely the area that will draw the most interest when it comes to technical details on the new TaylorMade drivers.

As mentioned above, the club you buy off the rack may not be exactly like the one you were fitted for and TaylorMade is looking to solve the puzzle while maxing out the speed potential of the clubs.

“If you look at all the golf clubs in the market today and you measure them all or CT or COR, whichever measurement you choose, there is going to be some variation,” explained Tomo Bystedt, Senior Director, Product Creation, Metalwoods, in an interview with Flagstick.com.

Bystedt says that for the most part drivers today are handmade; the heads are cast but then finished with processes like polishing and blasting. Each step introduces a bit of variation. As a result, the design is completed so the clubs are as fast as possible while knowing there will be variance in the final product that hits the shelves, and ultimately, in the speed of the face. “There is an element of having to play it a little safe, so you don’t have any non-conforming parts.”

The design wizard adds that tolerances and variations have become tighter but their goal in 2019 was to see how they could change the process that they have been following for years.

He shares, “What we decided to do was design these clubs so that the target speed was actually past the legal limit of CT and COR and then find a way to back it up to the limit.”

The result is a clubface up to 20% thinner for a wider effective hitting area and improved speed, all balanced with tuning resin in the “Speed Injected Twist Face”.

Getting Back To Legal – Tuning Resin

So what’s “tuning resin” all about? That takes us back to the sneak peek photos of the driver released by the company.

The takeaway for many people of those clubface images was a focus on the two screws that were visible in the lower corners. Many speculated that they were meant for weighting purposes or some structure enhancement. The latter is closer to correct, but not in the way most people believed

In fact, the screws are pins covering ports – which provide a way for resin to be injected behind the face to regulate its speed. The amount required for each head is determined through an algorithm after initial measurement. The heads are re-tested after injection to ensure maximum speed and conformity to the rules of golf.

The ports are small, they can hold .7 grams of resin in the heel and only 1.5 grams in the toe, but that is enough to balance the speed of the face to put it just within the legal limits.

The entire design, according to Bystedt, was a very complicated process. “That were a lot of technical challenges in making it all work, not the least of which was ensuring the pins we seal the holes with are completely flush with the face.”

Work also had to be done to that the addition of the resin (which still makes up less than 1 perfect of the mass of the head) would not affect the centre of gravity of the clubhead and the sound it creates at impact.

Additionally, to keep the clubs conforming, extensive durability testing was done to ensure the pins would not come out. As well, they needed to ensure the process could not be reverse engineered, allowing a golfer to remove the resin to create a non-conforming club.

In fact, to remove that resin you would need to destroy the clubhead, so don’t even think about it.

“We’re essentially eliminating the variation that went into the process of making the club and eliminating a large part of that by tuning it individually. It’s a little bit of a lottery right now when consumers go into a store. You could get lucky and get a hot one (club) or you could get a not hot one. The variation now (in 2019 models) will be very, very small.” 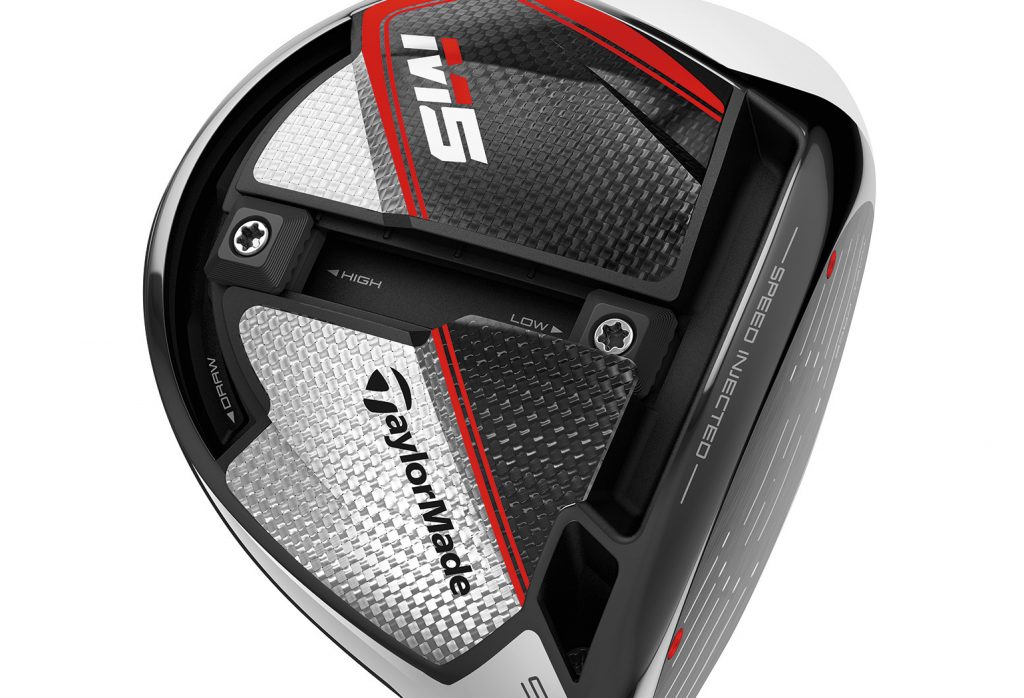 Of course, if you think the speed of the clubface alone is the only feature of the new M5 and M6 drivers, you’d be mistaken.

The now familiar Twist-Face design carries over from the M3 and M4 drivers, there to enhance gear effect and straighten out shots hit off the centre of the face, and the Hammerhead slot returns in a more flexible 2.0 version.

Additionally, there are many other elements packed into the clubs, some specific to each head. Each boasts the use of more carbon fibre than ever, allowing for the displaced mass to be used strategically around the head.

The M5 model is the progression of the highly adjustable M3 product and hiding under a new vibrant blood orange colour and two-tone composite sole are plenty of things to talk about.

A few years back, TaylorMade introduced a T-Track weighting system on the M1 driver. Subsequently it transformed into a Y-Track that allowed the user to adjust two weights into some 1,000 combinations. By reversing the Track and adding more mass in the weights there are now some 1770 combinations that can be used to fine tune spin (up to 600 rpm), launch (a degree) and shot shape (25 yards of adjustability). This is also bolstered by a 2° loft sleeve that allows for the adjustment of the loft, lie angle and face angle of the driver.

There are few excuses when it comes to customization in the M5, whether in the 460cc regular head or the 435cc M5 TOUR model.

“Injected Twist Face delivers a hot, yet accurate performance package in the new M6 driver. When you add optimized CG and MOI through the use of a full carbon crown and sole, the result is a complete driver that delivers on all fronts,” says Brian Bazzel, Vice President Product Creation, TaylorMade.

While the M5 drivers make ample use of carbon fibre, this goes to a whole other level in the M6 models with the entire sole dominated by the material. The product of that is the ability to have a large mass of weight low and back in the head in what the company is calling an “inertia generator.”  Basically it mean more stability in the head to resist twisting and to also help launch the golf ball.

A D-Type variation of the M6 serves up a package that is draw-biased and even easier to launch for players who need it. The company claims as much as 20 yards of draw bias than the standard M6. 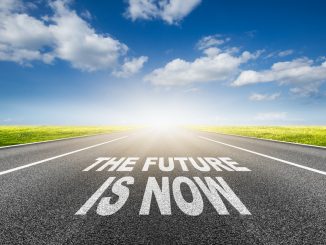 Is The Future of Golf Club Retail Here? Maybe so… 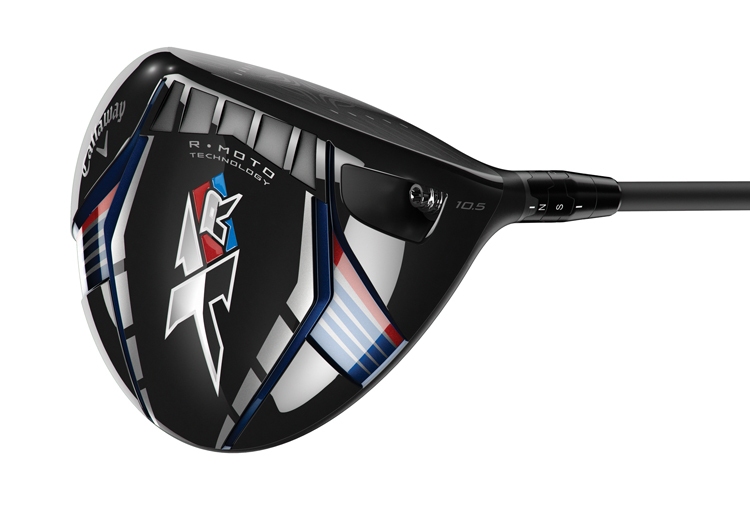 The Dynamics Of The Driver 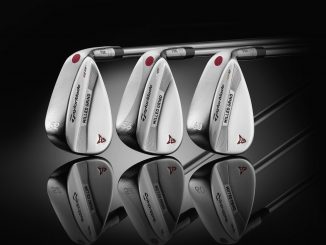 Inside The TaylorMade Milled Grind Wedges