In a world where you often feel you cannot catch a breath, there is a tiny Canadian province where the pace is only controlled by you. Take it as slow as you want. Nobody will rush you.

As the “Cradle of Confederation”, where the first discussions about the formation of Canada took place, Prince Edward Island has an important place in the history of the nation. For most people though, it is a destination for vacations. For good reason.

The stunning landscape, with forest and fields surrounded by beaches, and the charm of the 140,000 inhabitants, make it an attractive place to while away summer days.

They, too, are a reason visitors come here. Be it for a coastal stroll around The Links at Crowbush Cove or a wander through the tilted meadows at Glagsow Hills.

This week Flagstick Editor Scott MacLeod is in Canada’s smallest province along with a number of other golf media from around North America. As they tour and play golf he’ll showcase what is on offer from them via our various social media channels. His ancestors first came to P.E.I. in 1803 so he’s uniquely qualified to give you the best insight.

It should be a good time with the great people of GolfPEI as the host. 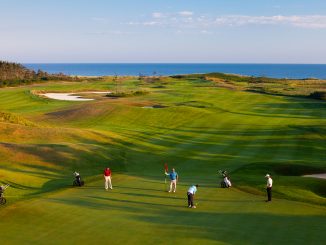 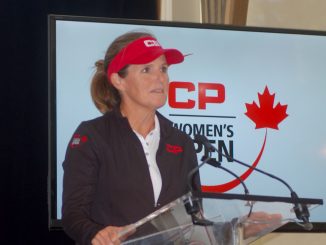 Lorie Kane Signs On To Be Ambassador For P.E.I.’s Mill River Golf Course 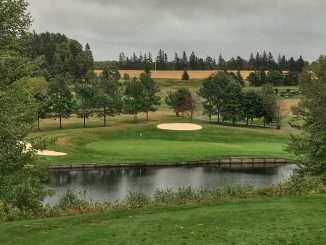