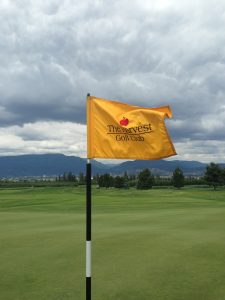 (On this Travel Tuesday we reach into the archives for a story of a visit to one of Canada’s hottest destinations for many reasons, Kelowna, British Columbia)

One of the best Chefs in Kelowna, B.C. made a bigger statement about his city than he realized when quoted in a volume tied to his craft. “This is one of the few cities where all the chefs are cheering each other on. It is a community of chefs working together to promote one of Canada’s richest culinary communities.”

Chris Braun’s comment in the Jennifer Schell compendium “The Butcher, the Baker, the Wine & Cheese Maker (in the Okanagan), says a lot about this interior B.C. city.  At times it feels like a cooperative. During a recent visit I saw plenty of examples where those in the golf, food, wine, and tourism industry looked to boost their neighbours. Often ahead of themselves.

It’s refreshing, intriguing, and eminently attractive. Especially for a visitor like me. The city of 125,000 not only has the best that nature has to offer, including much sunshine, a long growing season, and the beauty of lakes and mountains, but everywhere you turn are people that are welcoming. They express their good fortune about living there, and they are willing to share.

The latter comment is a play on words, of course. Kelowna is the heart of the Okanagan, Canada’s most prolific wine region. The reputation has brought it worldwide stature, but really it’s a more well-rounded city, with much more to offer than the yield of grapes alone. 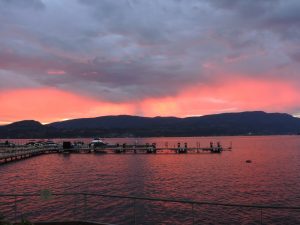 My recent return to Kelowna was a remarkable one. It had been nearly three decades since I last visited the city. More than enough time to appreciate the changes.

It was during that last visit (for a high school volleyball tournament) that I encountered then-Premier Bill Bennett. On the short flight to the city from Vancouver he regaled us with tales of his hometown, singing its praises.

He was justified in his assessment. And his sentiments still resound with me.

My journey back was much like the area itself, bountiful. In a short few days we packed in as much activity as possible. Itineraries are easy to fill when you have more than thirty wineries, eighteen golf courses, and a 135 km long lake at hand. Not to mention the surrounding mountains full of trails and more than 2,000 hours of sunshine a year. Talk about having a cup that runneth over!

I only had time for a sampling of the city during my visit, but one thing is for sure, it left me wanting more.

It only took minutes to realize this after I set up at the Manteo Resort, located lakeside. The room and corresponding patio view at their Smack DAB restaurant let me know that this was no ordinary Canadian beauty. As we enjoyed fine food (seafood chowder for me) and a taste of local wines, the sun cooperated and fell with blazing tones over west Kelowna on the opposite side of the water. It was as if they custom-built us a start to our trip.

Memories honed thirty years before rushed back. While it was clear during my drive into town from the airport that the city had matured, it’s elegant and inviting essence remained.

While my travelling companion, long-time wine writer and judge Margaret Swaine, had her own priorities for the visit, mine, of course, centred mostly on fairways. With short time at hand I wandered the links at three locations during the stay, all providing unique glimpses of the local offerings.

Round one found us at the Two Eagles Golf Course & Academy in West Kelowna.

A mid-length course at just over 5,000 yards, I could easily play out my days at Two Eagles and be a very happy golfer. Obviously the attraction is shared by many as the course was greeting nearly 275 golfers on the day of our visit. We found out why.

While lack of yardage would be an issue for some golfers, it was not for us. The Les Furber design brought into play just about every club in the bag but at the same time, the shot values felt secondary. Turf conditions were mint, something that the members playing with us assured were a regular thing.

One thing that will never vary at Two Eagles are the views. The backdrop of Okanagan Lake, and the peaks of the Myra-Bellevue provincial park had me craning my neck all day long.

But this was just a start to the Two Eagles story. Award-winning pro Dean Claggett runs a popular academy here and their 19 Okanagan Grill & Bar might be just as popular as the golf course. Their patio was flush with guests after we completed our play and after tasting such delights as their Wonton Soup with Prawns (aka PrawnTon Soup) it was easy to see why. Two Eagles had a lot to offer, golfer or otherwise.

I had heard a lot about The Harvest Club, much of it mixed reviews. I considered the sources though and by the time I finished my day there I understood their concerns. Most of them centred on their frustration about not playing the course well because it seemed “easy”. My take was that they simply underestimated the demands of the relatively (for the area) flattish Graham Cooke design.

The Harvest Club is actually everything it is designed to be – a resort style course with excellent amenities that make it popular for tournaments and weddings. The last statement is usually an immediate turn-off for avid golfers but they don’t have to worry; there is a lot to like about the golf course.

Yes, there are wide playing corridors at 7100-yard course but wander too far into the weeds and you’ll realize quickly that you need to be a little more accurate. The same weather conditions that allow the region to have great harvests, also make the grasses more than healthy.

Played mostly in a valley that was a former orchard, a few holes occasionally rise up, adding some extra dimension to the course. Residual fruit trees still exist and remind you how the land here is responsible for what the city has to offer, as one of the greatest farm belts in the country. It won’t beat you up if you choose the right tee decks but you’ll still need quality shots to conquer it.

What I might have missed in my previous two games of Kelowna golf was made up for at the Tower Ranch Golf Club.

Climbing to an elevation of over 1600 feet on the back nine, it quickly earned my admiration as the best Tom McBroom design I have played to date. That’s saying a lot considering he has designed the most courses within one national publication’s Top 100 rankings.

Reminiscent of an Irish links course with tall mounds that define many fairways, the reputation of Tower Ranch has continued to grow since opening in 2008 high above the Kelowna skyline.

Make no mistake, this is not a walking golf course and it gives little respect to errant shots but the spectacular nature of the layout with more than 650 feet of rise through the property, make it impressive.

A cold rain left me as the lone player on the course and by the time I reached the back nine I might have been the happiest golfer alive. With open fairways ahead of me, long vistas out to the valley below, and surrounded by the natural beauty that the area is known for, I was left to dream about just how fast I could return to play golf in Kelowna again.

The Way To A Person’s Heart…

I’d be remiss in my Kelowna tale if I did not expand on the culinary delights mentioned at the beginning of this story. It is a foodie heaven. The excess of food and drink, primarily local in nature, are beyond imagination.

As we sat enjoying our final full meal at RauDZ Regional Table, I was struck by the thought that the food scene in Kelowna was the equivalent of a city ten times its size.

Whether it is was enjoying hand-made sausage at the Salted Brick, the warmth of the setting at Waterfront Wines, the sensory overload of the Old Vines Restaurant & Wine Bar overlooking the Quail’s Gate vineyard, the compact space and creative delights of The Table at Cod Fathers Market, the eclectic feel of micro bar + bites, the convenience of Gulfstream at the Four Points by Sheraton Kelowna Airport, or the hearty pizzas at Tree Brewing, every traveler will find their favourites in the Kelowna food scene. I drove my friends and family crazy with one Instagram photo post after another. Being only able to see and not taste or smell the tenderly crafted plates was undoubtedly torture for them, so good did the food look.

And when I added in social media posts about stops at Off The Grid Organic Winery, The Hatch Wines, CedarCreek Estate Winery, Kitsch Wines and Okanagan Spirits Distillery I had the the full focus of their ire.

But I was okay with that. In a sense I was doing them a favour. In the end, tempting them to make the trip to Kelowna for their own experience will pay off.

I’ll take their grief now…I know I’ll get their thanks after they visit. 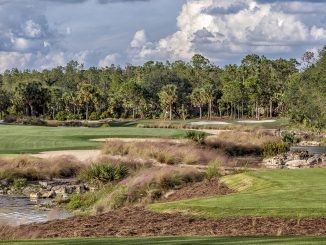 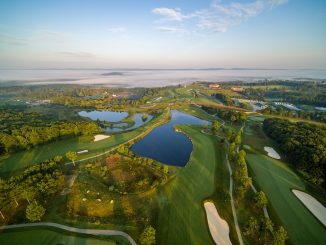 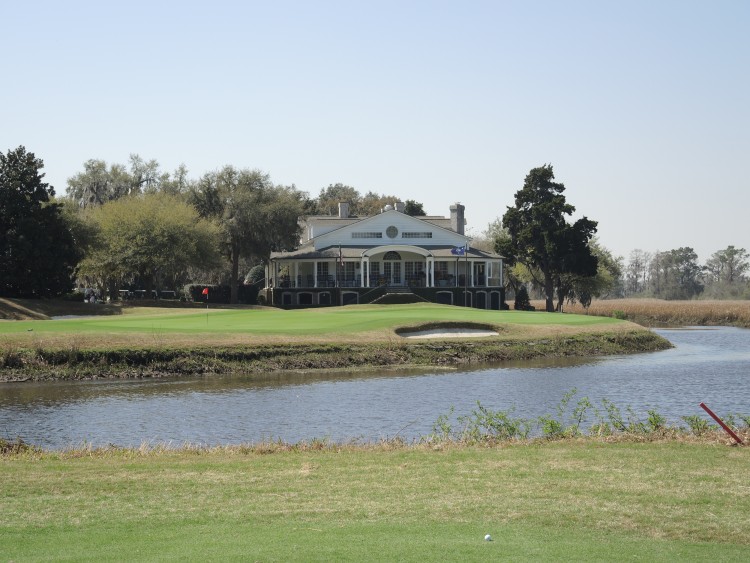 Myrtle Beach Back In Business After Hurricane Matthew