Golf is thirsty work. More like fun, but as we all well aware, many who play the sport enjoy adding an extra hole to their round, the 19th hole. That’s why last month we debuted a series of articles on craft breweries in the Eastern Ontario region. In it we matched up possible golf courses you can play while visiting said establishments.

It was so popular, and we have so many breweries and golf courses to choose from, that we are back for more.

So get out your notebook, tastebuds, and golf clubs as we send you on another beer-laden journey.

It many cases, when people head east of Ottawa on their way to Montreal they are focused on the task at hand. The informed, especially if they partake in the club and ball sports will know that there are plenty of fairways along the way to draw your interest.

We’ll circle back to this in further missives but in the meantime, we’re happy to highlight a couple stops that will satisfy your urges in the golf and beverage realm.

Thirty minutes along Highway 417 east of Ottawa brings you to the growing community of Casselman.

The organized roots of the area go back to Martin Casselman. In 1844 he built a sawmill near the site of the current town, and for that it carries his name today.

That heritage is not lost on locals, and you can see that reverence at the 1844 Bistro Pub & Eatery and the affiliated Cassel Brewery

In keeping with the history, when you visit this attractive pub you may want to start with the 1844 Pilsner, a nod to Martin Casselman and the lumber business be launched on 1600 acres nearby.

The Pilsner is very easy-drinking effort, an ideal jumping-off point as you work your way through their offerings.

Those looking for a nuttier taste may want to take in the Golden Rail Honey Brown Ale (you’ll find a few of their beers pay homage to the location on the rail line the serves the Ottawa-Montreal corridor), while they serve up a nice array of IPAs.

Now that you know where to sample a few brews, you’ll be happy to know that golf is not far away.

The first tee shots were struck at Casselview on August 1, 1983.  Originally a nine hole design, it was originally called the Butternut Creek Golf Course and it progressed to eighteen holes by 1988. Over the years the layout has been rerouted several times, tees and greens gave been expanded, and the quality of the layout has improved with each passing season. The ownership takes great pride in their facility, and it shows.

One stop is all you need when it comes to golf and enjoyment of the Broken Stick Brewing Company.

Why is that you say? Well, it might be the only brewery currently operating out of golf club in Ontario, or Canada , for that matter. Plenty of golf courses are now having their own beer made for them, but few have it done on premises as Hammond Golf does..

Located in the village of Hammond, east of Ottawa in the Clarence-Rockland region, the brewery was founded in 2014 but shifted operation to the golf course location in the early Fall of 2019. The addition helped round out a business that has diversified immensely in recent years beyond a traditional golf course, thanks to owner Leonard Gendron.

Gendron is now one of three partners in Broken Sticks, alongside Stéphane Dicaire and Aaron Markel.

In a video chat early this winter, Gendron, expounded on the opportunity, with the space at their club to take on the operation, and the willingness to stretch themselves into the realm of being “more” than a golf course.

The reaction to the move has been extremely positive and the feedback from both golfers and non-golfers alike falls in line with that.

As of this writing, you can find ten beers in cans offered by Broken Stick and ten on tap. the run the gamut from an India Ale to Stouts. Take note, if you like well-designed beer cans and logos, this is a spot for you.

In the real world of everyday golf, the true value of any golf course can be measured not in yards or by the speed of the greens – it has a lot more to do with meeting the expectation of your customers and keeping them coming back, again and again.

Hammond manages that is a big way. We’ll expand on that story in future editorial, but for now just know they are a forward thinking lot. They have taken a property owned within a family for more than a century and turned it into a multi-faceted hive of businesses that have and will continue to make it a hub for the community.

In the golf courses itself, opened in 1980 and designed by Ernie Léonard (Leonard Gendron’s grandfather) and Gérard Chamberland, you’ll find a layout that has evolved greatly in the last four decades. Trees have matured and conditions have advanced, resulting in a course that can be played with pleasure by a wide range of players.

Hammond can be embraced from 5167 (Red) up to 6626 (black) yards and several variations in between. Several tee shots must be struck from highly elevated tees that offer expansive views. That is unexpected for most first time players who expect a flat property, in keeping with much of the farmland in the surrounding area.

Once you experience all the offerings at Hammond and Casselview you can really see why they have been a success. Family ownership gives them an invested interest in your enjoyment and satisfaction

Now mix in the elements of the Cassel Brewery and the Broken Stick Brewing Company, and you have all the more reason to visit this underappreciated region of Ontario. 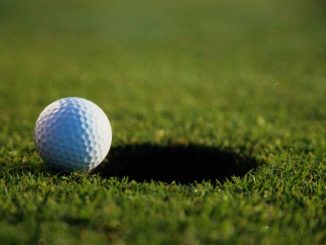 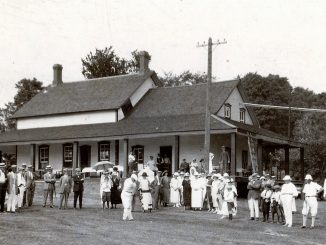 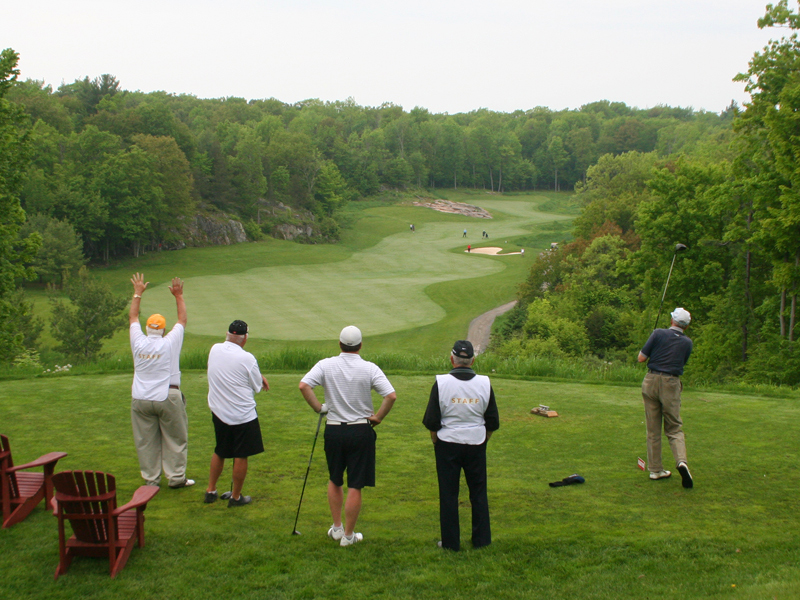