Flagstick Golf Magazine recently had the privilege of sitting down with Canadian golf course designer Neil Haworth. Neil had just finished a site inspection tour with Royal Ottawa Golf Club Superintendent Steve Verrall with the first snow of the year on the ground.

Mr. Haworth and his company, Nelson & Haworth Golf Course Architects, are primarily known for their work on close to 100 golf courses throughout the Pacific Rim and during the time of our interview the LPGA and PGA Tours were running tournaments in Asia on courses Nelson & Haworth designed.

In Canada, the #2 Blue Course at Saint-Raphael in Montreal was Neil’s first solo Canadian design. He also designed the 4th nine at Le Grand Portneuf Golf Complex near Quebec City as well as crafting the redesign of the Rouville Course at Richelieu Valley Golf & Country Club in Montreal.

Mr. Haworth was a competitive golfer before his job took him to Asia. He competed in Golf Quebec Tunis, Kent and Amateur Provincial Championships as well as the Canadian Amateur. Golf seemed to be in his future, but it proved to be not with a club in hand.

Let’s find out a little more about Neil Haworth who lives in the Manotick section of Ottawa with his wife Maryia and daughters Vivienne and Sofia.

FGM: When did you decide to get involved with golf course design & how did you proceed?

NH: Going back to when I was a kid outside of Montreal in Mont-Ste-Hilaire, I had train sets and aquariums, but I would always be more interested in designing the landscape in the aquarium and around the train tracks. I got into golf through my grandfather and I guess the creative side of me was attracted to golf.

I went to McGill for a couple of years, then the University of Guelph for Landscape Architecture (specifically golf course architecture), graduated in 1986 and worked for Graham Cooke until March, 1990 when I left for Asia.

So it was fortunate that without knowing it, golf course architecture was always something I wanted to do.

FGM: The majority of your designs & remodels are set in the Pacific Rim & USA. How did this come about?

NH: I had a classmate who was hired by the Hawaiian Belt Collins firm, an engineering, planning and landscape architectural company that was doing most of their work in the Pacific Rim. They had signed up a couple of golf courses in Thailand and Malaysia and they were looking for someone to look after the golf club operations in Malaysia. So I was their point man in Asia and it kind of grew where I ended up buying the company with my Australian partner in Asia. So that’s how I got out there – through a classmate.

FGM: What is the common procedure to acquire new courses or rebuilds?

NH: When we first started out in Asia, it’s one thing to work for Jack Nicklaus and another to work for Robin Nelson and Roger Wright and I’m glad I did! I remember carrying around projectors on airplanes and giving presentations to tell people who we were. Obviously, the Internet wasn’t there at the time. As we built more successful golf courses our name became better known. In China we have over 58, 18-hole golf courses that we’ve designed since 1993. The USA work was primarily done in Hawaii by our partner Robin Nelson.

At one point we had 4 of the top 10 golf courses in China designed by us.

FGM: How would you describe your design work?

NH: I want someone to stand on the tee and be comfortable. Golfers know what they’re going to do when they can see the hole in front of them. The trick is to feel comfortable on any shot. So for me, when a hole is comfortable to the eye, that’s what is important. After that, the playability of a golf course is in the details but is just as important for all levels of golfers.

FGM: What is your company doing at the Royal Ottawa Golf Club?

NH: The initial scope of our work is to prepare a long-term master plan which will look at hole by hole improvements to the main course plus a redesign of the practice facilities to offer the members a more complete golfing experience. A lot of time has already been spent researching the history of the club with the intention to add design consistency throughout the course while at the same time respecting the original design and character of this Tom Bendelow original.

FGM: What do you love about your job?

NH: Obviously, I love golf and just meeting people and the experiences it provides. I’ve worked with some amazing people. To be able to come out to the Royal Ottawa on a beautiful sunny day, the opportunities are just amazing.

FGM: Are you as enthused now with your job as when you started?

NH: I am. I probably won’t go out and grow new emerging markets. It just takes too much energy and time and having a young family doesn’t make it any easier.

I’d love to do work in Canada, but my problem ethically is that most clubs already have a golf course architect and I don’t think it’s right to go knocking on doors. If clubs approach me after committees change and directions change for clubs, then that’s normal and that’s what happened here. The Royal Ottawa Golf Club approached me.

I do want people to know that I’m here and I feel that I have a lot to offer to Clubs in Ottawa, Quebec and across Canada. 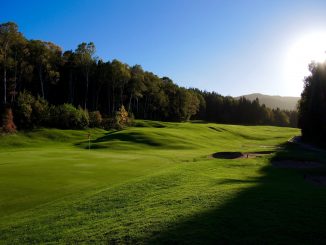 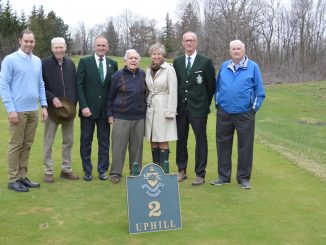 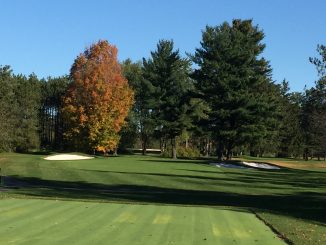