“Playing a game of Whac-A-Mole,” is not the phrase you expect to hear when you sit down to chat with a Senior Manager of a highly technical product, but that’s exactly where things ended up as we ventured to speak recently with Frederick Waddell.

The Senior Manager of Golf Ball Product Management at Titleist was referring to the delicate dance their team takes on each time they try to advance the Titleist ProV1 and V1X models, the gold standard in their industry over the last two decades. The latest versions will come to retail worldwide next week.

In the latest versions of the golf ball, though, the challenge loomed bigger than ever as pros and amateurs alike were demanding more, even from an already industry-leading product.

Their key requests? To no surprise, more distance, more spin around the green, and softer feel.

Waddell believes they have delivered, but to do so had to put together a complex puzzle that included a new casing layer, reformulated cover materials, and an aerodynamic package nearly a decade in development.

The quest brings us to the quote about the Japanese arcade game that sees the player chasing a randomly appearing character.

“Employing a softer cover is going to give you that spin, but to counteract that, it’s like a game of Whac-A-Mole. You hit something down in one place and something will pop up elsewhere, so that spin pops up in the long game. The way we take care of that is with that casing layer. It’s a new material, it’s a high-flex modulus casing material, which we actually developed for ProV1X Left Dash. That casing layer material is stiffer, faster, and keeps that spin really low in the long game and just makes for a better golf ball. We treat the cover as well so we can keep that compression neutral, that extra soft feel really only comes from the new cover.”

As mentioned, the aerodynamics of these golf balls are updated and in the most massive of ways. It’s no simple tweak of the 2019 product.

“I can’t underscore how incredible the new aerodynamic packages are,” says Waddell with the most energized enthusiasm he displays during our conversation. “These are the first new dimple patterns on V and X since 2011, and these patterns have really been in development since 2012. So we have literally worked one them and refined them for the better part of nine years.”

Since the original Pro V1 debuted 20 years ago, Titleist R&D has designed, manufactured and tested more than 1,900 aerodynamic patterns. That includes more than 60 different iterations of 2021 Pro V1’s 388 dimple layout, and more than 30 versions of Pro V1x’s 348 dimple design.

“They’re just better; they’re longer, they’re more efficient through the air, and more consistent,” asserts Waddell. “The 328 and 352 patterns (on previous models) were so good, for so long, and when we finally got these to a place where they were ready for the golf ball, we were so psyched to put them in play. The dimple pattern alone is going to give you a better golf ball, for distance and through the air.”

As in the past, the new ProV1 is designed to be softer and have a flatter ball flight while the X version is a higher flyer with a firmer feel and more spin.

Of course, there is no greater test of a product then when used by the best players in the world, and the new balls received instant acceptance on the PGA TOUR where product was seeded there last October.

Among the validation was the play of Australian Cam Smith who used the new ProV1X to become the first player to complete play at The Masters with four rounds on the 60s. “When I first tested it, it was a bit hotter off the driver, which was great,” Smith said. “The ball flight and windows were great. But the biggest thing that stuck out was the control coming out of the rough and around the greens. I can control my shots – especially those difficult, soft shots – so much better.”

Smith is just one of a long line of Tour players who have adopted the new product including Justin Thomas, Adam Scott, Ryan Palmer, and Tony Finau. Waddell is confident the reason for that is a well-balanced effort to take a great product and make it even better in many attributes.

“It’s a matter of understanding all parts and pieces of the golf ball work together and we feel we do that better than anybody.” 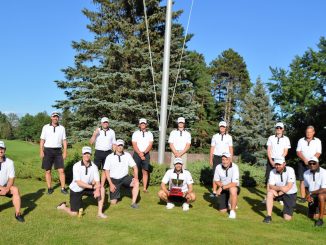 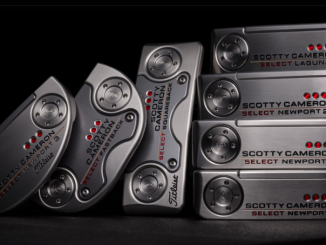