For several years now the various official golf associations in Canada have been taking their message about the importance of the sport in the nation to the politicians at Parliament Hill in Ottawa. Much of the focus has been about Tax Fairness for the Sport but at the same time it has also been an attempt to draw some exposure for an industry that contributes some $19.7 billion to the Canadian economy based on a 2013 Economic Impact Study of Golf in Canada.

Five years later after the first information session on Parliament Hill, this annual plea will take on a new form with the announcement of a National Golf Day.

NAGA officials say the new May 29 event is meant to raise awareness to the public and the government about the positive impacts of golf.

“More Canadians play golf than any other participation sport and our industry is #1 in driving economic impact, employment and charity fundraising,” said Jeff Calderwood, National Allied Golf Associations (NAGA) and We Are Golf Chair. “Combined with golf’s diversity, healthy fitness benefits and environmental stewardship, we really do have such a positive message to communicate.”

The May 29 event will also include an evening reception the prior evening at Centre Block (Parliament Hill) so that key industry people can share their thoughts with Members of Parliament, Senators, and policy advisers. Golf activities will be featured on the front lawn of the Parliament Building on National Golf Day with a big focus on junior golf.

“We are really looking forward to our time in Ottawa and expect that government officials from all parties will be impressed to learn about all the ways golf contributes in virtually every riding throughout Canada,” says Golf Canada CEO Laurence Applebaum. “There are so many meaningful benefits that golf delivers in communities from coast to coast and it will be great to share all those insights on National Golf Day.”

In concert with the announcement NAGA says they are re-branding their public persona as “We Are Golf”; this aligns with the same name used in the United States Golf Industry.

Further details on National Golf Day activities will be announced in the near future. 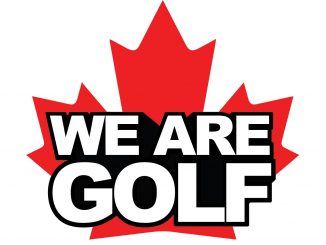