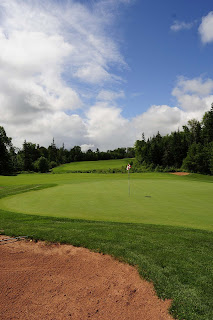 The most storied show franchise for Golf Channel (almost called it “the” Golf Channel – old habits are hard to break) reloads again tonight and for the first time, it is set in Canada.

It seems obvious that as a Canadian golf journalist I would have a lot of interest in this series, Big Break Prince Edward Island, and I do – for a whole lot of reasons.

I will admit my bias right here and now – for 203 years my family has called the “Garden of the Gulf” home. I am fiercely proud of this little island – with less than 140,000 residents it is hardly a blip on the radar in the full scope of the world, but those who have made visit know what an impact it makes on you.

The people are what make P.E.I. special – genuine and warm they quickly put anybody at ease. And they land they live on is equally inviting.

Covering just 5,656 square kilometres (2,184 square miles) there is not a lot of turf to love on this haven but the place is fascinating from tip to tip. There are few things that make me prouder than watching the eyes of a person seeing it for the first time. The deep red soil, lush green fields, and rolling topography that supplies one quaint vista after another often leaves them speechless and I am proud to say that the feeling is still the same for me, even after 39 years.

Golf has been played on the island for over a century and while the local population is hardly enough to support a lot of golf operations, the constant stream of tourists have helped to establish many fine couses that now dot the island – more than 2 dozen of them in fact. (Dundarave GC pictured above, left)

The Rodd Mill River Resort was the host facility for the filming of Big Break PEI and this idyllic property should get a whole new life with when the peering cameras of Golf Channel bring it into the homes of millions.

I was fortunate to be “home” last summer when I found out about this latest version of Big Break. In fact, I was standing in the office of Golf PEI, a marketing group for the island’s golf courses, when they informed me that I might want to come on over to the Rodd Charlottetown Hotel a couple days later for some breaking news. My timing could not have been better. 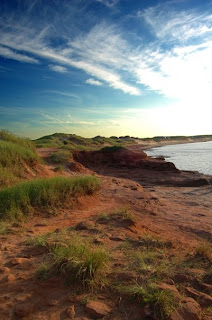 There was some apprehension that day at the press conference. Like most places the economy is a big story these days and many of the non-golf media in attendance (that would have been everyone except myself) had some concerns about the estimated $800,000 the government would be spending as part of their partnership with Golf Channel. I ended up assuring a number of journalists that day that in fact, the price was a deal for the impact it would make on the golf market, especially in the United States.

Hopefully, as the Big Break starts tonight, and the phones and email addresses in PEI become inundated with inquiries due to the airing of the show, any controversy will be forgotten.

The Big Break will be HUGE for Prince Edward Island and hopefully those that didn’t already know about the tiny little province with the big heart, warm people, graceful land, and charming golf courses, will fall in love.

My family can assure you – once you make your way to PEI, it is hard to leave. And even if you do, it always has a place in your heart.