Furthering the story we posted on November 14th about her deal with the company, on Friday (January 8) Brooke Henderson of Smiths Falls was announced as a part of a group of Olympic hopefuls that will be officially supported by BMW Canada.

Henderson, 18, was on hand in Toronto for the announcement and a photo shoot, flying in from her winter training location in Florida.

With RIO 2016 closing in, BMW Group Canada has created Team BMW, consisting of six top Canadian athletes who are all focussed on competing for the nation in Brazil.

BMW Group Canada first became involved in a partnership with the Canadian Olympic Team in early 2013. The formalizing of this “team” concept will see them support the athletes on various levels, an extension of their position as National Partner and Official Vehicle of the Canadian Olyimpic Team.

“I know I speak for our retailers and associates nationwide when I say how proud I am to help Canadian athletes drive towards their Olympic dreams,” said Kevin Marcotte, Director of Marketing, BMW Canada Inc. “The BMW Group and the Olympic movement share many common values, which makes our partnership resonate with every one of us. Supporting the Canadian Olympic Team enables us to give back to our community in a unique and fulfilling way by supporting athletes from coast to coast. It is an honour and a pleasure to assist these six athletes in their quest for the podium.”

“BMW has been an outstanding partner of the Canadian Olympic Team and we are honoured to continue our partnership with them,” said Chris Overholt, CEO, Canadian Olympic Committee. “Both of our organizations strive for high-performance and we look forward to seeing Ryan, Meaghan, Roseline, Mark, Derek and Brooke, with BMW’s support, bring this shared value to life on the road to Rio.”

Henderson, who became the third player under the age of 18 to ever win on the LPGA TOUR with a victory in Portland last August, is currently ranked 17th in the World. She is currently 12th in the International Golf Federation Olympic Golf Ranking, making her a favourite to represent Canada in Brazil this summer.

I think this might be my next #BMW ride! pic.twitter.com/fCB9pu1eCv 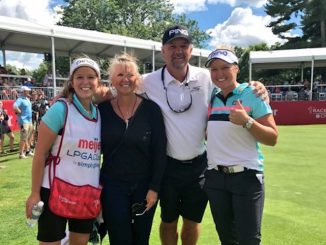 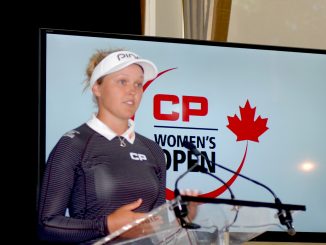 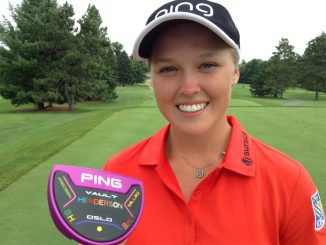