The 78th and 79th inductees for the Canadian Golf Hall of Fame have been elected and it is a clean sweep for La Belle Province.

The 2017 inductees were both born in Montreal but each shares a long and rich history in the game of golf. Judy Darling Evans will be inducted in the Player category while Robert (Bob) Vokey will take his place among the Builder category.

Both were previously named to the Quebec Golf Hall of Fame, Darling Evans in 1998 and Vokey just this year.

“The Canadian Golf Hall of Fame recognizes the accomplishments of outstanding individuals and their tremendous impact on the game of golf and it is without question an honour welcome July Darling-Evans and Bob Vokey as our newest honoured members,” said Sandra Post, Chair of the Hall of Fame’s Selection Committee. “During her competitive career, Judy was fierce and accomplished competitor while the Vokey name has become synonymous with excellence in craftsmanship. Their respective elections exemplify the diversity of talent represented among the members of the Canadian Golf Hall Fame.”

During her stellar amateur career, Darling Evans, 79 was a dominant force in Quebec and Canadian women’s amateur golf with a resume that includes three Quebec Junior Girls’ titles (1953, 1956 & 1957); six Quebec Women’s Amateur titles (1957-1961, 1972); and a Quebec Women’s Senior title (1988); three Quebec interprovincial team titles; a Canadian Junior Girls title (1957) and a pair of Canadian Women’s Amateur victories (1960-61). She also represented Canada at the 1959 and 1963 Commonwealth Games and in 1998, her accomplishments were recognized with induction into the Quebec Golf Hall of Fame.

“Just last weekend I was at the Honda Classic at PGA National where I live, and I was cheering on Graham DeLaet who was well under par, when my phone kept buzzing and I ran home to find Sandra Post had called,” said Darling Evans about getting the call from the Selection Committee.

“She told me that I had been selected to be inducted into the Canadian Golf Hall of Fame. I was overwhelmed and shed more than a few tears. It was the most wonderful surprise. I would like to thank Sandra and the Selection Committee for bestowing this honour on me. It is truly a great privilege to be in the company of such distinguished and accomplished honoured members and I am very excited about the upcoming ceremony this summer at Glen Abbey.”

Born in Montreal and raised in Verdun, Que., Vokey has become one of the world’s foremost wedge designers and trusted short game advisor to many of the modern game’s greatest golfers. His innovative designs have made Titleist Vokey wedges a trusted brand among golfers of every age and skill level.

“I’m truly humbled by this incredible honour. This is something I would never have dreamed of as a young boy growing up in Verdun, working in my Dad’s machine shop. I’ve never forgotten where I came from, so to see my name on the same list of Canadian golf legends is overwhelming. I have always been surrounded by passionate, hardworking people who love the game as much as I do. This honour really is a reflection of everybody that has provided me the opportunities to live out my passion over the past 50 years in golf.” 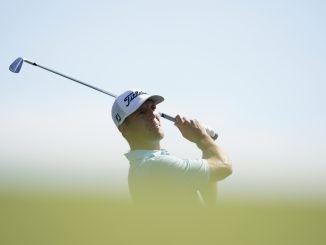 Musings From The U.S. Open – On The Edge of History at Shinnecock 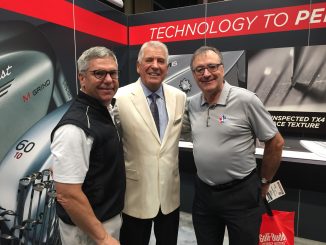 Bob Vokey To Be Inducted In Quebec Golf Hall of Fame 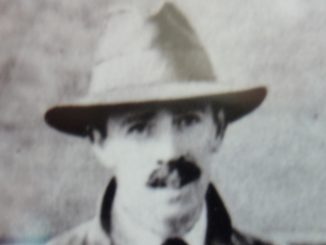