Hardly a household name by most in golf circles, A.V. (Arthur Vernon) Macan has been highly regarded for years in the world of golf architecture and today he received his due as he was named as the 81st member of the Canadian Golf Hall of Fame.

Macan, who passed away in 1964, will be officially inducted during a ceremony at the Glen Abbey Golf Club in Oakville, Ontario on July 24th during the RBC Canadian Open celebrations. He will join the Canadian Golf Hall of Fame along with fellow 2018 inductee Gail Graham.

“The Canadian Golf Hall of Fame recognizes the accomplishments of outstanding individuals and their tremendous impact on the game of golf and it is an honour to welcome Gail Graham and the late A.V. Macan as our newest honoured members,” said Sandra Post, Chair of the Hall of Fame’s Selection Committee. “Macan’s deep contribution to golf course design including notable redesign efforts have become synonymous with excellence in golf course architecture.”

With his induction, Macan, who was affectionately referred to as “Mac”, becomes the 5th golf course architect inducted into the Canadian Golf Hall of Fame.

“Mac was my grandfather and although I never had the pleasure of meeting him, I feel he is a part of our lives even today,” said Matthew Macan, one of Macan’s seven grandchildren. “This is a tremendous honour for our family and we look forward to making the trek from Britain to join you in Canada for the ceremony later this year.”

The Story of A.V. Macan…

Born 1882 in Dublin, A.V. Macan’s contribution to Canadian golf is deeply rooted in defining excellence in Canadian golf course architecture.  Macan learned golf at a young age and soon developed into one of Ireland’s top players. While studying law at Dublin’s Trinity College, Macan competed in top-flight championships throughout the British Isles. It was during this time he would visit many highly touted golf courses in England, Scotland and Ireland, gaining inspiration for the much-admired courses he would later design.

In 1908, he emigrated to Canada with his young family. By 1910, he had settled in Victoria and joined the Victoria Golf Club. Macan won the B.C. Amateur in 1912 & 1913. In 1913, he also won the Pacific Northwest Amateur and the Washington State Amateur Championships.

Macan’s architectural career was launched in earnest when his 1913 design at Colwood (now Royal Colwood), in Victoria hosted the 1922 Pacific Northwest Golf Association championship. Reportedly, Colwood was a hit among competing golfers and soon after, Macan was accepting offers to design courses throughout the region.

In his early 30s, Macan volunteered for service in World War I in 1916 as an officer in the Canadian Expeditionary Force of the Canadian Army. He was wounded by a shell casing fragment in 1917 at the Battle of Vimy Ridge in France. Blood poisoning in his left foot resulted in the amputation of his lower left leg. After the war, he returned to Canada and continued to play competitive golf and design golf courses.

Macan also invented the Herringbone drainage system which eliminated the accumulation of water around, on and under the putting surfaces which was an important development in dealing with the west coast rainy weather.

In 1964, at the age of 82, A.V. Macan succumbed to a heart attack while redesigning Sunland Golf Course in Washington. In 1989, he was Inducted to the Pacific Northwest Golf Association Hall of Fame. 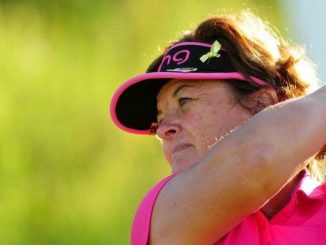 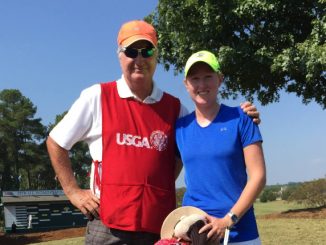