Johnson – the 2016 U.S. Open champion and World No. 2 – began the day on the back nine and was 4-over through his first four holes. He recovered to collect six birdies the rest of the way, but settled for a bogey on No. 8 to reach 7-under through 36 holes. Johnson was at a loss for words when asked about the beginning of his day.

“I really don’t know what happened the first four holes. Just got off to a bad start. Hit it in a couple awkward spots. Made some bad bogeys, but fought back and turned it around and felt like I played really nicely from 14 on in.”

“I think it was a little tougher today,” said Johnson, when asked about the gusty conditions. “The wind today almost feels like it’s a little bit heavier and it’s affecting the ball a little bit more, and it’s a little bit different direction. But I mean, you’ve just got to take advantage of the downwind holes and the into-the-wind holes, just try to get looks.”

With a share of the lead, Johnson feels confident heading into the third round.

“I felt like the game is really good. I’m really happy with my position. Obviously today I struggled a little bit there to start, but the game feels good. I feel like I’m rolling it really well. So I’m looking forward to getting out here tomorrow.”

Luke List extended his string of bogey-free holes to 28 before tallying three through Glen Abbey’s valley holes – Nos. 11 to 15. Birdies on holes 16 and 18 restored the Seattle native’s share of the lead.

“I think the valley is playing tough for everybody,” reflected List. “I wasn’t too displeased with that. I had a good front nine and I was really happy with that. I’ll try to make a few pars in the valleytomorrow and go from there.”

List talked about the need to internalize the pressures of being tied for the lead with a player who has posted five straight Top-10 results, including victories at the U.S. Open and the Bridgestone Invitational, since the beginning of June.

“If I can just forget about what everybody else is doing and stay in my mindset, I’ve had a really good frame of mind the last couple days – just my attitude right now – if I can keep that up, I’ll be happy with the way I finish.”

Calgary amateur Jared du Toit notched six birdies on the day to maintain his hold on T3. The Team Canada National Amateur Squad member began the day on the back nine and collected his third birdie on No. 18 for a temporary share of the lead. A triple-bogey on the par-5 second hole proved to only temporarily set-back the 21-year-old; he strung together a trio of birdies across holes six to eight to finish at 6-under and credits his caddie Sean Burke with keeping him focused.

“I’ve got to thank my caddie because I was pretty down. I was pretty mad about the way things panned out, but he kind of told me ‘just keep going and get back to the game plan and it worked out.”

du Toit appreciates the position in which he sits at his first RBC Canadian Open.

“Everything from now is just cream on top. I had a lot of fun so far in these few days and expectations, you know, [the media] are the ones that put expectations on. No, just excited to go out there tomorrow and keep having fun.”

Four Canadians have advanced to weekend play by finishing 2-over 146-or-better. Adam Hadwin of Abbotsford, B.C., shot 70 to reach T21 at 2-under. Amateur Garrett Rank from Elmira, Ont., holds a share of 36th at even-par while Listowel, Ont., native Corey Conners is tied for 62nd at 2-over.

Manotick, Ontario’s Brad Fritsch missed the cut after rounds of 77 and 74.

CANADIANS AT THE 2016 RBC CANADIAN OPEN 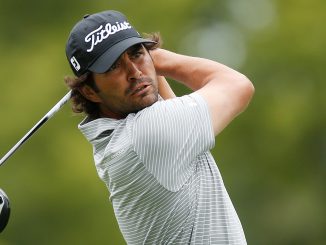 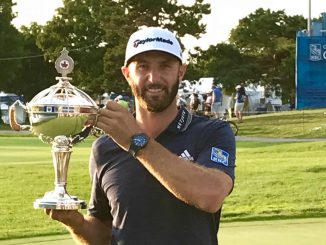