The last year and a half have impacted the entire planet. For most of us, the pandemic has kept us much closer to home. More golf games at home are never a bad thing but naturally we love to explore. That’s why, as the world begins to open back up, including here in Canada, many will be eager to get back to travelling for golf. To help highlight some destinations you may want to consider, let’s take a tour through Eastern Canada (East of Ontario) to consider some golf options.

When golfers travel to Canada’s smallest province there are several courses that are commonly on their “hit list”. Justifiability they often head to high profile properties like the Links at Crowbush Cove and Green Gables Golf Course but there are other options frequently overlooked. That should change.

Among them in the Andersons Creek Golf Course. Opening 2003, the Graham Cooke design is what you might call a “public secret”. Skilled locals can often be found on its fairways in Stanley Bridge for regular games and to play in the Anderson Creek Open.

Laid out on tumbling land, the carefully crafted design will please golfers of all levels. The fairways fit the scenic farmland it is laid out on, blending nicely into the tree lines.

Rates top out at $90 which is a bargain, but that gets even better as they offer weekly rates as well. They are perfect for visitors who are spending their vacation time in the Cradle of Confederation.

Not enough golfers make to Newfoundland & Labrador. Then again, not enough people in general travel to Canada’s most Eastern province. When they do though, they will find earnest and friendly people in a spectacular landscape.

While the population only supports a small number of courses, the quality of them and their settings is hard to argue.

That goes for Pippy Park, a 400-acre swath of public recreation space that overlooks the capital city, St. John’s, and happens to include 27 holes of golf.

Admiral’s Green is the main 18-hole layout. It has hosted national level tournaments, while Captain’s Hill is enjoyable 9-hole layout with plenty of scenery to draw your attention as you play.

At a maximum price of $52, there is plenty of value in the 6381-yard, par 71 course. Additional attraction to the course is provided by the clubhouse deck that offers scenic water views. Those panoramas often include icebergs at various times of the season.

The Captain’s Hill course is the original one in the park and is just as fun as the main course, buoyed by some distracting scenery.

For good reason, certain golf courses in Cape Breton the most eyeballs when people talk about golf in Nova Scotia, but Canada’s Ocean Playground has much more to offer in the golf realm.

From local layouts to those crafted by name brand designers, the province has some sneaky goof golf properties, specifically those close to the Halifax-Dartmouth area.

Along the coast from Halifax, in Bayside, the Granite Springs Golf Club continues to be under-appreciated, in my mind.

On a visit a few years back, our group found the course to be a tactical test of golf, with not so much length and difficulty to be overwhelming for the everyday golfer.

It’s not a course where you are required to bash driver on every hole, but at the same time you need to be accurate enough to avoid its smattering of ponds.

Thirty years after its founding it continues to develop. Ownership changes in the last few years has seen renewed investment in the amenities, making it more attractive than ever to the travelling golfer. For a $60 tariff in the heart of the season, a wander down Prospect Road is encouraged.

Just over two decades ago, in 2000, the first Rees Jones designed golf course debuted in Canada. Most people would expect that would have occurred in Ontario or another populous province but , in fact, it opened in Moncton, New Brunswick.

Royal Oaks Golf Club is, located just a short drive from the airport and you just may want to head right there for a round once you land is this vibrant and growing city.

The club is a complete facility with an attractive and roomy (24,000 square foot) clubhouse with a water view and even golf simulators for year-round enjoyment. Be sure to check out their restaurant as well.

On the course itself you will a tumbling, well conditioned property with enough variety to continually keep your interest from the 1st tee to the 18th green.

All of that is worth the daily maximum rate of $89 that includes range balls and a cart to round out your experience.

The history of the Carling Lake Golf Club in Grenville-sur-la-Rouge, Quebec goes back to the end of World War II. At that time, a nine-hole Stanley Thompson course debuted on the expansive farm owned by the Ayers family. They were already in the golf business as the owners of the Lachute Golf Club, but the setting on Lac Carling was a perfect resort getaway from those streaming out from Montreal, 80 kilometres to the south.

A Howard Watson created 18-hole course was laid over top of the original course in 1961, paving the way for more attention to the property as a resort not only for summer vacationers, but serious golfers as well.

The prospects of the resort and course waxed and waned through the years, ultimately resulting in a new ownership group in 2015. Since then, they have invested in the course and resort, preserving the traditional feel but adding modern amenities.

As a result, golfers are rekindling their connection to the scenic 6600-yard design, while others are making its acquaintance for the first time and coming away impressed.

With more than 2400 golf courses in Canada there are plenty to explore. As the world opens back up, I encourage you to expand your horizons. I think you’ll find many pleasing surprises, including the ones we have featured here this month. 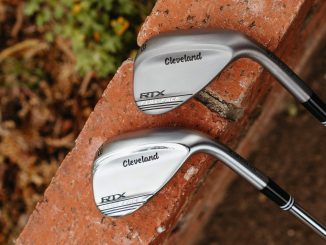 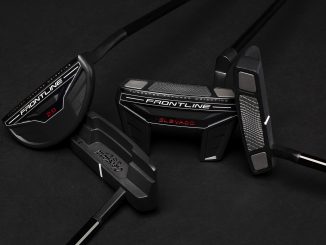 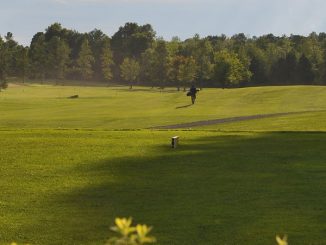 Opening Drive: Golf Is Hard But Score Not Always the Measuring Stick