Québec City, July 6, 2021 – William Duquette will leave the 87th Duke of Kent tournament wearing the famous plaid jacket, an event of the Men’s Provincial Tour presented in collaboration with belairdirect. Leading after the first round, the Club Laval-sur-le-Lac golfer managed to avoid a playoff and beat defending champion Christophe Sylvain by a single shot to win on Tuesday at the Royal Québec Golf Club.

“I feel great! Obviously, winning is always fun and it’s been a long time since I won a tournament. To finally win one feels good,” said Duquette after being crowned with an overall score of 139.

“I hit the ball really straight today. I didn’t get in trouble too often and I didn’t make many mistakes. I think that’s what kept me in the tournament,” he added. An early birdie on the third hole quickly boosted his confidence as well.

After shooting a 73 (+1) on Monday, Christophe Sylvain bounced back with a five-under par (67) to jump 22 spots on the leaderboard and challenge the eventual winner.

Representing the Lorette Golf Club, he delivered a strong performance to finish his round with six birdies on his last nine holes, which allowed him to win the André Gagné trophy offered to the best player from the Québec City area.

“I made a great shot on the ninth to save the par. Then I got it close on the tenth for birdie and just kept going. The putts were sinking in the cup and I was blessed to be able to play well and give the winner a little bit of trouble. I am really happy with my round,” said Christophe Sylvain, who earned the André Gagné trophy for the third time in his career.

“Everyone who knows André Gagné in Québec City area also knows that, in amateur golf, he is one of the best, if not the best, who has ever played. To win his trophy is amazing and to be able to shake his hand at the end of the day is always quite special.”

Once Christophe Sylvain’s show was over, William Duquette knew he had to keep pushing if he wanted to protect his lead. Despite the pressure, he captured the victory on the 18th hole, under the watchful eyes of the spectators.

“I like to know the scores when I get to the end of a tournament, and I knew a -4 was in,” he said. “I had to make a putt from about 20 feet and got within two feet. It was relatively easy, but it was still kind of stressful.”

David Twedell and Charles-David Trépanier, both from the Royal Québec Golf Club, finished in third place with an overall score of 141 (-3). No less than 24 representatives of the host club were in action on Monday during the first round, which included 141 golfers.

The top finisher form the Ottawa Valley Golf Association was Ryan Sevigny of Eagle Creek Golf Club who finished in a share of 5th place.

This was the second leg of the 2021 Triple Crown. As a reminder, Christopher Vandette (Kanawaki) took top honours on the second sudden-death playoff hole at the Alexander of Tunis last week at the Ottawa Hunt & Golf Club. Vandette finished the Duke of Kent in a tie for 14th place (144).

Golf Québec’s next men’s event will be the third and final leg of the Triple Crown, the Provincial Amateur Championship, presented at Summerlea from July 9 to 12. 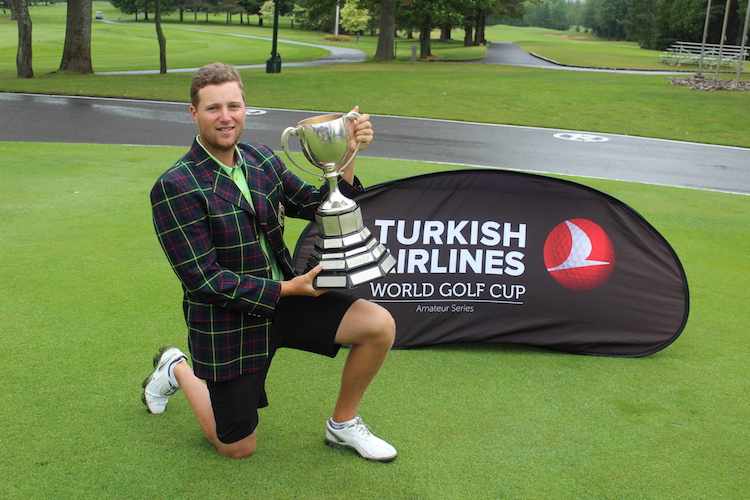 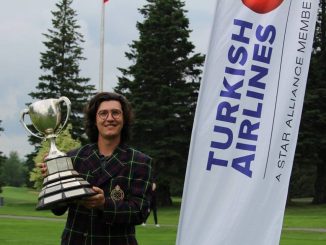 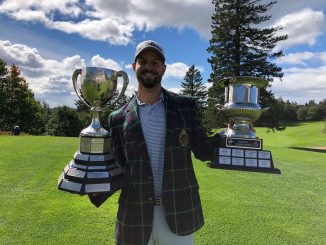