Here at the Home of American Golf, fall is one of our favorite times of the year, with cooler days and less humidity — perfect for getting in 18 holes any day. Fortunately, in these parts, we’re pretty much blessed with year-round golfing weather.

When winter rolls around, despite the cooler temperatures, people still want to get out of town and knock around the little white pill. While many of our friends from Canada and the northeast head all the way to Florida during the winter months, numerous other local and budget conscious golfers suffering from cabin fever arrive in the Sandhills from easy driving distances such as Virginia, Ohio and Pennsylvania.

The winter months here are “value (or bargain) time,” with green fee rates a fraction of their typical cost. The golf courses generally aren’t terribly crowded, so golfers can enjoy faster rounds. This sensational season is also a great opportunity to play widely acclaimed and historic golf courses before the peak spring season arrives.

As it is most of the time, golf is on everyone’s mind around the Pinehurst and Southern Pines area as we approach the winter months. But, perhaps even a bit more these days.

Most noteworthy has been the historic news that the United States Golf Association (USGA) will be establishing “Golf House Pinehurst” — which will include, by the end of 2023, a new equipment-testing facility, innovation hub, and a museum and visitor center. The $25 million investment includes the construction of two buildings that will house 50 full-time USGA staff members near the clubhouse on the historic Pinehurst Resort property.

Most exciting for golf fans, the USGA also announced four additional U.S. Open Championships to be contested on Pinehurst Resort & Country Club’s famed Course No. 2 – in 2029, 2035, 2041 and 2047 – joining the previously scheduled 2024 national championship. The historic news means Pinehurst and the Sandhills of North Carolina will serve as the USGA’s first anchor site for the U.S. Open.

The Country Club of North Carolina (CCNC) recently played host to another USGA championship event, the 2021 U.S. Junior Amateur. It was the third USGA event contested at CCNC since the club’s debut in 1963. CCNC also became the 16th site to have hosted both the U.S. Junior Amateur and U.S. Girls’ Junior. Along with its two previous USGA championships, CCNC played host to the 1972 U.S. Professional Match-Play Championship — won by Jack Nicklaus — seven Southern Amateurs, four Carolinas Amateurs and seven North Carolina Amateurs.

For golf aficionados, excitement around the Sandhills reached a crescendo recently when the 18-month improvement plan at Southern Pines Golf Club was unveiled. One of the oldest Donald Ross-designed courses in existence dating back to the early 1900s, Southern Pines GC is now managed by the company that owns and operates nearby Pine Needles Lodge and Golf Club and Mid Pines Inn & Golf Club. Formerly owned by the Southern Pines Elks Lodge and known locally as “the Elks Club,” Southern Pines remained virtually untouched through the years. It was an affordable, shot makers dream course, always quietly known as one of the state’s most treasured hidden gems.

Now that the current renovation is complete, however, this gem can be enjoyed by all. The two-part project was overseen by up-and-coming architectural star Kyle Franz, who previously supervised restorations at Mid Pines in 2013 and Pine Needles in 2018. Franz has forged his reputation as a Ross restoration specialist, having restored the original sandscapes at Mid Pines, and after executing a greens rebuild and bunker renewal at Pine Needles. He also assisted Bill Coore & Ben Crenshaw on the restoration of Pinehurst No. 2 prior to back-to-back, men’s and women’s 2014 U.S. Opens.

With the Southern Pines GC enhancement, Franz returned the vision and feel of a Ross original, while remaining true to the well-preserved routing and removing other redundant elements that have been added through the decades. In phase one, about 700 trees were removed from the property, augmenting the canopy and highlighting the magnitude of elevation change, while bestowing dramatic golf and lake vistas.

During phase two of the project — detailing work on the greens, cart paths and other areas — the greens regained as much as 25 percent of their original putting surface, returning the feel of the Ross originals. The rough around the green complexes was removed, encouraging players to create and enjoy. Every fairway was widened, making them more inviting for the higher-handicapped players, but also allowing more advanced golfers to strategize.

In addition, the irrigation system around the greens and in the fairways was modernized to sustain immaculate year-round conditioning. Additional yardage was added to the back tees, now tipped out at 6,350 yards and capable of stretching out to nearly 6,900 yards, with a par of 70. Last but not least, Franz rebuilt a previously shuttered par-3 to replace the “Lost Hole” from Donald Ross’s original design. The par-3 was abandoned at some point in the mid-1900s — but now it has been returned.

“We want the course to remain a hub for the Southern Pines community to play golf, swim, come to the grill for breakfast or lunch,” said Pine Needles and Mid Pines CEO Kelly Miller, who headed up the investment group that acquired Southern Pines GC. “I don’t know of any club or resort in the country with 54 holes of original Donald Ross work. That’s pretty special.”

Other major renovation work has been done on area courses recently including architect Gil Hanse’s facelift of Pinehurst No. 4, along with The New Course at Talamore Golf Resort and the neighboring Mid South Club.

When GOLF Magazine recently released its highly anticipated list of the Top 100 Courses in the U.S., Pinehurst Resort was well represented. Images of No. 2 and No. 4 were featured on the cover of the issue, split nationally with No. 2 on half the issues and No. 4 on the other half. No. 2 was ranked 11th overall and second in the Southeast, while No. 4 debuted at 92nd and 15th in Southeast.

Last but not least, The Cradle at Pinehurst Resort has been an overwhelming smash hit with all golfers, but with the millennial crowd in particular. Golfers can plunk down $50 and play as many holes as they like on the Hanse-designed, par-3 layout. The Cradle is now a “must play” at the resort — 789 yards of the most fun you’ll enjoy on a golf course.

This recent golf boom has been a blessing for the industry and should help continue to grow the sport. All this adds up to good news for the game of golf and the Sandhills in particular. So, this winter, when you’re ready to get out and play, come visit the Home of American Golf …. which we could also affectionately refer to as golf’s “winter wonderland.” And check out the latest packages and deals. 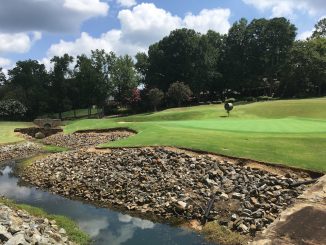 Golf Travel: Charlotte – On The Upswing 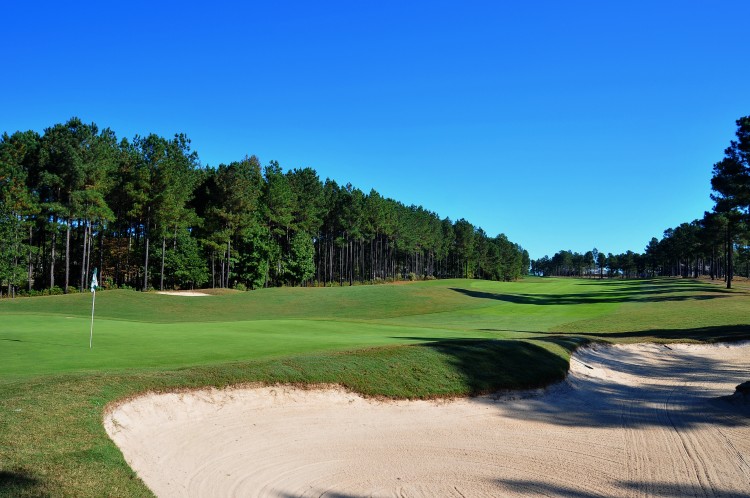