Dave Mills, one of the most influential people in the shaping of the Ontario golf community over many decades, has passed away. News of his untimely passing, at age 74, was shared by his immediate family on Friday.

Nobody will mourn his passing more than his beloved wife, Judy, children Jennifer, Jeff, Jon, and their families. Right behind them will be many cherished family and friends, along with many people he mentored or had some influence through the years.

You need only look to social media as word spread about Mills’ passing. Tributes poured in from far and wide, from peers, former work colleagues, and most notably, people who had been impacted as junior golfers.

With his work in golf, Dave opened up many opportunities for people, and it was a task he took great pride in.

At one time, he was one of those young golf enthusiasts himself.

Mills was born in England but raised in the Peterborough, ON area. As a youngster he would pedal his bike out to the public Beaver Meadows Golf Club (now Pine Crest). When we sat down to talk about his life in golf for a profile story in 2005, you could see the delight that memory brought him. It was the start a relationship with the game that would span his life.

Eventually Dave would join the Kawartha G&CC and his clubs were always around as he moved forward in life, a little less while he attended the University of Toronto, graduating in 1970 with a BASc in chemical engineering. That would lead to a career that would culminate as a manager with Ontario Hydro.

Dave’s “formal affiliation” with golf began when he became involved in the Ontario Golf Association (now Golf Ontario) as a Club Representative for the Bay of Quinte Golf & Country Club when he and his family was then living in the Belleville area. Coincidentally that is where he and wife Judy moved back to in 2012 in preparation for retirement from Golf Ontario in 2014, having made stops in Deep River and Brooklin, Ontario over the years while raising daughter Jennifer, and sons Jeff and Jon.

During that first stay in Belleville, Dave became progressively more embedded in the Ontario golf scene as his sons climbed the ladder as top amateurs, and ultimately, as professionals. (Jeff is now a PGA of Canada Head Professional while Jon is Head Men’s Golf Coach at Kent State after a successful career as a touring professional. Daughter Jennifer is no sporting slouch herself as the Head Volleyball Coach at Clarion University)

Within a year of taking on the club rep role Dave found himself on the Board of Directors of the OGA as the Junior Chairman. It was in this role that he met and influenced even more young golfers.

As his time at Ontario Hydro was coming to a close, Dave had found himself more involved in OGA activities then ever. He was spending most of his free time and vacations either watching the boys play in tournaments or being involved in OGA tournaments and events in some capacity.

No junior was left behind and Mills worked hard to make sure any kid who had an interest in the game, had an opportunity to play or compete. It was that selfless attitude that would serve him well in the next chapter of his life.

It was a time of turmoil for the burgeoning OGA, which had grown significantly but was struggling with its direction and structure, Dave shared during the interview for that 2005 profile story.

After the departure of Skip Williams, the OGA’s long- time Executive Director in the early 1990’s, the organization went through a variety of people at the helm and for a number of reasons that didn’t work out. When the position opened up again Dave (who was still serving on the Board of Directors and about to become President the next year) said he would resign from the board if he would be considered for the vacant Executive Director position. “It worked out,” he says of the transition that brought him into the lead role for male golfers in Canada’s most populated province in the fall of 1997.

Dave says it took him at least a month in his new position to grasp all the issues that faced the group. Analysing the situation he realized that there was a need for real re-organization in the OGA. Within a few years many new staff members were in place and long range planning was a major priority. What was a tournament organization addressing the needs of 3-5% of its members transitioned into to a more professional golf association that looked at the needs of all its members. “We were working hard to build a better association,” says Dave, not from the perspective of the head of the group but more from the direction of someone who loves the game and wanted to see it prosper.

With his own house in a little more order, the biggest event to ever happen for golf in Ontario was looming in the distance for Dave and the OGA. At the time the OGA took care of the male golfers of Ontario while the Ontario Ladies Golf Association (OLGA) was responsible for the women. Talk of amalgamation had come up for almost two decades but nothing had ever come to fruition. Things started to move in 1998 and 1999 and Dave said it reflected the world at the time. “Corporations were merging and amalgamations were starting to be a more common thing.” Early meetings ensued between Dave and Honey Crossley, the head of the OLGA.

The amalgamation was a complicated process involving a committee with members from both sides who had to address all sorts of issues from job security to finances. It all culminated in November of 2001 when the Golf Association of Ontario was born.

In the following years, Dave continued to utilize his vast administrative skills to move the association forward in a professional manner through to his 2014 retirement from the Executive Director position.

His induction summary to the Belleville Sports Hall of Fame (an institution he would eventually become the President of) gives a strong perspective of what he was able to accomplish in 17 years at the helm of Golf Ontario:

More than one hundred athletes who have graduated from Junior Golf Programs in Ontario to receive Golf Scholarships in the United States – and some to professional tours – owe some of their good fortune to David Mills. The Executive Director of the Golf Association of Ontario (GAO) since 1997, Mills has been instrumental in developing Junior Golf Programs in Belleville and across the province. To date, the GAO Scholarship Program, instituted by Mills, has awarded more than $290,000 to more than 180 students.

Mills developed a program specifically designed to educate young men and women – and their parents – on how to pursue and land U.S. golf scholarships. He has spearheaded the introduction or growth of numerous grassroots developmental golf programs at the regional and provincial levels – including a Golf in Schools program which reaches more than 200 new schools annually, and CN Future Links which introduces youth to the game of golf.

Mills worked to secure “Official Sport” status for golf by the Ontario Ministry of Health and Sport Promotion and Sport Canada, and facilitated changes to include golf as a provincially funded sport.

Mills was a Non-Playing Captain with the Ontario Junior Boys Team from 1991-1996, including the National Championship Teams of 1994, 1995; initiated and led the process to establish the Ontario Golf Hall of Fame at Wooden Sticks in 2001; and as a Nationally Certified Rules Official served on the Rules Committee for the Canadian Open, Canadian Men’s Amateur Championship, numerous Provincial Championships and the Telus Skins Game.

While it was not why he made the efforts that he did, Mill also earned recognition for his work in golf from many organizations. That included being inducted in the the Ontario Golf Hall of Fame in 2016, being named an honorary Director of the PGA of Canada, recognized with a Distinguished Service Award by Golf Canada, and in 2018 receiving similar honours from the International Association of Golf Administrators (IAGA)

Even after his “retirement” Dave stayed active in golf as a volunteer for Golf Ontario and just about any other group that seemed to need a hand.

That’s who he was, a giving soul, and he remained that way to the very end.

On a personal note, our team spent much time with Dave over the years on various projects. Our entire staff considered him a personal friend and we mourn his loss like so many others.

Rest in Peace, Dave. You will be missed. Be assured that the world is a better place for you having been a part of it. 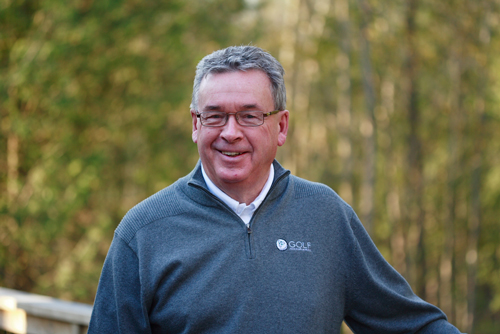 Dave Mills To Be Honoured With International Distinguished Service Award 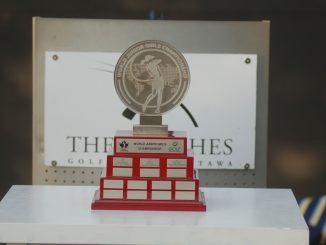 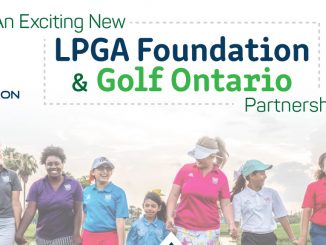