Blick carded nine birdies in his early morning round to offset four bogeys, and said he knew he would need to take advantage of the good conditions before the wind picked up in the afternoon.

“The wind always picks up in the afternoon, so these morning rounds are crucial to take it low and see what you can do,” said Blick. “It seems like a ball strikers’ golf course, and so my swing coach and I just picked out our targets and stuck to it. We got it around the course pretty well today.”

Burgess, who recently completed his collegiate career at Southern Methodist University, posted the low round of the afternoon to match Blick for the head through 18 holes and credited a level-headed approach for his score.

“I kept the ball in front of me mostly and just stayed patient throughout the round. I left a couple out there but I know I gained a couple too, so that’s probably right around where I thought a good score would be,” said Burgess.

The top Canadian is North York, Ontario’s Jae Yong Kim. His score of 68 puts him one stroke off the lead. “I putted really well and was reading the greens really well, and that just kept my round going,” said Kim. “I made a few putts when I needed to get off to a good start. I missed my card by one two years ago and a by a few last year, so getting off to a good start was really important.”

Only 18 players broke par on Tuesday with the scoring average hovering close to 76 strokes.

The current cut off line for Conditional status (Top 40 and ties) is one over par. 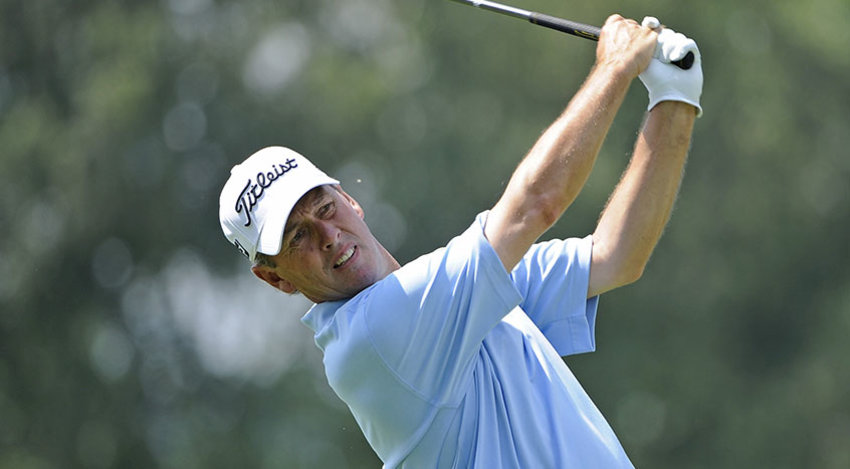