As travel begins to open back up, with the outlook that vaccinated Canadians will be able to head south this coming winter, I am getting swarmed with questions about destinations.

That leads to a lot of thought about the many places I have travelled through the years for the purposes of gathering information for our audience.

While many Canadians head straight for Florida, I have always felt they were missing something by passing through Georgia.

Indelibly linked with The Masters and Augusta National Golf Club, the state of Georgia seems to hold a special place in the heart of all golfers – even if they have never travelled there. For those that do, they soon discover that there is much more to Georgia than one very private golf club that bursts into their living rooms by way of television each spring. Here, in the Peach State, golf seems to seep from the land. Undoubtedly that sense is shaped by the diverse landscape that provides such an excellent backdrop for so many layouts.  Like the Augusta National Golf Club, many of the more than 400 hundred courses in Georgia are blessed with splendid natural canvases making it a memorable site for any golfing excursion.

The largest state east of the Mississippi provides an enticing blend of friendly people, beautiful land, and inviting attractions. The sweet southern drawl of its inhabitants only lends to give the impression of a place where life is taken at a slightly slower place, even in the busy hub of Atlanta.

Not only do the number of golf courses attract visitors to Georgia, so to does the climate. Snow is a rarity in this state with winter temperatures averaging near 10 degrees Celsius. The summer brings days in the high 20’s to low 30’s but the shoulder seasons of spring and fall provide ideal temperatures for the pursuit of golf in all parts of the day. The coastal regions are more consistent in temperature while the mountainous areas of the northwest suffer the coldest winter spells.

Speaking of regions, Georgia has five distinct regions separated by both geography and demographics.  The areas each offer their own flavour of culture, topography, and attractions. It all begins with the Georgia Mountains in the north, moves to the Atlanta Metro area, ands then spreads into the Historic South, the Southern Rivers region, and finally to the Coast area set right on the Atlantic Ocean.

In the northwestern reaches of Georgia, you will find the foothills of the Appalachian Mountain range. Here you will find scenery enhanced by elevated views and breathtaking valleys. It makes for golf courses highly varied in elevation with scenic backdrops.

In the heart of the Blue Ridge Mountains, just two hours north of Atlanta, you can find the Brasstown Valley Resort.  Opened in 1995 this 503-acre retreat was built in a place known as “The Enchanted Valley” in local Native American lore. The enhancement continues today for visitors who come to the resort year-round to enjoy its tranquil setting.  The recently renovated resort (2003) resort features 134 rooms and it surrounded by several thousand acres of National Forest.

For golfers Brassstown offers an 18-hole layout designed and built by Denis Griffiths. Highly touted by several publications, the almost 7,000-yard course winds its way through hills and wetlands. The facility also includes an impressive practice area and a location right on the doorstep of the resort making for easy access.  When your round is all over you can retreat to the resort and sit in front of their impressive 72-foot-high stone fireplace.

It is hard to believe that Stone Mountain Golf Club sits just minutes east of downtown Atlanta with its peaceful setting so far removed from the look of a metro area. This popular club is home to two golf courses and rests in the shadow of the much-heralded Stone Mountain. It is a significant landmark in the south as the largest exposed granite mountain in the world and a famous Confederate Memorial carving featuring Robert E. Lee, Jefferson Davis and Stonewall Jackson on horseback is etched into it.  This carving can be seen while playing the front nine of the Lakemont course at Stone Mountain.

Lakemont was the second golf course at Stone Mountain built in two phases starting 1998.  The front nine is the most impressive with its views but disappoints a little by having their most spectacular hole as the 1st.  Although strong throughout, it would have been nice to have the 1st hole play as the last and leave a dramatic final impression.

The strength at Stone Mountain is the Stonemont course, a Robert Trent Jones, Sr. design that is the only one completely accessible by the public in the entire state. Built in 1969 and restored in 1999 Jones always had great praise for the layout once calling the setting, “so magical that it truly seemed as though God, Himself, had created (it) with a golf course in mind.”

Geographically the largest of all the regions in Georgia, the Historic South connects all other territories. Stretching from the edges of Atlanta and almost to the coast, this area represents the heart of the state with major cities like Macon and Augusta falling within it.  While physically not as striking as areas further to the north and east, having slightly less elevation changes, it still possesses scenic backdrops of sparkling lakes and dense forests amidst a sprinkling of rolling terrain.

Just east of Atlanta is one of the eight golf properties located in Georgia State Parks. The Creek at Hard Labor can be played for under (USD) $47 at all times and both campsites and cottage are available within the park. The greens at The Creek were totally replaced in 2005 and now feature solid Champion Bermuda surfaces that roll nice and true. A park setting ensures a natural environment with water and woodland in abundance.

Further along I-20 you will find numerous attractive golf properties in the famous Georgia Lake Country. Multiple layouts can be found along the shores of Lake Oconee, including the Golf Club at Cuscowilla.

Primarily a residential development but still offering several accommodation options for guests, Cuscowilla on Lake Oconee is a must for golf purists. Their delightful Ben Crenshaw/Bill Coore layout has earned numerous awards and positive comments since it debuted in the late 90’s. “We are extremely proud of it from a natural sense, the views of the lake, the beautiful pine trees, and the varied situations enabled us to include as many different golf strokes as we could,” said designer and PGA Tour legend Ben Crenshaw about Cuscowilla.  A soft and subtle appearance hides the brawny underbelly of a course that will test all levels of golfers.  Several holes play within sight of, and over lakeside inlets, adding to the drama of play.

The PGA Tour is a regular visitor in Georgia and one property that was a favourite among tour players when it was the host of the tour’s Buick Challenge from 1991 to 2002 was Callaway Gardens in Pine Mountain. This 13,000-acre resort is home to 36 holes of golf and a 26-acre practice facility. Opened in 1952 by the Callaway family, the Gardens provide a venue to preserve and prosper the natural environment while giving visitors a better appreciation for the natural world. They are a popular destination with many on-site activities and accommodations.

Their most renowned course is the carefully crafted Mountain View course, the creation of Dick Wilson and the host course for the PGA Tour when they visited. The much shorter Lake View Course (just over 6,100 yards) is the perfect retreat for those golfers with abilities of a less standard.

Anyone who has ever made the road trip to Florida along I-95 will be familiar with the coastal region of Georgia. Parallel to the Atlantic coastline, here the larger towns of Waycross and Savannah are joined by a number of coastal islands that provide unparalleled settings for golf courses, hotel, and resorts.

Among those islands are the more exclusive enclaves of St. Simon’s and Sea Island where golf is at a premium, but they are not your only option for island golf in this region.  Four of the more than two dozen courses in the area can be found just an island over from St. Simon’s on Jekyll Island.

The Jekyll Island Golf Club is a public facility offering extremely reasonable rates for the quality they provide.  Walter Travis laid out their nine-hole Great Dunes course in 1898 at the behest of the members of the Jekyll Island Club. The club was the core of a retreat where some of the richest families in the world resided before the island was turned over to the state in 1947.  Their original clubhouse is now the Jekyll Island Club Hotel, an alluring property that dates to 1887 and was built in the Queen Anne Style.

The Great Dunes course has been left largely untouched with tiny greens fit right into the Oceanside dunes. It makes for a unique experience and a way to put you in touch with golf as it was played at the turn of the 20th century.

For a more modern golf environment the Oleander, Indian Mound, and Pine Lakes course are far more than adequate.

To do justice to the state of Georgia and the golf it offers, it is going to take anyone more than one visit. With regions so distinct in terrain and culture it sometimes seems if you are in a different state when you visit each one.

What does link them though is the quality of golf experiences that they present. Rolling or flat, along or the mountainside or with an ocean view, Georgia’s golf course have you covered.

Even the smallest “bite” of the Peach State is sure to be a sweet one so do not hesitate to include it in your next list of possible vacation destinations. 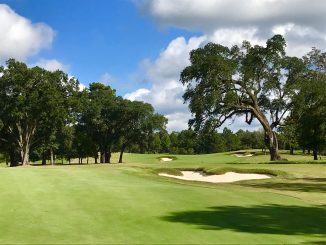 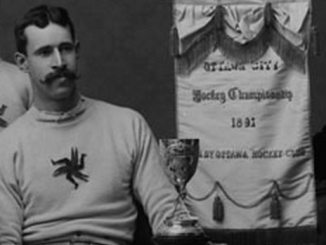 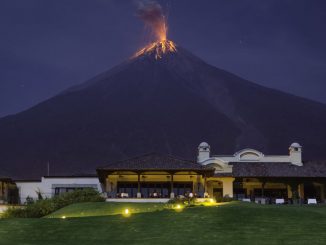