Over 25 years of Flagstick we have shared many stories, featured profiles on hundreds of people, and encountered thousands of golfers along the way.

A slim few have reached the heights of the sport, making their way on to the LPGA TOUR, PGA TOUR, Symetra Tour, and Korn Ferry Tours. But they are rare, for the most part the people that have adorned our pages play the game simply for the love it. Some find the competitive aspect of the game their biggest attraction to it, but even they often see it for more than that.

Personally, I know what golf has provided for me, and I like to think it may have done the same for many of you. It’s what makes the game so special and worth sharing with others, especially those in the generations to follow.

Of course, we all occasionally need a nudge to remind us of this. It’s easy to get all caught up in somewhat meaningless things and forget what really matters.

As both a golf media member and PGA of Canada Professional, my life is often absorbed by the sport of golf. When golf season comes, like many others, life is at full bore with little thought to much else. On the media side we get caught up in covering the game, running a business, and on the coaching side, my focus becomes lesson schedules and player performance.

For a lot of people who just play the sport for fun, they too get immersed in grinding out a score, getting frustrated at poor shots, and aggravated by slow play, or some other irritation.

In a time when golf has been a refuge of sorts from the troubles of the world, there has never been a time to be more grateful for it.

Recently I attended a 40th birthday party for a person whose name appeared in our pages as a junior golfer. He was a talented young player, a little fiery at times, and truthfully, he admits that he took golf for granted. That was, until, he had a heart attack at age 38. He shared that it was in that time, when he was not sure if he would even leave the hospital, that his appreciation for his life, including golf, all came into perspective.

After many years away he has come back to the game now, is now playing with his son, and parents, but is there to enjoy just being outside and the company of others.

It was also at that same party where he conveyed to me that he appreciated the time I spent with him as a teenager, not for showing him how to be a better player, but, in his words, “showing him how he could be a better person, the one he is today.”

That meant more to me than any shot hit, or score recorded, and it could never have happened without a connection through golf.

In the end, golf is about bringing people together, and with that interaction comes many things. It guides people towards friendships, career opportunities, spouses, and creates bonds within a family that can never be replaced.

The gifts of golf are many, so the next time you play, whether it is appreciating the course you are on, or the people around you, give yourself a little reminder about how lucky you are to have golf in your life.

It will make that next bad golf shot feel just a little less painful. 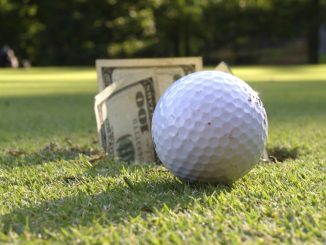 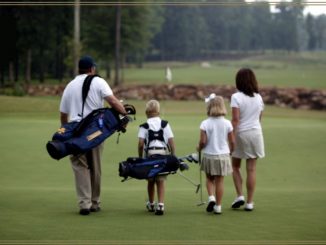 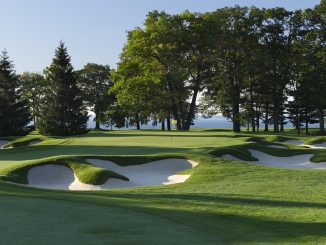