Lac-Etchemin, July 7, 2021 – With the Women’s and Junior Girls’ Provincial Championship now over, Anne-Léa Lavoie‘s name will be engraved on two separate trophies. With an overall score of 219 (+6), the Royal Québec golfer took top honours in both the juvenile and junior categories on Wednesday at Club de golf Lac-Etchemin.

Lavoie came very close to capturing a third title in this event of the Provincial Women’s Tour presented in collaboration with belairdirect. As a matter of fact, she finished second in the amateur category, four strokes behind her playing partner, Elizabeth Labbé (215, +2).

The Club de golf Lorette player hit a great shot on the 18th hole to make birdie and secure the victory. “It’s a great ending to a great tournament week and I’m happy that I was able to finish on a strong note. It wasn’t an easy putt to make, so I’m glad that it sank in the cup,” she said, laughing.

Eastern Ontario had some fine representation in the junior and amateur category. Haley Yerxa of the Ottawa Hunt & Golf Club tied for 3rd in the amateur class while Madison Barber of The Landings Golf & Teaching Centre was solo 5th. Isabella Ferguson of the Ottawa Hunt & Golf Club was 3rd in the Junior division with Madeleine Pytura of The Royal Ottawa Golf Club ending up in 5th. Ferguson was 2nd in the Juvenile category where Antonio Ho (Ottawa Hunt) was 5th, Carlee Meilleur of Tecumseh was 6th, and Lauren Gervais of Rideau View was 7th.

The fourth time was the charm

In the past, Élizabeth Labbé had to settle three times for the second place in this event. Lifting the champion’s trophy was a great relief for her today.

“I’m really thrilled! There are not many words to describe how I feel. My efforts were finally rewarded, and it feels good. […] For sure there was a little bit of stress in my head (at the beginning of the day), but I managed to handle it well and forget about it.”

Both from the Québec City area, Anne-Léa and Élizabeth train with the same coaches and regularly have the chance to compete against each other.

“We are used to playing together. There’s always a little rivalry between us, but that’s part of the competition. It added a little pressure in my game, and I think that’s what I needed to finish the tournament strong,” said Elizabeth Labbé who played a final round of 72.

In the senior category, Suzanne Ricard (Royal Montreal) enjoyed a smooth and successful tournament with a cumulative score of 224 (+11). Her closest rivals, Marlene Desbiens (Murray Bay) and Marie-Thérèse Torti (Vallée du Richelieu), followed with 232 (+19) and 238 (+25). Diane Dolan of Hylands tied for 4th.

“It’s always nice to win, but the most important thing for me was to stay calm throughout the three rounds and play to the best of my ability. My main goal was to play my round well and not worry about the results. The icing on the cake was winning the tournament,” said Suzanne Ricard.

Not used to participating in Golf Québec tournaments, the champion will have fond memories of her experience in Lac-Etchemin.

“The senior women’s group is a great bunch! There are a lot of friendships that build up. It’s a great competition and there’s a lot of support and fun to be had in these tournaments.”

Overall, 70 female golfers of all ages teed off on the course at the Lac-Etchemin Golf Club this week.

Noémie Paré (Victoriaville), the 2020 amateur champion, did not compete in this year’s event, as did defending senior champion Teri De Luis (Brockville). Emily Romancew (Elm Ridge Country Club), who triumphed in the junior event last year, finished third (220, +7) on the amateur side this time.

Golf Québec’s next tournament will be the Boys’ Provincial Junior Championship to be held at the Club Sports Belvédère in Abitibi-Témiscamingue from July 11 to 15. 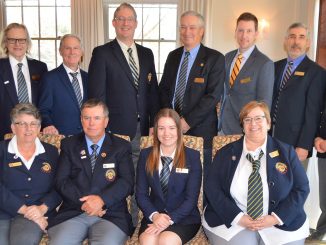 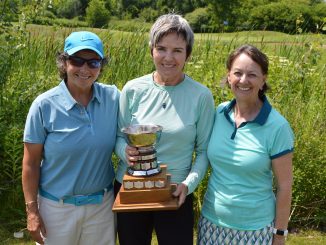 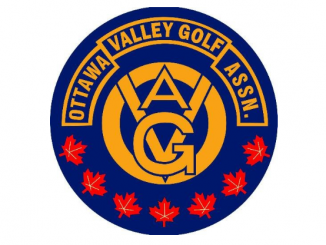