Her fans have not lost hope but Brooke Henderson does not like her chances headed into the final round of the CME Group Tour Championship on Sunday.

The Canadian recorded her third straight score of 70 on Saturday and at -6 total, trails the four leaders of the LPGA’s final event of the year by four strokes.

It does not sound like a lot given that Henderson is one of just five players who can win the tournament and automatically win the CME Race To The Globe, but she seems to feel otherwise.

Currently tied for 23rd place, the Smiths Falls resident and five time TOUR winner was succinct in her thoughts on whether she could win the Championship given the condensed leaderboard. “Ah, no,” was her response to the query.

The answer was likely prompted by a third round where she had hoped to gain more ground, but was unable to do so. She admitted as much without saying it directly.

“Yeah, you know, it is really bunched up. If I could have made a few birdies coming in I really would’ve jumped up the leaderboard. Hopefully tomorrow I can go out and birdie three or four of my first nine and then see my name closer to the top. Solid day. I’ve been consistent anyway, 2-under three days in a row. Hopefully tomorrow be a little bit better.”

She added on the topic, “I feel like I played decently well and just maybe didn’t catch all the breaks, or a couple putts just missed, where if they would’ve fell could have been different story.”

While she may feel it is improbable, Henderson is capable. She leads the TOUR in 2017 for rounds in the 60’s and Sundays, well, they are kind of her thing. She is a cumulative 58 under par in final rounds this year and posted a closing 64 in Malaysia just three weeks ago.

It’s not a lost cause that the 10th ranked player in the world could make a run on Sunday, but she may need some help from the other players to truly contend.

“There are definitely a lot of the birdies out there. You have to play smart, too. It can jump up and bite you at times. If you play smart and put the ball in  right places, then you can definitely shoot a low number and move yourself up the leaderboard.”

That said, with some of her most talented peers ahead of her, Brooke is realistic about her final lap of the season and her achievable outcome.

“You know, being this far back with that many people ahead of you it’s very unlikely that I could be the champion of this event this year. However, I can still get into the top 10, maybe even better if I get off to a hot start tomorrow and hopefully make a few putts. Got to shoot a low number and just see what happens.”

Henderson tees off at 8:59 a.m. on Sunday alongside Marina Alex and Minjee Lee. 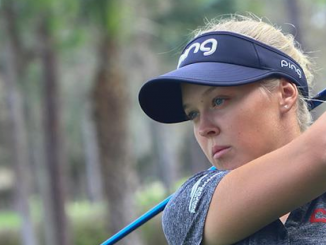 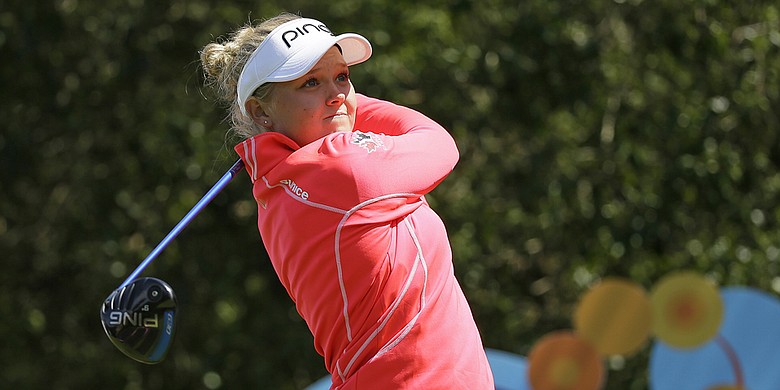 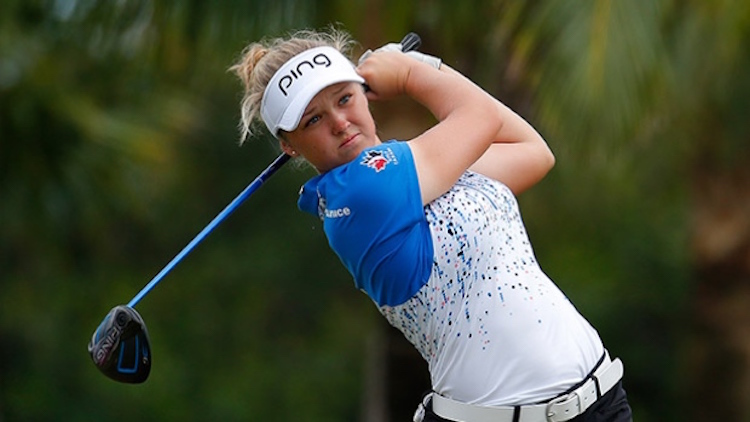 No Major Hangover For Henderson; Two Back Of Lead In Michigan