It was a day of firsts at the 99th Ontario Junior (U19) Boys’ Championship and a young man from the National Capital Region was at the centre of it.

Seventeen-year-old James Newton, a member of The Royal Ottawa Golf Club, charged to the title, setting a tournament record in the process and also taking his place in history in another way. He becomes the first golfer from Ottawa to win the coveted title previously won by the likes of Mike Weir and many other Canadian golf icons.

Newton started the final day at the Whistle Bear Golf Club in Cambridge, Ontario with the slimmest of leads but at the end of the day was an incredible thirteen shots ahead of his nearest pursuer.

Newton, who is committed to attend Rutgers University in the Fall of 2022, finished four laps of the Whistle Bear layout at 16-under-par, with scores of 68-67-70, and 67. The 272 total was two better than the record set by Nolan Piazza just last year.

James tallied 24 birdies over those rounds, including seven in the final round. That propelled him well past silver medalist Ben MacLean of the Cherry Hill Golf Club who gave up seven strokes to par in the final round. Taking home bronze medalist hardware in a four-way tie was Shawn Sehra (Kingsville G&CC), Isaiah Ibit (Greyhawk GC), Sam Hogan (Rattlesnake Point GC), and Graem Costigan (Galt CC).

A past winner of the Junior Honda Classic in South Florida where he spends his winter seasons, Newton was understandably ecstatic with the result of the week. “I’ve been coming to this tournament a lot over the past couple of years. I’ve always seen that everyone who’s won has played exceptionally well and I thought I played well enough this week to win it, and I did. It feels great and it’s the quite accomplishment, so I’m happy for what the future holds.”

The golf medalist had a strong plan for the week and gave partial credit it for his success, a victory that earned him a traditional Whistle Bear winner’s celebration that included a trophy shot in the club’s waterfall.

He noted of his march to victory down the 72nd hole, “I stuck to what I had been doing all week. I just had to hit four good shots; the fairway and two putted on the green.”

Word is that James had been working on hitting a little draw with one of his coaches, Derek MacDonald of the Royal Ottawa Golf Club. It sure seemed to work based on his scores.

The win boosts Newton’s upcoming playing schedule. Already set to play in the Canadian Junior Boys’ Championship in Quebec in early August, he is also now exempt for the Canadian Men’s Amateur Championship next week at the Ambassador Golf Club in Windsor, Ontario.

To view the leaderboards from the 2021 Ontario Junior (U19) Boys’ Championship, visit this page. 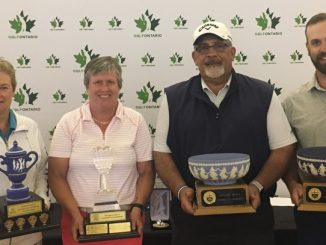 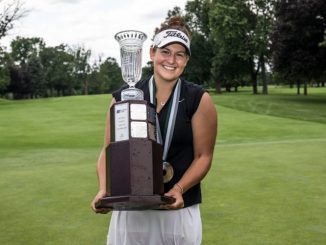 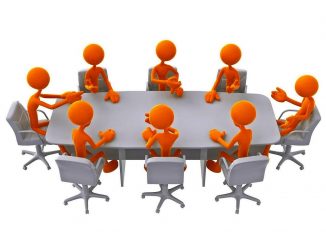