Tennessee’s Jason Millard made the conversion.  The 36 and 54 hole leader of the Mackenzie Tour – PGA Tour Canada Freedom 55 Financial Championship needed extra holes to get the win on Sunday, but he got the job done.

After a final round of 68 at Highland CC in London, ON, he had to face off against Vancouver, B.C.’s Ryan Williams in a playoff where he prevailed to earn the $36,000 price on the line, the richest of the tour season.

More importantly it propelled him from 30th place in the Order of Merit to 5th place to complete the year, earning him conditional status on the Web.com Tour for 2016.

“I was 30th (on the Order of Merit) coming into the week, so I felt like I had no pressure compared to the guys in the top five or the top 10, I was just trying to have a good week,” he said.  “Earning Web.com Tour status is what we play for all year long and the fact I’ll be able to play on that tour next year feels great. Honestly, I don’t think it has hit me yet, I’m sure it will sink in on the drive home.”

Williams was foiled in his bid to win back-to-back Freedom 55 Financial Championships, having captured last year’s event down the road at Sunningdale Golf & Country Club.

“I’m really proud of myself, I put myself in position to win,” Williams said. “It’s been an up-and-down year, but coming into the last event, as defending champion, and have a chance to win in a playoff is pretty satisfying. I have to credit Jason, who played great all week.”

Taylor Pendrith of Richmond Hill, Ontario, finished T8 to clinch Freedom 55 Financial Canadian Player of the Year honours which comes with a $25,000 prize.

Pendrith had what many would consider a heart-breaking season – he had five top-10 finishes in 2015, but that tally included playoff losses. His reward is that he graduates to the Web.com Tour after finishing third in the Order of Merit with $60,736, $5,969 ahead of Albin Choi of Toronto, Ontario.

“This was our third year presenting the Freedom 55 Financial Championship, and we’re fortunate to be working with a partner like the Mackenzie Tour who have given so many aspiring young players an opportunity to move on to PGA TOUR success,” said Mike Cunneen, Senior Vice-President, Freedom 55 Financial. “As a Canadian organization that believes in inspiring freedom and confidence for the future, it was a privilege to recognize young Canadian golfers on the Tour with the Freedom 55 Financial Canadian Player Award, and help them achieve their goals and dreams. We look forward to doing this again next year.”

“We’re thrilled to see Taylor put on a great performance this season to be named Freedom 55 Financial Canadian Player of the Year,” said Mackenzie Tour President Jeff Monday. “Our thanks and gratitude go out to Freedom 55 Financial for all their support of our Tour, including these awards. Thanks to them, some of our best and brightest players are able to take a big step forward in achieving their goals and dreams.”

“I’m thrilled to be the Freedom 55 Financial Player of the Year and finish in The Five,” said Pendrith. “While today didn’t go the way I wanted, it was nice to close out the season accomplishing some of the goals I set for myself at the beginning of the year. While I wasn’t able to win, I gave myself a lot of confidence by putting myself in that position on a consistent basis.”

Spaun, who posted seven top-10 finishes including a win at the Staal Foundation Open presented by Tbaytel, will be fully exempt on the 2016 Web.com Tour after finishing $11,297 ahead of No. 2 C.T. Pan of Taiwan. Joining Spaun and Pan in The Five were No. 3 Taylor Pendrith of Richmond Hill, Ontario, No. 4 Sam Ryder of Longwood, Florida and No. 5. Albin Choi of Toronto, Ontario, who was fifth in the Order of Merit heading into the week, finished T13 and was knocked out of the top five by the Freedom 55 Financial Championship winner Jason Millard of Murfreesboro, Tennessee.

“I’m so glad all the hard work paid off, I had a really good season and it means that I’m one step closer to my dream of playing on the PGA TOUR,” said Spaun. “There was always a feeling of envy to see The Five at the end of my first two years, and to be here finally, after three years, it’s a great feeling. All the hard work, all the support that I’ve had, it’s all coming together.”

In addition to The Five earning status on the Web.com Tour, players finishing 6-10 on the Order of Merit earned an exemption into the final stage of Web.com Tour Q-School, led by No. 6 Choi, No. 7 Michael Letzig of Kansas City, Missouri, No. 8 Drew Weaver of Atlanta, Georgia, No. 9 Adam Svensson of Surrey, British Columbia. and No. 10 No. 8 Kevin Spooner of West Vancouver, British Columbia.

Players finishing 11-20 earn an exemption into the second stage of Web.com Tour Q-School 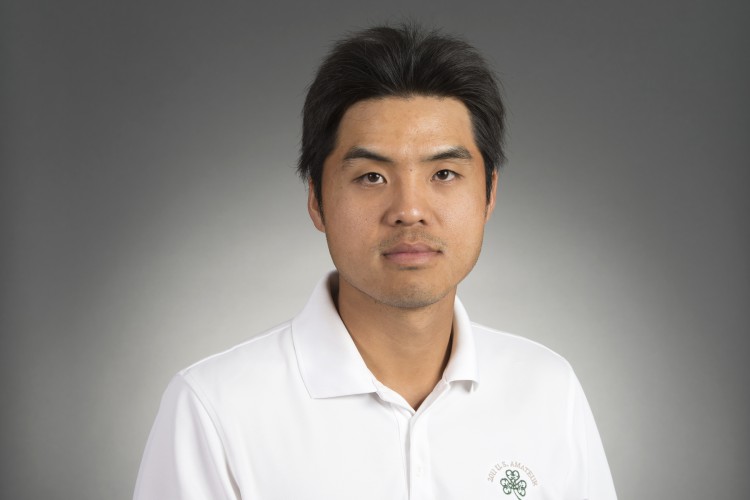 Four Canadians In Contention For Status At Mackenzie Tour Qualifying 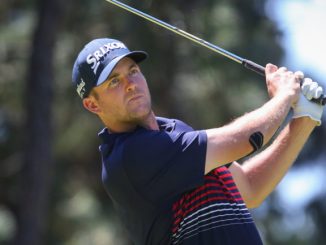 “Balancing” His Approach Pays Off For Pendrith; Wins Again On Mackenzie Tour