Canada has some more representation on the LPGA Tour. Two of the three pros who were part of a skins game for charity at Loyalist Country Club in Bath, Ontario earlier this year, earned LPGA status for 2017 on Sunday. It is the first time doing so for either of them.

Jennifer Ha of Calgary (70-74-69-67-72) will enjoy full access to the LPGA Tour in 2017 due to her share of 8th place at the final stage of qualifying held at LPGA International Golf Club in Daytona Beach, Florida.

Ha, a Kent State graduate who played the Symetra Tour in 2016, had her first professional win earlier this year on the National Women’s Golf Association (NWGA) tour.

Also a winner on the NWGA Tour this year was Augusta James. Like Ha, James is a former Team Canada member. She finished her Symetra Tour campaign in 13th place on their money list this year, just 3 spots back of putting herself on the LPGA Tour.

On Sunday James slipped into conditional status for the LPGA in 2017 after a closing 73. That tied her for 44th place. The players finishing 21st to 45th earned the Category 17 status. She started the week with two rounds of 76 but then shot her way into card contention with back-to-back scores of 69.

Although it worked out in the end, there were a couple times this week where James doubted how it might all turn out.

That was the case at the end of the tournament when a score of 70 was initially posted for her final round. It caused jubilation for friends and family watching the event via internet scoring. The issue was that James was not at -2 for the day, in fact, she was one over par and dreading the outcome. Scoring had initially been entered incorrectly for her entire group.

“I didn’t even realize I’d have a shot at it, honestly,” James shared after the round by phone. “I thought, plus one today, I’ll probably just miss out. I really wasn’t holding my breath about it. I thought I had to put together a round of even or a little bit better. I thought even might do it, because it was really windy, but so I was pleasantly surprised that +1 kept me in it, which was cool.”

Of course the real mental test for the North Carolina State product came earlier in the week after opening with the two scores of 76. On the heels of two seasons where she just missed her LPGA card via the Symetra Tour money list, and in her third trip to the finals, it appeared that a lot of hard work was once again going to be unrewarded.

“I have, for sure, put the most amount of effort in over the last month and half that I have for any stage of Q-school before and I finished up school this semester too so there were a lot of things that I really worked hard on. To see it just kinda be thrown away like that in the first two rounds, I was really disappointed,” commented the 23 year-old.

Known for her resiliency during her career, James once again drew upon that skill to get herself refocussed for the final 54 holes. She says she collected herself and used a good frame of mind to turn the week around.

Knowing she already had Symetra Tour status for 2017 she reminded herself – “You just don’t have anything to lose, only to gain and there are other people who are under par who might back up and you just have to hang around and chip away at it.”  ”

“I’ll be honest, I thought it was going to be a difficult feat (she was 133rd in a field of 156 players after two rounds) to get where I am today but of course once I sat down and relaxed and gave myself a little mental checkup, it seemed more doable.”

With conditional status James says she will look to LPGA orientation on Tuesday to help her better understand what her schedule might look like in 2017. The mix will likely include Symetra Tour events, LPGA Tour qualifiers, and LPGA Tour events.

“I’m just going to have to play it by ear and just put together as solid of a plan/schedule as I can for the beginning of the year and be flexible to change. They’re just so much that comes with officially having that LPGA status. There is a lot to be excited about and to prepare for.

One event that will be on James’ radar is the 2017 CP Canadian Women’s Open, to be held in Ottawa – a couple hours from her hometown near Kingston. In favour of playing Symetra events and seeking the top ten place on the money list that would graduate her to the big tour, James turned down a shot at Canada’s biggest LPGA event in recent years. But if the opportunity arises in 2017, she’ll be there.

“The Canadian Open is an event I want to play in every year so I’ll do what I can to get into that.”

Given the location of the tournament in 2017, especially with the potential of many friends and family in attendance, James is not daunted, but excited at the possibility.

“You know what, when it was there (at Ottawa Hunt & Golf Club) in 2008 I was there as an attendee. My godfather dropped me off at the course each morning and I got to go follow some of the big names and I’ll just be really excited if I get to tee it up on that course with those girls.”

Asked how she was feeling physically after playing 90 holes of tournament golf  and enduring a lot of preparation, James, wrapped it all up perfectly.

“It’s a long week for sure. but getting your LPGA Tour card at the end of it gives you a little more jump in your step.” 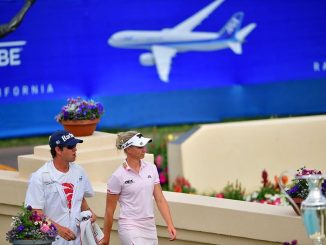 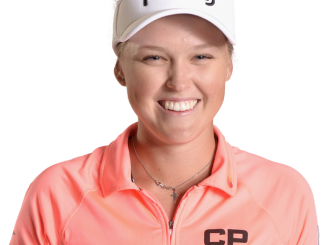 6th Place For Henderson in Thailand 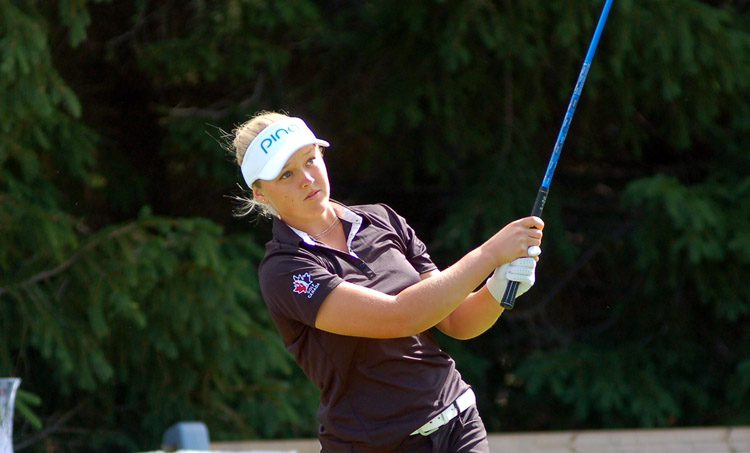