OTTAWA (Golf Canada/ Golf Association of Ontario) – The team representing the Republic of Korea continued its strong play in the third round of the World Junior Girls Championship at The Marshes Golf Club in Ottawa.

The trio’s depth was again on display – for the third time in as many days, a different player led the team. The unit finished the day 6-under and now sits at 15-under 417 for the competition – 11 shots clear of second. Icheon native Shin Hye Kim led the way with six birdies and a bogey-free 3-under across the back nine. She finished the day at 4-under 68 to move into a tie for third at 2-under 214.

“I am extremely happy with my round. I was very lucky with my putting today. There were times when I made six or seven footers and that is something that rarely happens for me.”

Teammate, Hye-Jin Choi, a native of Paju-si, fired a 2-under 70 to reach 5-under in the tournament and reclaim the lead she held following the first round. Round two leader Eun-Soo Jang of Chang-Hyung finished the day 4-over 76 and sits alone in fifth for the tournament at 1-under.

“Even though this competition has an individual component, all three of us are only focused on the team competition,” added Kim when asked about her relationship with her squad. “The first day I was worried because I shot a 4-over. Throughout the round, I thought about what my teammates were doing, when I finished and found out what they had shot, I was instantly relieved. It felt like I had shot a 3-under myself.”

Filippa Moork began the round in third-place at even-par, but a 4-under performance propelled the native of Karlstad, Sweden into second. The 18-year-old is one-shot off the individual lead.

“It felt really good to tie for the low round. I played my own game,” said Moork. “It was fun out there today. It feels nice that my putts were going in.”

Team Sweden, consisting of Moork, Gothenburg’s Elin Esborn and Fiskebackskil’s Frida Kinhult, sits alone in second at 4-under 428 following a combined score of 3-under on the day. Esborn completed the round at 3-over 75 to sit T20 in the tournament at 223. Kinhult ended the day with a 74 and is currently alone in sixth.

“We did really well today,” said Sweden’s head coach Malin Thorberg. “Filippa putted really well today and made a lot of birdies. Frida, as well. It was a very good day on the greens. We are all really happy with today.”

Despite some difficult circumstances, Thorberg reflected very positively on the importance of this competition. “This is a really good learning experience for the girls. For Frida and Elin, it is their first time playing in this championship. We were without our clubs for the first two days (due to travel issues), but that was a good thing for the girls to learn – that these things can happen. They took it really well. From there, we just tried to be happy and do our best and learn as much as we could, both from other players and the course.”

Rounding out the top three is Team Denmark. The squad members made a move early in the round and found themselves just one back of Korea for the lead. However, they would fall back and sit at 2-under heading into the final round.

Silkeborg’s Cecilie Bofill, who is tied for third, led Denmark on the day. Bofill got off to a fast start with three birdies on the first five holes, but would end the round at 2-over 74 to sit 2-under for the tournament. Teammate Puk Lyng Thomsen, a native of Frederickshavn, was 1-over for the day and sits T8 at 2-over. The third member of the team, Gilleleje’s Line Toft Hansen, is T13 at 4-over after an even-par third round.

Team Canada Two’s Kathrine Chan of Richmond, B.C., posted a 2-over 74 on the day – her lowest round of the competition. Tied for 27th, she is the top Canadian in the individual standings at 12-over.

The final round of the World Junior Girls Championship will begin tomorrow at 8 a.m. Additional information regarding the tournament, including tee times and full results, can be found at www.worldjuniorgirls.com. 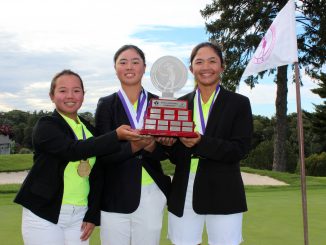 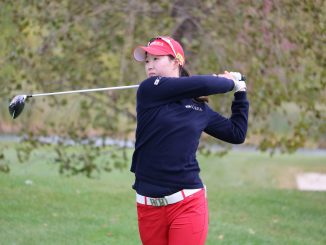 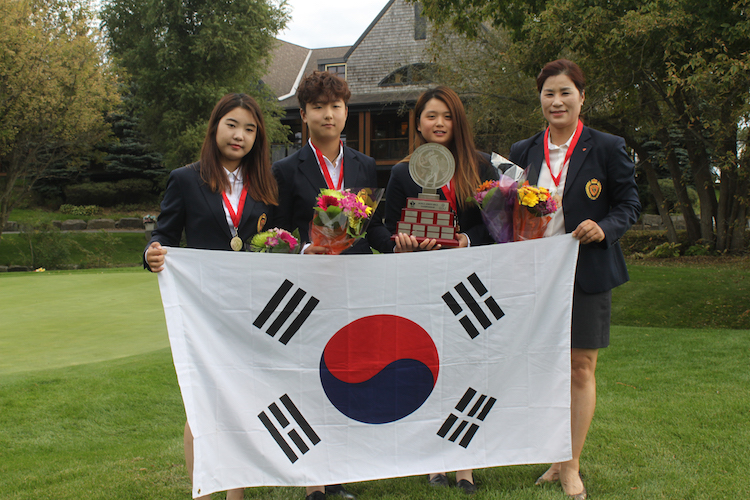