On Sunday in Montreal, hard work paid off in a big way for Floridian Hank Lebioda at the Mackenzie Investments Open presented by Jaguar Laval.

The Winter Springs resident closed in style with a final round 66 (-4) to win his first professional victory by an impressive eight strokes.

Finishing in a share of second was Daniel Kim of Toronto and Americans Rico Hoey and Jonathan Garrick.

Kim earned the Freedom 55 Financial Canadian Player of the Week honours as the low Canadian. He received a $2,500 extra prize for his -12 total.

With -20 total the winner, Lebioda, impressed a lot of people, but also showed himself a few things as well.

“I’ve been putting in a whole lot of work this offseason and changed a lot of things about my game and myself, and I’m really proud to see the results show,” said Lebioda, a Florida State alum. “This is re-affirming that the work I put in is good work.”

The victor punctuated his week with a 20-foot birdie on the last, evoking a first pump from him. Even afterward the dream-like finish still did not fully register with him.

“It hasn’t really sunk in yet. I’ll tell you, I did play well. I was very happy and very confident with my game, and I think these next few days I’ll let it sink in,” said Lebioda.

With the win Lebioda now moves into sixth on the Mackenzie Tour Order of Merit.

At the completion of play in Mirabel, the top three players on the tour’s Order of Merit, Robby Shelton, Johnny Ruiz, and Kramer Hickok, earned exemptions into this week’s RBC Canadian Open. 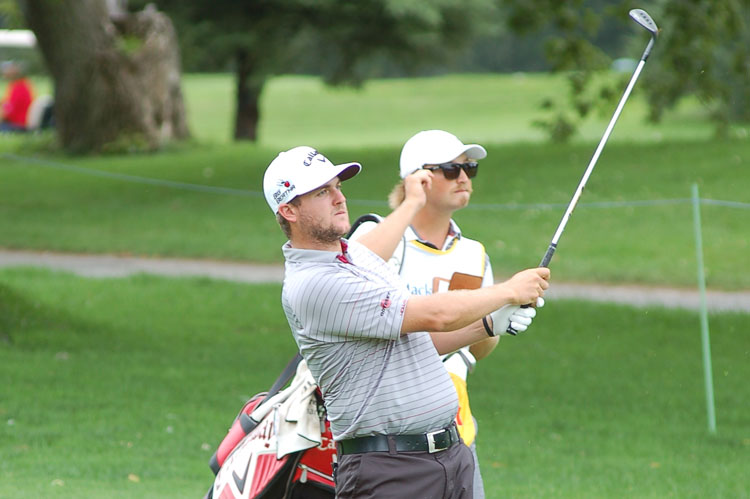