It started with a simple tweet the other day.  One of the “people” I follow on Twitter is the Rustico Resort.  The low key golf course and family-friendly resort property in Prince Edward Island just happens to be twenty minutes down the road from my parent’s house and has been a long-time institution on the Island.  The Langdale family, the owners, are well-known and highly respected.

Because of that this Tweet from @RusticoResort got my attention – “Proud to announce the launch of our new website,www.rusticoresort.com. Something positive during a difficult time.”

A difficult time?  More industry woes or something else?

I curiously clicked the link and what I found was a shiny new website for the Resort and a tale of trouble that was disturbing to read. It turns out the John-Anthony Langdale (Club Professional & COO of Rustico and former President of Golf P.E.I.) and his wife Lisa lost their home to a fire on January 7th.  While they are happy to say that nobody was hurt in the fire, the damage caused was to more than their home.

In the off-season John-Anthony often works from home and it was there that he had the reservation records for the 2012 Rustico Resort season.   As they put it “Nightmare on top of nightmare.”

With the new website the front page story tells of the fire and the reservations issue.  The Langdales want to be able to ensure all the reservations are sorted out and ensure that no double-bookings take place as new ones roll in.

Which brings us to the shining light of the story.

While many of Rustico’s Resort’s upcoming guests are likely to stop in on the website at some point, many of them may not.  This necessitates getting the word out to as many golfers as possible, in hopes that those with reservations will hear about the fire problem and follow up to confirm their bookings.

So, for us, we did what was natural.  We tweeted about the website and the problem created by the fire.  With 3,200 followers we figured it would boost the reach for Rustico as they are just getting into Twitter and have but 70 followers so far. It’s easy to do so it was the least we could do.

Then the magic happened – showing why I have so much faith in golfers and those who work in the business.

Within minutes of my Tweet, the retweets started to happen.  The came from colleagues like Chris Stevenson (National Hockey Writer of Sun Media), Rick Young (Business & Equipment Editor, Score Golf), Mike McCallister (ChapeauNoir Golf), and Golf Canada.  I even witnessed retweets by golf courses like the Summerside Golf Club, who are technically a competitor for business with Rustico.

I’m sure there were more retweets that I did not see but the bottom line is that it helped to reach 10’s of thousands of golfers and potentially those who Rustico Resort is trying to get a hold of.

As much as the golf industry can be struggle sometime, it is nice to see that people will take the time to not only read a plea for help, but make an effort to assist.

Be sure to link their website (by Facebook,Twitter, Pinterest, emails, any way possible) to share the news or if you have friends or family that are planning to visit Prince Edward Island this year for a golf vacation, ask them if they had booked in at Rustico Resort and make them aware of the situation.

Thanks to all for help; I know the Langdale family appreciates it. 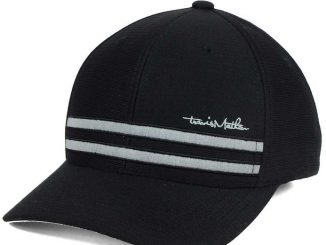 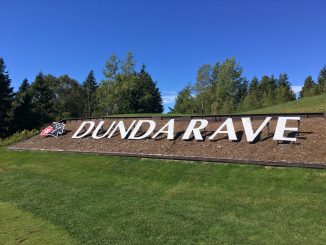