It would be the rare golfer who does not dream of making it of Augusta National Golf Club “one day”.  One Torontonian  is checking that off her bucket list a little earlier than most.

What’s even better is that eight year old Vanessa Borovilos EARNED her way to golf course that annually hosts The Masters, the most beloved of golf’s major championships.

The grade three student, already an accomplished player at her tender age, is just one of three Canadians and eighty participants overall who qualified for the 2015 Drive, Chip & Putt Championship on the Sunday before the Masters at Augusta National Golf Club in Augusta, Georgia.

“It’s pretty amazing to be going to the Masters. We’re flying in an airplane which should be fun and I’m really looking forward to the competition,” says Borovilos, who started working with Coach Doug Lawrie from Focus Golf Group in Burlington last summer. She will play and train out of Trafalgar Golf & Country Club in 2015.

Borovilos got her start in the game “way back” when she was just two and a half years old, playing mini-putt. By the age of three she had her first set of clubs.  She has already accomplished a lot in those five short years.

As a five year old she was teeing it up against kids four and five years older at Canadian Junior Golf Association events. Twice she has played in the US Kids World Championship, once at the famed Pinehurst Resort, and she has a 6th place finish on her resume in the six and under division at the Callaway World Junior Golf Championship.  This past winter she picked up a win at a tournament in Florida run by The First Tee Miami.

It’s heady stuff for a youngster but the rareness of a trip to the cathedral in the pines is not lost on her, even if it’s not the usual type of golf event where she is hitting a full complement of shots.

“There’s a lot of standing around and waiting for this one, but to be going to Augusta during the Masters and staying for a practice round it very cool,” says Borovilos who has been busy preparing with Coach Lawrie three hours each Saturday. (often including non golf activities like ping-pong)  She supplements that with three practice sessions at a local Golf Dome each week.

Lawrie, the affable and highly respected Head Coach for the Golf Association of Ontario NXTee Youth Golf Program is elated for Vanessa and recognizes she has some innate talents.  “She doesn’t like losing and she has that calmness and confidence around her when she’s competing that you don’t see in every youngster. We have made some pretty big changes to her swing over the winter and I’m excited to see how it plays out at Augusta and into the summer.”

To earn her spot at Augusta, Vanessa had to prove herself. She picked up wins at two qualifiers in Michigan last summer and then secured her place in Georgia with a victory at the regional final in Highland, Michigan.

All the while the young fan of LPGA star Lexi Thompson has received tremendous support from her family.

“It’s a lot of driving around to get to the different qualifiers. When you’re there, it’s a lot of waiting because they get two drives and you wait for everyone else, next it’s three chips and you wait again and finally they get three putts and that’s it, but for a trip to the Masters and to compete against the best from across the United States, it’s worth it and I think she’s going to have a great time at Augusta,” says her father Dino who will accompany Vanessa along with her mother and brother. There’s also a players’ dinner to attend at Augusta National the evening before the championship.

Vanessa will not be the only Canadian competing in the girl’s 7 to 9 age division. Jayla Kucy from Camrose, Alberta also earned her way in. As did Ryan Blair from Oakbank, Manitoba who won the regional finals of the boy’s 10 & 11 age bracket in Minneapolis, Minnesota to earn his spot in the championship.

The Masters is always a special week for golf fans but this year it is sure to be at another level for young Vanessa Borovilos and her friends and family.  No matter the result they’ll be a lot more chances to cheer her on in the years ahead.

She’s already signed up for the  2016 Drive, Chip & Putt Championship.

The will to compete?  This girls got it. 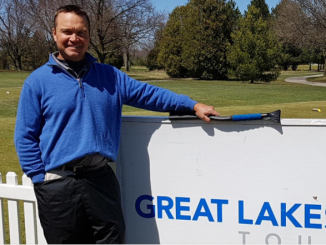 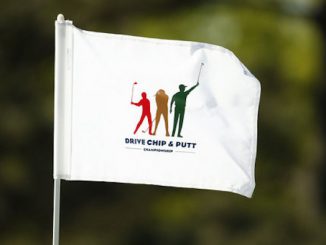 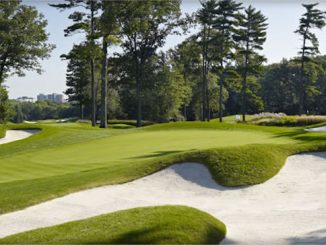