An emerging Ottawa area fitness facility is expanding their scope into the golf world and they might already be training the best golfer in the city.

It’s quite a start for a Laporte, who less than a year ago had no expectation of being where he is today.

The 36 year-old has a long history in athletics. A former football player at Mt. Allison University, he is well known as a coach in various programs around the National Capital Region.  His own fitness levels returned to centre stage for him after both his parents passed away from cancer in a short period of time.

The result was a boot camp type fitness facility, Bonafide Yu,  in Orleans.  That is where he was introduced to the 2014 Canadian Junior Girls’ Golf Champion, Grace St-Germain,  through her mother, Kathy, a figure skating coach.

“So I started training her (Grace) and a few other top athletes and that snowballed into opening Ottawa’s Premier Athletic Centre which is for elite, hybrid athletic training,” Laporte explains.

The remarkable part is that all this happened in under a year.

Even Laporte laughs when he considers it all. “I really was in a park training nine months ago. It’s pretty crazy.”

While the Orleans facility handles mostly everyday customers looking to keep active and improve their fitness the new centre, all  5,000 square feet of it, is targeted at a different clientele.  “It’s all athletic training.  It’s all kids and athletes trying to get to the next level and there are some pro guys here as well,” says Laporte.

A high percentage of the training at OPATC currently revolves around hockey (they even have a hockey treadmill where athletes can develop their skating power) but they can address all aspects of athletic training.  They offer yoga, spinning, a turf track, full squat racks and more. They also see the golf market as a growing opportunity.

“It’s been great so far to see how Grace has been doing in tournaments”, says Laporte who has been working with Germain since last October.

“Coming in she had the golf swing down but she had to improve her bio-mechanics and her core strength. Golf technique and equipment can only take you so far.  With Grace we work on a program that gets her stronger but also reduces her chances of injury. “

In the off-season Grace works 5-6 days a week with Laporte but has a program designed for her to use on the road during the golf season.   Much of it involves bodyweight work and things she can do in hotel gyms.

Laporte plans to develop a group of athletes at the centre for serious golf training.

“Golfers today with the plan to play collegiately or go pro realize that they need a serious strength and conditioning program to play at that level.  It’s such a huge component now.  If you want to play at a level like Grace then you can’t just go to the course and hope it works out, you need to really do a seriously focused program.  We can do that for golfers.”

If you need more information, you can check out their website at www.opatc.com 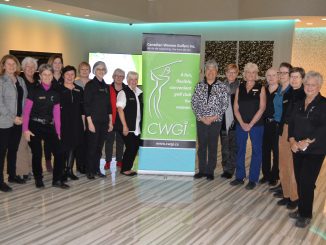 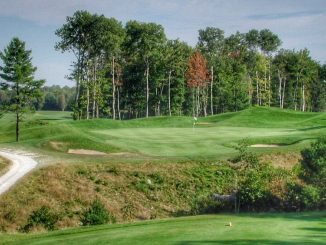 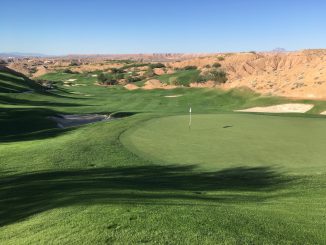 Las Vegas – Finding The Calm Within The Storm