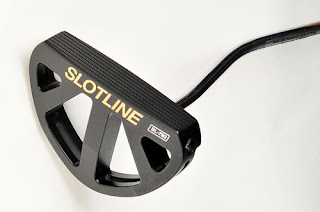 When I first saw the new Slotline putters designs, those created under the “new” version of Slotline – an iconic brand now controlled by Dynamic Brands, I had a certain sense of trepidation.

As a fan of the original Slotline putters – those that were grabbed up by more than a million golfers in the 1970’s and 80’s I felt a sense of protectiveness towards the line.

After getting a couple early looks at models courtesy of Canadian distributor Golf Trends and eventually by Chad Lehr, the brain behind the new Slotline designs – I had nothing but a sense of optimism about what these putters could deliver. And after getting a chance to spend a lengthy bit of time with the Slotline SL-782 Mallet – I am sold on the fact that even in a tough marketplace there is still room for the Slotline brand of putters. 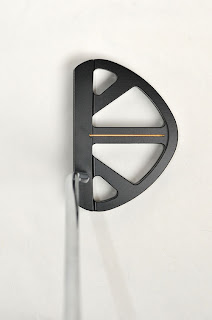 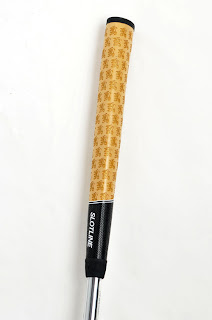 Look – First off, the mallet was my choice to test – it is a design I like and I am comfortable with, which makes getting “in touch” with a putter in a compressed review time that much easier.(Click on images for a closer view) While large, this putter is not obtrusive in any way. A simple, dark finish highlighted by a singular alignment guide ensures little distraction as you line up the ball. The clean lines of the clubhouse also helped me ensure proper alignment each time.

I like the traditional gold and black theme, a timeless one that should appeal to many consumers. It also helps to reduce any glare in bright sunlight. And as much as looks don’t matter is regards to how a golf ball rolls – the patterned milling on the clubface has a pretty funky appeal.

The theme is completed with a distinctive grip that often provokes questions from fellow golfers about “what putter is that?” In fact, once they found out that it was a Slotline many regaled me with stories of Slotline putters they or their friends owned over the years and how good they rolled the ball with it. That is a legacy you just can’t buy. 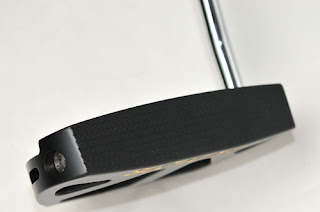 Feel – Feel is very subjective but it is such a key part of how people accept putters. Being highly linked to sound, the materials used play a huge role in how we perceive the “feel” of a putter. The use of fully milled 6061 aircraft grade aluminum is of great benefit here as impact is soft (almost muted with softer balls) – too dull for some but fine for myself. When I handed the putter over to a few golfers on the practice green for a couple rolls most expressed that they did not like the look of a mallet but that the feel was exceptional. Noting that many were using firmer covered golf balls, this plays into the hands of Slotline as they address the greater marketplace. 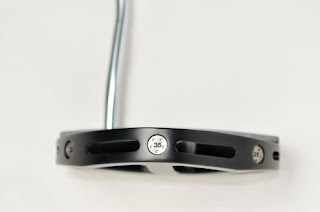 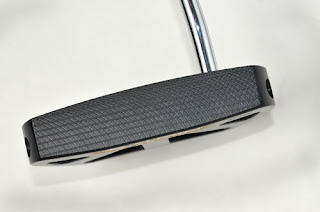 Performance – Obviously this is even more subjective but I have a couple things I look for in every putter. One is the ability to roll the ball smoothly right from impact which the 782 did admirably. The other is performance on mis-strikes. The Slotline proved very stable, resistant from twisting and provided a consistent feel through a large portion of the striking area. No doubt this is aided by the use of tungsten weighting at several points along the perimeter of the clubhead. 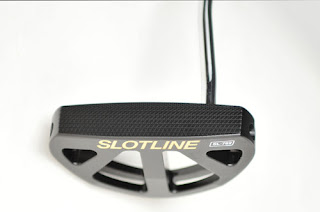 Bottom Line– In the end the Slotline SL-782 proved to be better than I had expected and that standard that I had set prior to it’s arrival was pretty high.

The model I tested had a mid-size grip that seemed a little large for my taste but other options are available. The larger grip likely contributed to me feeling that the putter was lighter than I had expected. I would love to see a customizable version in the future where you can alter the weight to taste.

In the end the success of these putters will come down to one thing – getting it into the hands of golfers. Once they demo it and get a feel for themselves I think a lot of golf bags will have Slotline represented in them once again.