Teams representing 52 OVGA clubs played in 13 Divisions at host sites across the region on Sunday, July 16th. The top “A” Division was hosted by Royal Ottawa Golf Club, whose team had finished 2nd in 2016.

They welcomed representatives from Carleton Golf & Yacht Club, Hylands Golf Club, and the defending Champions from Brockville Country Club, in the battle for the top class of the competition.

In total, some 416 players (8 per team plus an alternate) represented their clubs, after each making their way through qualifying.

At the big final, the host club team, Royal Ottawa, shared the lead with the Hylands Golf Club team with three matches left to be completed.

Royal Ottawa GC surged ahead in the 6th match when Dr. Kathy Keely secured six points. It was a lead they would not relinquish.

Royal Ottawa Club Captain Debbie O’Brien expressed what a thrill it was for their team to finally win the title. “We’ve been in “A” for the past 3 or 4 years so it’s quite an accomplishment for us to win it here at home We work really hard all year round and it’s a huge home course advantage, I won’t say differently.”

She gave full credit to the entire team noting that their “bookends” by age really stepped up their play to lead the team. “All the girls played well today and we had our oldest or should I say our most experienced (Kathy Keely) and our youngest (Megan McGregor) take 6 points each today.”

Overall no statement by O’Brien summed it better than, “That was really special for all of us.”

The home squad completed play with 30 points, including six point efforts by Keely and Megan McGregor, to win their first title in an event that has been played since 1997. Hylands finished with 27 points while Carleton Golf & Yacht Club took 18 points. Brockville Country Club, with 9 points, will drop down to B Division for 2018. The team from Camelot Golf & Country Club will replace them after winning the B Division this year. 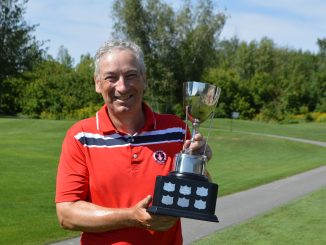 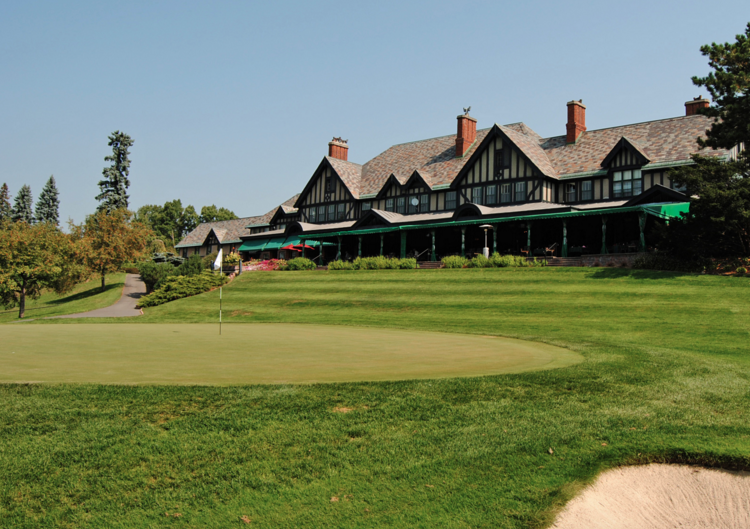 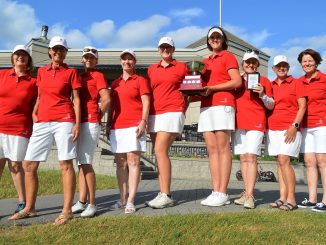