Michelle Piyapattra won the season opening event for the second year in a row on Wednesday (May 27).  A native of Corona, California, she shot a final round of 69 (-3) at the Glencoe Golf & Country Club in Calgary to win the title.

“I played about [the] same as yesterday, but near the end my putts we’re going in; really a lot more putts were falling today,” said Piyapattra, a LPGA Symetra Tour regular who was playing in her fifth career Canadian Women’s Tour event. “Last year I won as an amateur so it’s nice to come back and win as a professional and get the exemption into the [Canadian Pacific] Women’s Open.”

In a share of 5th place Kirby Dreher of British Columbia was the low Canadian.

Former Ottawa resident Grace Howie, playing as an amateur, tied for 29th.  Fellow Amateur Grace St-Germain of Ottawa tied for 41st.  Hannah Hellyer of Quinte West (ON) finished is a share of 62nd.

The PGA TOUR and Mackenzie Investments announced a six year agreement on May 27th that will see the company become the new umbrella sponsor for the Mackenzie Tour – PGA TOUR Canada.  the deal with the investment firm was announced on the eve of the opening event of the year for the tour, the PC Financial Open in Vancouver.

“We are extremely pleased to announce this landmark sponsorship and to welcome Mackenzie as the umbrella sponsor of PGA TOUR Canada,” said PGA TOUR Commissioner Tim Finchem. “Mackenzie’s involvement will enable us to continue to strengthen and grow the Tour throughout Canada.”

“Golf has a strong and proud history in Canada and we are thrilled to be umbrella sponsor of the prestigious PGA TOUR Canada,” said Jeff Carney, President and Chief Executive Officer of Mackenzie Investments. “As one of Canada’s largest investment management companies, we  are pleased to help support and inspire athletes in their pursuit of excellence both through our sponsorship of Mackenzie Tour – PGA TOUR Canada and Snow Sports Canada. We are also excited to be part of an organization that has contributed more than $2 billion to charity and we look forward to partnering with the PGA TOUR and continuing the tradition of giving back to Canadians.”

A year ago Nick Kenney was sitting in the clubhouse with a lead when Billy Walsh stormed in with a 66 to force a playoff at the PGA of Ontario Spring Open.  Kenney would come out on the losing end of that deal.

Kenney, a staff member at The National Golf Club of Canada, avoided that happening again on May 27th  with impressive play at the Taboo Resort & Golf Club by posting scores of 68-70 for the victory.  He fought off rain and bugs over two rounds to win the first major of the year on the PGA of Ontario calendar.

Simultaneously, the PGA of Ontario Women’s Spring Open saw Alexa Kim (Uplands Golf Club) put on a clinic, shredding through the over 6000 yard setup carding a 71, 72, 1-over to win the Open by eleven shots over second place Jennifer Jaszek (South Muskoka Golf & CC).

The PGA of Ottawa will host their Spring Open on June 8th at the Eagle Creek Golf Club in Dunrobin, Ontario.

On Sunday, May 31st, the Metcalfe Golf Club in Metcalfe, Ontario will host a Kids Clinic, Family BBQ & Golf.

The fun begins at 4 p.m. with a Children’s Golf Clinic with a PGA of Canada Professional with information available at that time on the Metcalfe Golf Junior & Family Programs.

At 5 p.m participants can enjoy a burger or hot dog off the BBQ with chips, vegetables, and dessert available.

To help them manage numbers pre-registration & payment is required online or in person before Friday May 29th, 2015

Here is a link to the same info – http://www.metcalfegolf.com/kidsclinic/

Manotick, Ontario’s Brad Fritsch begins play today at the Web.com Tour Rex Hospital Open in Raleigh, North Carolina. He tees off for the 1st round at 12:20 p.m.  Other Canadians in the field are Ryan Yip of Calgary and Ted Brown of Peterborough.

The LPGA Tour begins play on Friday this week for the Shoprite LPGA Classic in Galloway, New Jersey.  In the field from Canada are Brooke Henderson, Sue Kim, Alena Sharp and Soo Bin Kim.

The PGA Tour is in Texas this week for the AT&T Byron Nelson.  Canadians in the field include Graham DeLaet, Mike Weir, Adam Hadwin, Austin Connelly, and Roger Sloan.

The Golf Quebec Spring Open will be played Friday, May 29th.  Yvan Beauchemin defends his title in the 86th playing of the event held at Beaconsfield Golf Club,  There are 129 players in the field. 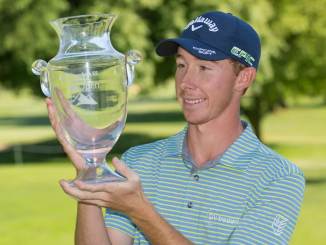 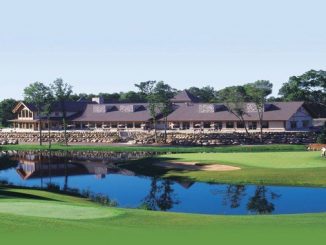