Noah Steele accomplished something significant on Sunday. Not only did the 19 year-old win the Flagstick Open Amateur Championship, he became the only back-to-back winner in almost two decades of Flagstick Golf Magazine-run tournaments.

Steele, a member at Cataraqui Golf & Country Club in Kingston, Ontario, earned the second title with scores of 70 and 67 at the eQuinelle Golf Club in Kemptville, Ontario.

The championship came down to a final nine battle that saw Steele going head to head with Cooper Brown of Renfrew, Ontario. Brown, who won the 2014 U.S. National Junior College Championship and now plays at Augusta University, was tied with Steele after round one. The pair stayed locked in step through 11 holes of the final round when a birdie by Steele on the 12th and a bogey by Brown finally created some separation.

Steele would make three more birdies on his way to the clubhouse to complete the two rounds in a cumulative -7. That was ultimately was four strokes better than Brown (70-71).

After hoisting the trophy Steele, who just completed his freshman year at Sam Houston State, where he is on a golf scholarship, was proud to be the event’s champion once again.

“It feels really good,” said the teen who returned from his school in Huntsville, Texas, less than two weeks ago. “I went away to school and learned an absolute ton about myself and grew as a person, and grew as a player, and now to come home and be able to put two days together was really nice.

The champion was well aware that Sunday was not going to be an easy test with cool and windy conditions also coming into play. He was also playing in a final trio that included Brown and another NCAA golfer Eric Macrow of Detroit Mercy. They also had a trio of other talented golfers just behind them, all with the potential to make a charge on Sunday.

“I knew I had to play solid. Cooper is good player and he hits it a long way so he takes care of a lot of golf course just with that. And even being tied after nine holes and part way into the back, I had to maybe wait for him to do a couple things if I was going to move forward, in all honesty,” Steele shared. “I was just able to get a couple putts to fall which I hadn’t had in that first 27; I hadn’t made anything really of length, so it was nice to have a couple go in.”

In the 2016 Flagstick Open, Noah completed play at -11 with a final round 65 and he says he drew on that a bit this time around.

“Yeah, on the closing few holes I had made a couple little hiccups yesterday and then even in the final round last year I had made a bogey on 16 to drop back and then played the closing two holes nicely so this year I wanted to close a little bit better. I just continued to push forward but it’s pretty cool to come down the stretch knowing that you can win for the second time in a row.”

While this victory is a nice homecoming, it will not be the start to a big summer for the champion, his freshman year was a busy one and he is adjusting accordingly. “The summer is going to be fairly quiet. It was a busy (school) year. I was able to play 7 or 8 of 11 (tournaments) while I was at school so I might pick up a few little things throughout the summer but it will be more so resting, training and kind of preparing to get back to school to play a busy schedule.”

The low round of the day (and tournament) was played on Sunday by Brad Revell, the past two-time Ontario Junior Champion and Mackenzie Tour – PGA TOUR Canada member, also from Kingston. He carded a 65 (-7) on Sunday to jump up into a share of third (78-65) with Mark Swansberg (74-69) and Ryan Sevigny (72-71).

The tournament is slated to return to eQuinelle once again in 2018 with the Victoria Day weekend as the target date. 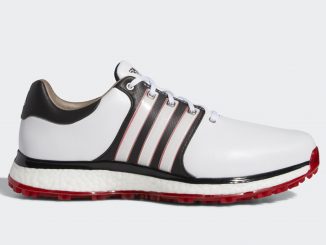 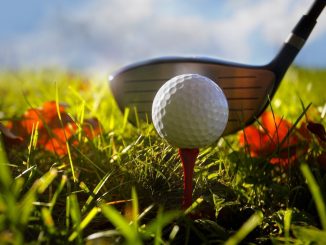 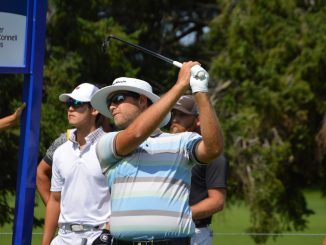