Northern Ireland may be famed for its championship links golf, but it also possesses glorious parkland courses.

Beyond capital Belfast’s five parkland beauties there’s a wealth of inland courses for golfers to play throughout the region. Some of them are at golf resorts where the fairways are just steps away from your room, while others are unsung jewels just waiting to be discovered by visitors.

There are three golf resorts in Northern Ireland, all of them offering extensive golf facilities as well as accommodation, bars, restaurants, recreational activities – and full-service spas with massage treatments, to help ease those aching muscles after a round or prepare the body for the next golfing foray.

Just 20 minutes from Belfast, and only 10 minutes from Belfast International Airport, the Hilton Belfast Templepatrick Golf & Country Club incorporates a 129-room four-star hotel and a par-72 golf course that stretches to over 7,000 yards. Designed by former European Tour pros David Jones and David Feherty, it opened in 1999 and challenges golfers with a mix of lakes and mature trees. Other golf facilities include a floodlit driving range, short game practice area and two practice putting greens. The resort also has a spa and health club, both of which were refurbished in 2014.

Located on a 600-acre peninsula between Lower Lough Erne and Castle Hume Lough in the Fermanagh Lakelands, Lough Erne Resort comprises a five-star hotel and the Faldo Championship Course – six-time Major winner Sir Nick Faldo’s first design in Ireland – that opened in 2009, as well as a second 18-hole course, the Castle Hume. The resort also has a golf academy featuring a private golf studio equipped with video and ball-tracking analysis.

Lough Erne Resort opened in 2010 and has 120 rooms, suites and loughside lodges. Its Thai Spa offers a dual treatment room ideal for couples, with treatments including a two-hour Golfers Tonic massage. The resort’s Catalina Restaurant is named after the World War II flying boats that were based on Lough Erne. Lough Erne Resort welcomed world leaders including Barack Obama, Vladimir Putin, Angela Merkel and David Cameron when it hosted the G8 summit in 2013.

Roe Park Resort lies in the beautiful surroundings of the Roe Valley Country Park. It is just a short drive from 2019 Open Championship venue Royal Portrush and other top links layouts as well as the Causeway Coast’s world-class visitor attractions, among them the Giant’s Causeway, a UNESCO World Heritage Site. The 18-hole parkland course gives golfers views of the Sperrin Mountains and Lough Foyle from elevated holes. A few years back the par-3 6th hole underwent extensive work including a new two-tier green as part of £1 million renovations to the course. Facilities also include an academy and high-tech indoor teaching studio.

Formerly a stately country house dating to 1729, Roe Park Resort’s four-star hotel opened in 1995 and offers 118 rooms and suites, two restaurants, including its restored 18th century Coach House, and a spa that is a teaching academy for Elemis. The resort offers a Couples Escape package that includes dinner, bed and breakfast plus a mud skin treatment for two followed by a couples massage.

Although not connected, Galgorm Resort & Spa is close by for those playing golf at Galgorm Castle Golf Club and it features a new riverside Thermal Village. A couples package includes bubbly and truffles on arrival, use of the Thermal Village and a Deluxe Duo treatment, with optional four-course meal and a cocktail or glass of wine. The resort was the host hotel for the Dubai Duty Free Irish Open in 2017, played at Portstewart Golf Club.

Galgorm Castle Golf Club is laid out through mature wooded grounds in the heart of the 220-acre Galgorm Castle Estate, alongside its 17th century castle. It stages the annual Northern Ireland Open, part of the European Tour’s Challenge Tour. A Fun Golf Area at Galgorm is aimed at families and features a six-hole pitch and putt course and the Himalayas putting green, a scaled replica of the famous St Andrews attraction.

Among Northern Ireland’s best-kept golfing secrets, Kilkeel Golf Club is a picturesque parkland layout at the foot of the Mourne Mountains in the far south-west that has played host to qualifiers for the British Amateur and Senior British Open events.

The region boasts several centenarians outside of Belfast. They include: Massereene Golf Club, established in 1895 and offering a challenging course on the shore of Lough Neagh; Newtownstewart Golf Club, founded in 1914 and laid out through venerable oaks and beech trees in the Baronscourt Estate, home of the Duke of Abercorn; Tandragee Golf Club, dating back to 1911 on the Duke of Manchester’s Estate with bunkers including some resembling America’s Great Lakes that were designed by the Cincinnati-born Duchess of Manchester; and Omagh Golf Club, which was extended from a nine-hole course built in 1910 to 18 holes in 1983.

Several excellent seaside courses lie in the shadows of renowned venues. Just around the coast from the celebrated Royal County Down, the short but spectacular Ardglass Golf Club links hugs the rocky shore and cliffs, with several holes offering views across the bay to Coney Island. Golfers can enjoy the craic after their round in the bar of the oldest clubhouse in the world, originally built as a castle over 600 years ago and with cannons pointing out over the fairways just in front.

Kirkistown Castle Golf Club, on the Ards Peninsula, is the closest links course to Belfast and was designed by legendary architect James Braid, while Ballycastle Golf Club, a mix of parkland and links, lies opposite Rathlin Island on the Causeway Coast alongside the ruins of 500-year-old Bonamargy Friary. Cairndhu Golf Club is a parkland course with several holes right by the sea, its signature, par-3 2nd hole ending in a green perched on a rocky headland.

However, few courses can match the historic connection enjoyed by Foyle Golf Centre, on the outskirts of Derry below the Donegal Hills. Its championship parkland course is named after aviation pioneer Amelia Earhart, the first woman to fly solo across the Atlantic. She made an emergency landing at the end of her historic flight in 1932 on what is now the 6th green of the Earhart Course.

Whatever your preference, Northern Ireland’s park life golf is a hit. 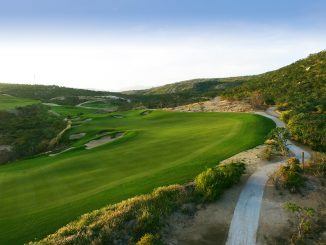 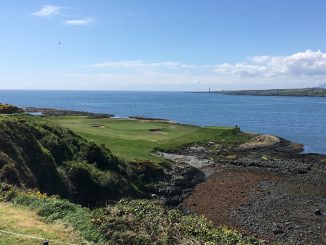 Glimpses of Northern Ireland: Living Up To The Hype 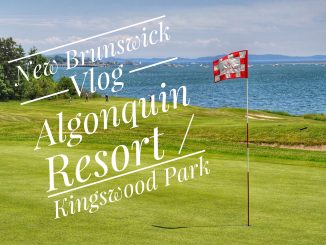