Ancaster, Ontario – “We The North” might be the dominant slogan on the lips of Canadians these days as the Toronto Raptors nudge closer to an NBA Championship but at the RBC Canadian Open this week, it was the Northern Irish that could have chanted it on their own behalf. Canada’s Adam Hadwin could have joined in as well, in his own way.

Rory McIlroy dominated play with a final round 61 and a 258 total to earn a seven-stroke win while his countryman, Graeme McDowell, played his way into The Open. It will be played in his hometown of Portrush next month.

At the same time, the tournament itself proved to be wildly successful with full and boisterous crowds, adding a major point of pride for the host nation. They can also celebrate one of their own, Adam Hadwin, winning the Rivermead Trophy as low Canadian professional in 6th place overall. Hadwin also earned a spot in The Open, saved for up to three players in the top ten who had not already qualified.

But “the show” was clearly McIlroy who started the day tied for the lead with Webb Simpson and Matt Kuchar, but clearly separated himself almost immediately in his quest to win a 6th different National Open title.

With birdies on five of his first seven holes on Sunday, there was plenty of time for the crowd to enjoy the coronation of their new champion.

When he made four more on holes 11 through 14, the rest of the field all but threw down their clubs in defeat. Even Rory changed his focus after that.

“I think by the time I got to the 14th tee I wasn’t really thinking of winning the tournament. I was thinking of trying to shoot 59,” McIlroy revealed after accepting the trophy.  I had to reassess my goals a little bit in the middle of that back nine. This is what I feel I can do.  I’ve been able to do it before.  It was nice to get back to that feeling.  It’s been a while since I won by a few shots.”

In his first trip to Canada, the reward for Rory was his 16th PGA TOUR victory which he felt was a culmination of things that happened over the last nine days.

“Yeah, delighted to be sitting up here,” he exclaimed as he sat with the trophy and addressed the media, sharing that he was glad to add Canada to his schedule after missing the weekend of play in Ohio last week.

“I did a little bit of extra practice over the weekend; felt like my game was a little better coming in here; then had some really good signs over the first couple days. Played nicely, got myself into position or thereabouts. I think I was five off the lead going into the weekend.

Then yesterday I just felt really comfortable with my game and I played aggressively. Was sort of swinging very freely. Shot that 64 to get myself tied for the lead today. I think what I’m proudest of is still playing with that freedom today going out being tied for the lead. Just putting my foot down and really making this tournament mine”

His, it was, as his lead was eight shots over the field until he closed with the final hole bogey.

It also appears that he wants to make winning in Canada a habit, or will at least give himself a chance at it as he immediately addressed whether he would return to defend his title.

“I’ll definitely be back,” said the 30-year-old who now has 25 wins worldwide. “As I said, obviously looking ahead and where the date is in the schedule, I really want to play stretches of golf around the majors. I think I’m already looking forward to coming back and defending the title.”

As he reiterated all week, McIlroy also knows that this is not just another title, but a win at the 3rd oldest National Championship in the world. The gravity of that was apparent as he sat looking to the silverware and was prompted to reveal his thoughts.

“I mean, even just looking at some of the names on this side of the trophy. Sam Snead, Bobby Locke, Arnold Palmer, Tiger Woods, Nick Price. I mean, some of the greats of the game have won this trophy, for me to put my name on it is something I’m very proud of.”

Adam Hadwin, who started the final round just one stroke off the lead, had hoped for better but admitted he just did not have his best stuff to close out the week.

“I feel like I had an opportunity today and just didn’t get it done,” said the Abbotsford, B.C. golfer. “It could have been a lot worse. I could have let it get sideways. Attribute that to the fans, this event, whatever it is, but I’m proud of the way I hung in there and kept giving myself chances down the stretch.”

Hadwin said his goal was a top three finish to get into next week’s U.S. Open and forgot that he had a chance to get into The Open with a big finish. Now that he is aware he says he will try to make the most of the opportunity.

“Disappointed as I am, it’s nice to get into another major this year.  We’ll rest up, prepare, and get ready to go for that.

Hadwin and Graeme McDowell were the only two golfers not already exempt for The Open to finish in the top ten, allowing McDowell to return home this summer to compete at The Open Championship.

Already a winner this year but not exempt for the major that is returning to the village where he grew up for the first time since 1951 at the Royal Portrush Golf Club.

This week was one of the last opportunities for him to qualify and he succeeded.

“I think I had (a) reasonable belief in myself that I was going to be able to take care of it one of these weeks,” said McDowell who not only grew up at The Open host venue but also has a brother that works on the grounds crew at Royal Portrush. “Obviously, as the pressure started to build it was going to be more difficult as it went along. Awesome to get it done here. It’s been such an amazing week.”

All week McIlroy was lauded by the crowds who were equally supportive for the event, the Canadians in the field, and even the evening concerts that helped sell out Friday and Saturday ticket sales.

Chief Marketing Officer for title sponsor RBC, Mary DePaoli, was delighted at the turn of events, even before Rory took down the championship. She stated Sunday morning, “We set out three years ago with an ambition to make this one of if not the best stop on the PGA TOUR’s calendar, and I think the combination of our field, the weather, and everything that went into creating a festival atmosphere has got us to that point.”

Golf Canada CEO Laurence Applebaum agreed, “The city of Hamilton has been an unbelievable host, along with the Hamilton Golf & Country Club. Not only do we hear the very public comments players are making about how much they’ve loved it, but it’s those small really authentic player-to-player conversations that we’ve been part of where they truly have loved this course and this experience.

I think maybe the proudest moment for us as an organization is to hear the best players in the world raving about the entire experience that they’ve had here at the RBC Canadian Open. It’s going to be a record on almost every single metric that we measure…

From attendance to concessions to hospitality to fan support to the strength of our field, it is a very special moment in the 110 years of that event being played.” 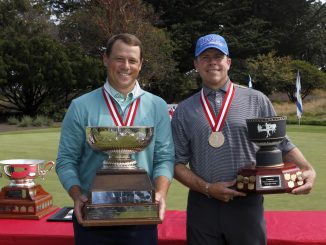 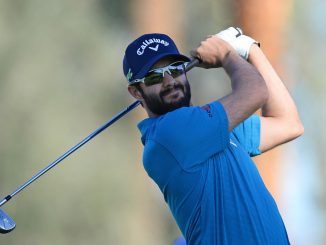