Hendershott and Kelly, who founded the professional tour in 2000, and operated it under their company, hi5golf, inc., will turn their attention to their growing amateur circuit. “The Amateur component of our business has exploded, and our focus has to shift,” sated Hendershott.  He and Kelly will operate nearly 110 amateur tournaments across Canada in 2013

“The Great Lakes Tour is very close to our hearts as it has afforded many great playing opportunities throughout the years. We have graduated many players to the former Canadian Tour, Web.com Tour, PGA Tour and the Champions Tour. More than 4 million dollars in prize money has been distributed in the last 12 seasons. It’s a needed Tour in the Canadian golf landscape,” said Kelly. “We didn’t just want to shut the door on the players. There have been many other tours try to start up over the years with little to no experience or success. The Professionals are important to us, we did not want to leave them vulnerable to any unknown who does not have all the players best interest at heart. We are excited for David”

A press released issued Sunday night says the deal has been in the works since 2011.

Brisson, a former PGA of Ontario member, was most recently the General Manager (North America) of Glenmuir Limited, a knitwear and golf clothing company founded in 1891 in Scotland, and also has experience in media and product distribution.

During nearly 6 years as a PGA member he worked at prestigious golf clubs like King Valley, Donald, and Magna. He also spent time as a player on the Great Lakes Tour.

“Our goal is to move players up the professional food chain,” Brisson commented to Flagstick Sunday night when reached by email.

He will be joined on the new venture by his father, John, who will be a co-owner of the Tour.

The elder Brisson is recently retired from 35 years in the financial industry and will use his business acumen to handle all the accounting and business development operations for the Tour.

Both Brissons are eager to build on the already well-established tour.

“I’m excited about returning to the Tournament side of the business,” said David. “The platform is truly set, Dennis and Kara have built a statistical program that houses the Tour and a brand that has become well known as an integral part of developmental golf across Canada. We are thrilled about the acquisition of the Tour, everything is turnkey and we are ready to go.”

Brisson added “We have some innovative and exciting plans already in motion. There has been a new player board established, we will roll out an introductory $99 Membership, currently there are 18 tournaments confirmed, the full schedule will launch later this week on the web site” 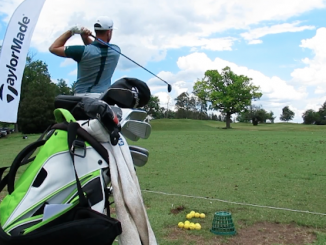 Guest Post: Once Upon A Time In Paris (Vlog) 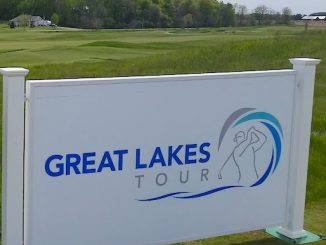 A Busy Week For The Great Lakes Tour With New Affiliations