Even as the snow envelops the Ottawa region there is still some golf news to share today.

After a lengthy process the proposed changes for the Ottawa Golf & Hunt Club are finally a reality.

In the past year the club called for submissions of proposals from architects around the world resulting in the selection of Hurdzan/Fry as their architect of record.  Michael Hurdzan completed a plan for the venerable 27-hole facility which was recently presented to the membership.

In correspondence with Ottawa Hunt & Golf Club General Manager and Chief Operating Officer Theo Mayer he confirmed that the plan will move forward.  “The members approved rebuilding all the greens on the south and west nines as well as building a new practice are. Renowned golf course architect Michael Hurdzan did the master plan for the project and will oversee the construction phase.”

As for a timeline, Mayer says it will be a lengthy process but one that will be done in a way that will make as little inconvenience to the membership as possible.

While one golf course moves forward, the owner of another Ottawa area golf course is calling an end to a long-standing charity event.

In a letter to his supporters of the Karen Taylor Memorial Golf Tournament, Manderley On The Green Owner Don Ferne says he has made the difficult decision to discontinue the event, which is run in cooperation with The Ottawa Hospital Foundation, after 15 years.

This year’s tournament alone raised $30,000 each for “Karen’s Fund” and “Cure Diabetes”.

The letter said, in part:

“The running of the tournament has been a wonderful experience for Judi and me. To see first hand the kindness and generosity of so many, year after year, has been truly inspiring. Those of you that attended this year’s event heard me speak of all the gratitude that I have for the wonderful relationships that I have because of what we have accomplished. When we started 15 years ago we dreamed of such success but I honestly would have been thrilled if we could have gone on for 5 or 6 years. Karen’s Fund is now self-supporting at the present level of bursaries that are distributed annually to our Ottawa nurses. Cure Diabetes has a significant role in supporting diabetes research and continues to assist those who have financial difficulties because of their disease. Any continuing assistance you could make to Cure Diabetes will make a great difference in other peoples’ lives.”

It has been a very difficult decision for me but I have decided that last year’s tournament was the final one. As time goes on I find that I do not have the energy and stamina required to put the event together. I know some of you will be disappointed but hopefully you understand my reasoning and take pride in all that you have accomplished in making a difference in the lives of so many others.

To all of you I can only say thank you, thank you, thank you! Judi and I will continue to work in other ways to raise funds for both of our causes and I hope that many of you will continue to support them as well. The Ottawa Hospital Foundation does a wonderful job of handling the distribution of the funds and all you have to do is let them know is how you would like any contributions you may make allocated and they will make sure it is done.” 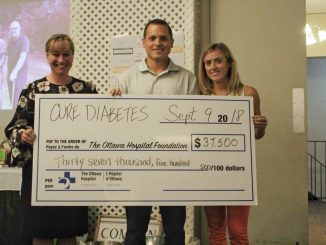 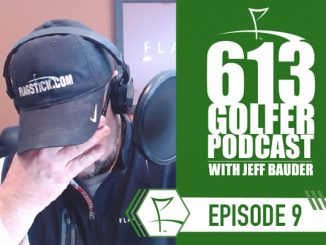 Renovations On The Way For Ottawa Hunt Club