For the third time the junior team representing the Ottawa Valley Golf Association has won the Golf Quebec Inter-Regional Championship.

The eight-player Ottawa squad (6 boys and 2 girls), who also won the title in 2012 and 2016, was victorious on Sunday at the Lachute Golf Club after two days of competition. This was the 8th playing of the championship designed to have the players aged 16 and under from the 9 regions of the province (8 competed this year) face off against each other in a friendly affair. The Stableford scoring event event is the final leg of the 2018 Provincial Junior Tour presented by Daigneau Eau de Source.

The Ottawa team was made up of Alexander Brisebois and Mathis Rollin (juvenile), Ellis Kinnaird and James Newton (bantam), as well as Ashton Proulx and Yaorui Xu (pee-wee). Chelsea Fracke and Lauren Gervais completed the team in the girls’ division. They were supervised by their Regional Coach, PGA of Canada member Derek MacDonald of The Marshes Golf Club.

“The kids really took to the tournament format,” shared the proud coach who praised the efforts of the team. “They loved the team environment and were very supportive of each other’s role in the 2 different formats (scramble, alternate shot). It was fun to see the emotion and excitement in each of the players for the two days. They were definitely out there playing for each other and it was a pleasure to be a part of.”

In round one on Saturday, Team Ottawa got off to a fast start in the two-person Vegas format.

Alexandre Brisebois and Mathis Rollin led the way in the juvenile boys’ category and gained a second place foothold in the bantam boys’ category.

Turning to alternate shot – stroke play on Sunday the Ottawa team was once again paced by their juvenile boys with the balance of the team also placing highly.

The result was a total of 61 points in total, enough to win the title by seven points over the Montréal-South team who were the defending champions. The Montréal-North team ranked third with 51 points. 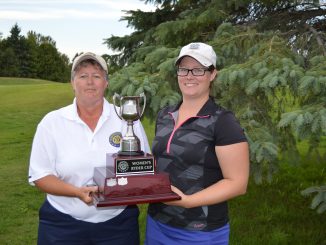 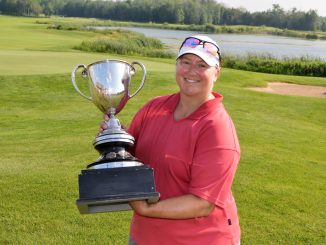 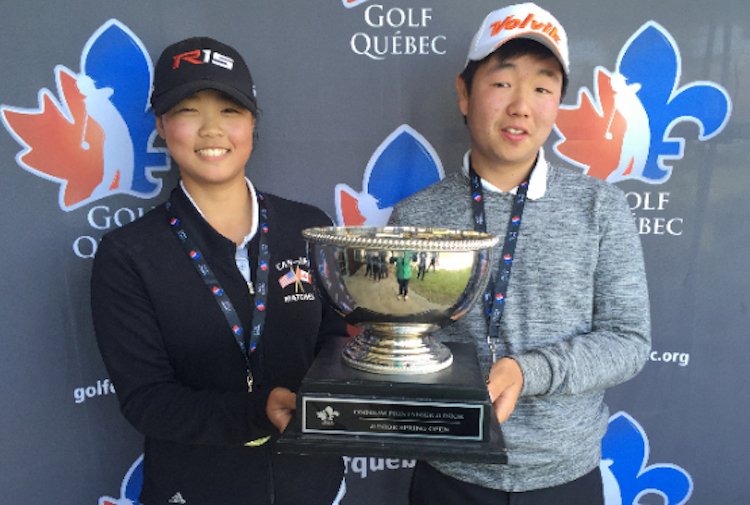