The first two events on the men’s and women’s Ottawa Valley Golf Association tournament schedule were held on Friday, June 18 at The Meadows Golf & Country Club in Ottawa, Ontario and on Tuesday, June 22 at the Casselview Golf Club in Casselman, Ontario.

Men’s Division (Shortened to 9 holes due to rain)

Congrats to the winning teams who endured a rainy wet day on the links. All players were given a commemorative OVGA 100th anniversary ball marker.

The field day held on the Casselview Golf Club on Tuesday was also an OVGA Match Play qualifier. A good field of 88 men and women toured the well conditioned golf course on a cool but dry day.

In the men’s competition, Alex Marcoux from the Royal Ottawa led the way with a score of 1-under par 71. Tied for 2nd place at even par were Eagle Creek’s Julian Myers and Royal Ottawa’s Brendan Kuffner. Alone in 4th place with his score of 1-over par 73 was David Lafreniere from the Ottawa Hunt & Golf Club.

Charles Greene from the GreyHawk Golf Club finished in first place in B Division with his score of 8-over par 80.

Public player John Taylor finished in first place in the senior men’s division with his score of 1-under 71. Close on his heels with his even par round of 72 was Peter Harrison from the Ottawa Hunt & Golf Club. Third place went Smiths Falls Tom Henderson with his score of one over par 73. 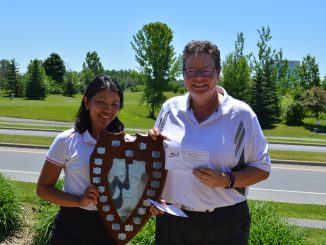 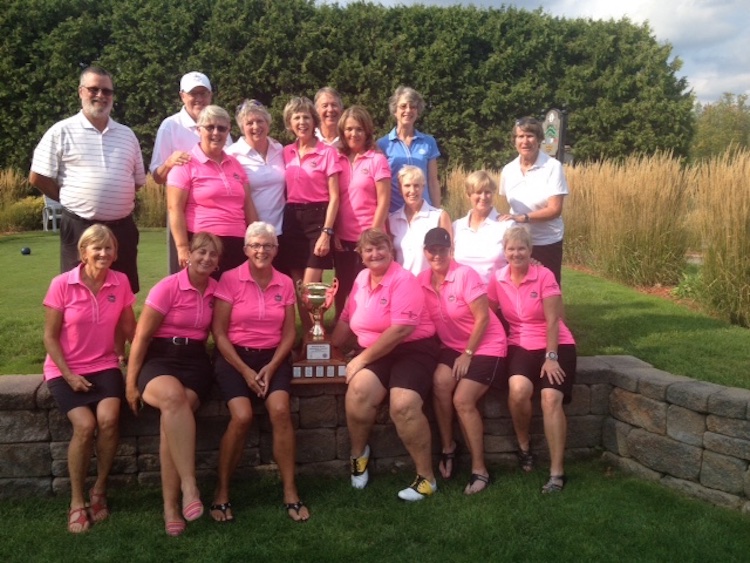 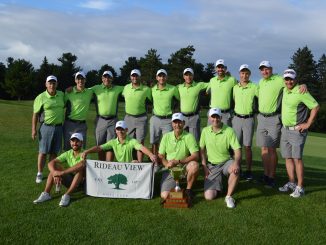