The OVGA Cup is a relatively small event and entry is only available to the top 45 OVGA Order of Merit Competitors (15 Women, 15 Men, 15 Senior Men) who have played in a minimum of two OVGA competitions during the golf season. At the conclusion of each regular season tournament, competitors are awarded OVGA Order of Merit points based on their finish in these events.

Yet, on one of the most pleasant days of the 2021 golf season in the Ottawa area, only 39 Ottawa Valley Golf Association competitors were in the field.

But, enough of the history lesson as far as the OVGA is concerned.

At the end of the day on Friday, Diane Dolan from the Hylands Golf Club, John Taylor from the eQuinelle Golf Club and Brendan Kuffner from the host Royal Ottawa Golf Club took home the OVGA Cups in women’s, senior men’s and men’s competition.

“I’m really happy about my win today,” were the words from Diane Dolan who was just last week inducted into the OVGA Golf Hall of Fame. “I have been working on my putting and today it paid off. So I’m very happy with the results. I love the OVGA Cup and we’re playing on great venues. The Royal Ottawa golf course was in perfect condition and the greens were very challenging.”

The Women’s 2021 Order of Merit winner for the third year in a row with regular season and OVGA Cup points accumulated was Lise Jubinville from the Hylands Golf Club.

“Overall, it’s been a good season”, said the three-time Order of Merit Winner Lise Jubinville. “I struggled with my game at times during the season especially during the match play. I look forward to playing in the OVGA Cup competition as we get to play such awesome courses and the OVGA has done a great job promoting it. I wish we could get more women to play in the competition.”

It took a four-hole sudden-win playoff, but eventually eQuinelle’s John Taylor took home the OVGA Cup in the senior division over Greg Clarke from the Ottawa Hunt & Golf Club. Both players posted scores of four over par 75 necessitating the playoff. Third place in the senior men’s division went to Jimmy Crawford from the GreyHawk Golf Club with his score of 5 over par 76.

When asked about his OVGA Cup win, John Taylor responded, “This was a nice win. It’s always a treat coming to play at the Royal Ottawa Golf Club. It was in immaculate condition. As for the remainder of the season, I just heard that I’ve qualified for the Canadian Senior Championship and I still have to play the Ontario Senior Provincial Championship. Judy and I are playing out of the eQuinelle Golf Club this year and thoroughly enjoying ourselves.”

For his efforts and points collected during the 2021 golf season and his runner-up position today, Ottawa Hunt & Golf Club’s Greg Clarke was named the 2021 Order of Merit winner in the senior division.

Brendan Kuffner from the host Royal Ottawa Golf Club and Craig Brennan from the Brockville Country Club both finished their competition rounds in a tie for first place with scores of 4 over par 75. In the following sudden-win playoff Brendan was declared the winner after two holes. Tied for third place one stroke back were Adam Searle (Hylands GC), Jared Coyle (Carleton G & YC), Dylan Rouse (Eagle Creek GC) and Brad Goodman (Greensmere GC).

Brendan Kuffner, the OVGA Cup Champion and the Order of Merit Winner, was quoted, “This was the best end for my season winning both awards. This was a good year for me and my golf game really improved. I’m getting out and playing as much as I can and the Royal Ottawa is treating me like gold. It’s nice to come back to the tournament circuit. I didn’t think I had it today but Craig Brennan and I both got hot down the stretch and we had a great competition all day. I was fortunate to win in the playoff.”

Based on favourable comments from OVGA competitors in this year’s OVGA Cup, this event can only grow and prosper in the future. In the opinion of this former OVGA President and Tournament Director, it’s a welcome addition to the Ottawa Valley Golf Association Tournament Schedule.

Final scores for this OVGA Cup competition and the updated OVGA Order of Merit point totals can be viewed on the OVGA Website. 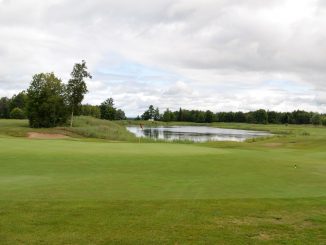 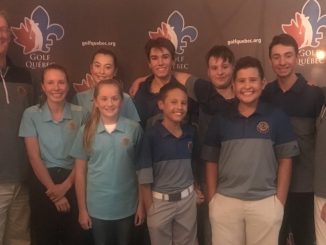